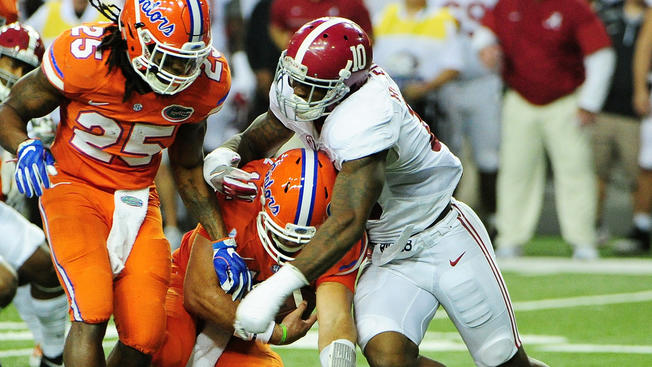 Do not expect the Saints to draft a Linebacker!

I did 1 hour of speed mock drafts. I mocked around the clock. The idea of the speed mock draft is to see what position has the deepest in talent left when the Saints pick. In other words; “What is the immediate depth at those spots“.

The draft is for adding depth, not signing starters. If you NEED rookies to start you have lost the season already. So you list your positions and address your “Must haves” in free agency. Then you only have “Should have” positions left. You analyse what you can get most likely in the draft and those positions that are not available you address even more in free agency. That is what the saints did.

I did the same thing by doing 14 mock drafts; knowing only Saints needs and very little about players nor other team needs. I kept a score per position; 1 point if in the top 8 players left the position was twice represented. 2 Points if it was represented more then that. This is what I found and it made the Saints Free Agency clear to me.

What this concludes to is that there is a good chance the Saints can draft a player at a position they “Should” improve except for Linebacker. Now I am not saying there is no Linebacker available at all, but this data tells us that the chance of getting a Linebacker without reaching is small. Really small! That is why they added Te’o even after they had already added Klein.

Stay tuned for tomorrow when I will post Part 2; what can you expect the Saints to draft.

I would like to add that I tried to keep the draft honest. I used Fanspeak and the fanspeak draft list but I did not agree with their list of priority needs for the Saints. So I did not trust it to be right for other teams. I used User-voted priorities.
I always drafted the best available player the Saints would possibly take using these rules: