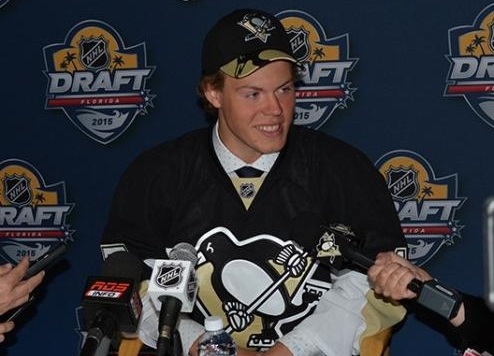 When the lineups were announced for Pittsburgh’s most recent game in Winnipeg, it marked the 13th straight time from the start of the season that Josh Archibald was healthy-scratched. Meanwhile, Ryan Reaves played his 13th straight game, clocking in at 9:02 of ice time.

With the first calendar month of the Penguins’ season complete, most hockey watchers have noticed the obvious: Reaves’ average ice time (just 7:11), is quite small even when comparing him to other fourth line wings around the NHL. In the limited game time that Reaves has skated, head coach Mike Sullivan deployed him mostly against the opposition fourth line and bottom defensive pair.

However, two weeks ago in New York where Pittsburgh rallied to win in overtime, Reaves skated a season-low 3:20, belying the stated reasons the Penguins gave when they traded for him in the summer. Shortly after the Pens tied the score 3-3, Reaves skated his fifth and final shift of the game then sat out the final 17 minutes of the game. Clearly, the coach does not trust Reaves to contribute as a “sound two-way player” in any remotely high-leverage situation. (His usual linemates Carter Rowney and Tom Kuhnhackl saw ice time after Reaves’ final appearance, but in limited shifts).

Let me be clear: None of us at the Pensblog are jammed up about Ryan Reaves nor are we hitting the panic button nor stuffing our heads into lit Hallowe’en pumpkins after the season’s first month despite several team-wide meltdown/blowout losses. The Penguins still have a winning record despite the league’s worst PDO and the third-worst goals against per game. As Pensblog Leah wrote a short time ago, Pittsburgh’s scoring, currently sitting in the lower one-third of the NHL, will likely progress upward when the shooting percentages of the team’s top forwards normalize in the direction of their career averages.

However, we all want the Penguins to use their hockey resources in the most efficient manner to improve the team. Presently, I believe the organization is not doing this when considering the trio of Reaves, Archibald and top AHL prospect Daniel Sprong.

During last evening’s “Watch the Game” weekly joint podcast with Pensblog Leah, Pensblog Pat and our Pensburgh brother Jim Rixner, there was a discussion about whether management is strongly urging/handcuffing Sullivan into continually dressing Reaves, a player GM Jim Rutherford acquired, since the inexplicable permanence of Reaves in the lineup with such minimal ice time is starting to defy all logic.

To expand on that, it might simply come down to money, as it sadly all too often does in professional sports. Reaves and Archibald are similar players. Both are right-shooting wings. Reaves has a clear size advantage on Archibald, but in terms of playing time, Archibald averaged 10:51 over 10 regular season games last season and 7:51 in four playoff contests, mostly against bottom six opposition, ice time figures and competition usage very similar to Reaves. Archibald has played sparingly on the penalty-kill but both players essentially see mostly even-strength minutes and contribute negligible offense. So why have the Penguins not tried Archibald even for one game this season? Reaves is making $1.125-million and Archibald $675,000. Since the two players are similar in role and productivity, the organization saves face by continuing to dress the higher-salaried player who cost a first-round draft pick and came with the billing (rightly or wrongly) of being the new protector for the team’s constantly-harassed stars.

What does not make sense from an on-ice perspective is why Archibald remains a Pittsburgh Penguin. Since the 12th forward spot is creating insignificant offense, Sprong’s productivity in the AHL stands out even more glaringly. If Pittsburgh continues to view Archibald’s value as “zero” based on games played = “zero”, then why not promote Sprong?

Again, I believe it comes down to money. Nineteen days after acquiring Reaves, the Pens signed Archibald to a two-year extension. Importantly, Archibald received a one-way contract meaning he will be paid his full NHL salary even if he plays for Wilkes-Barre/Scranton. Ideally, the Penguins would promote Sprong, the top AHL rookie goal and point scorer and the league’s overall top power play goal scorer. He is on a two-way contract with an NHL cap hit ($692,500) almost identical to Archibald. Furthermore, two years ago, Sprong played 18 games in his rookie NHL season, exceeding the 10-game “Entry Level Contract Slide” threshold, meaning that 2015-16 season was officially the beginning of his three-year contract. This season is the final year of his deal. While he is not eligible to mine the riches of arbitration or unrestricted free agency for a few years, Pittsburgh should do the right thing and extract some value and productivity at the NHL level from Sprong while he remains on entry-level wages.

Moreover, putting Archibald through waivers – with little chance of another team putting in a claim – would allow him to at least get playing time in actual games. However, could Pittsburgh stomach paying Archibald even minimal NHL money while playing in the AHL? Maybe not. Look: money may be a major and significant reason for Archibald living in roster purgatory while Sprong’s skills remain untapped by the Penguins. However, I acknowledge it is not the only one. Sprong is still only 20 with a lot to learn in both halves of the ice. There’s no guarantee that Pittsburgh can replicate the success they obtained by promoting Jake Guentzel, like Sprong, an AHL rookie last season.

But it’s worth a shot. Sprong is waiver-exempt, meaning they could shuttle him between Pittsburgh and WB/S without risk of losing him. I also don’t think a slump at the NHL level would destroy his confidence or set back his progress. His development and productivity seem ahead of schedule anyway. Rutherford dropped an interesting hint a few days ago when interviewed by Josh Yohe of The Athletic (subscription required). After noting that the 20-game mark is when he would make a full assessment of the team, the GM said:

“It’s not just about scoring goals. We know [Sprong] can do that. It’s about his play away from the puck, the other things that a player needs to do at this level. I will just say this: He’s off to a good start, and it hasn’t gone unnoticed.”