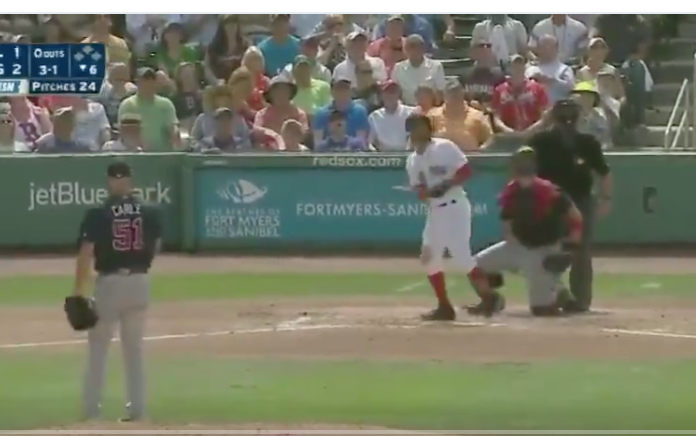 Red Sox star Mookie Betts is known for his speed in the outfield, as well as his power at the plate.

And while it may only be spring training, he still managed to show that he’s nearing midseason form, at least from a power standpoint. Betts came to the plate in Saturday’s exhibition game against the Braves. It was a cloudy day, and, as such, Betts had no problem seeing the ball. He crushed one particular pitch in the sixth inning so hard that it sailed out of JetBlue Park.

We’re not even sure if that ball has landed yet. What a moonshot.