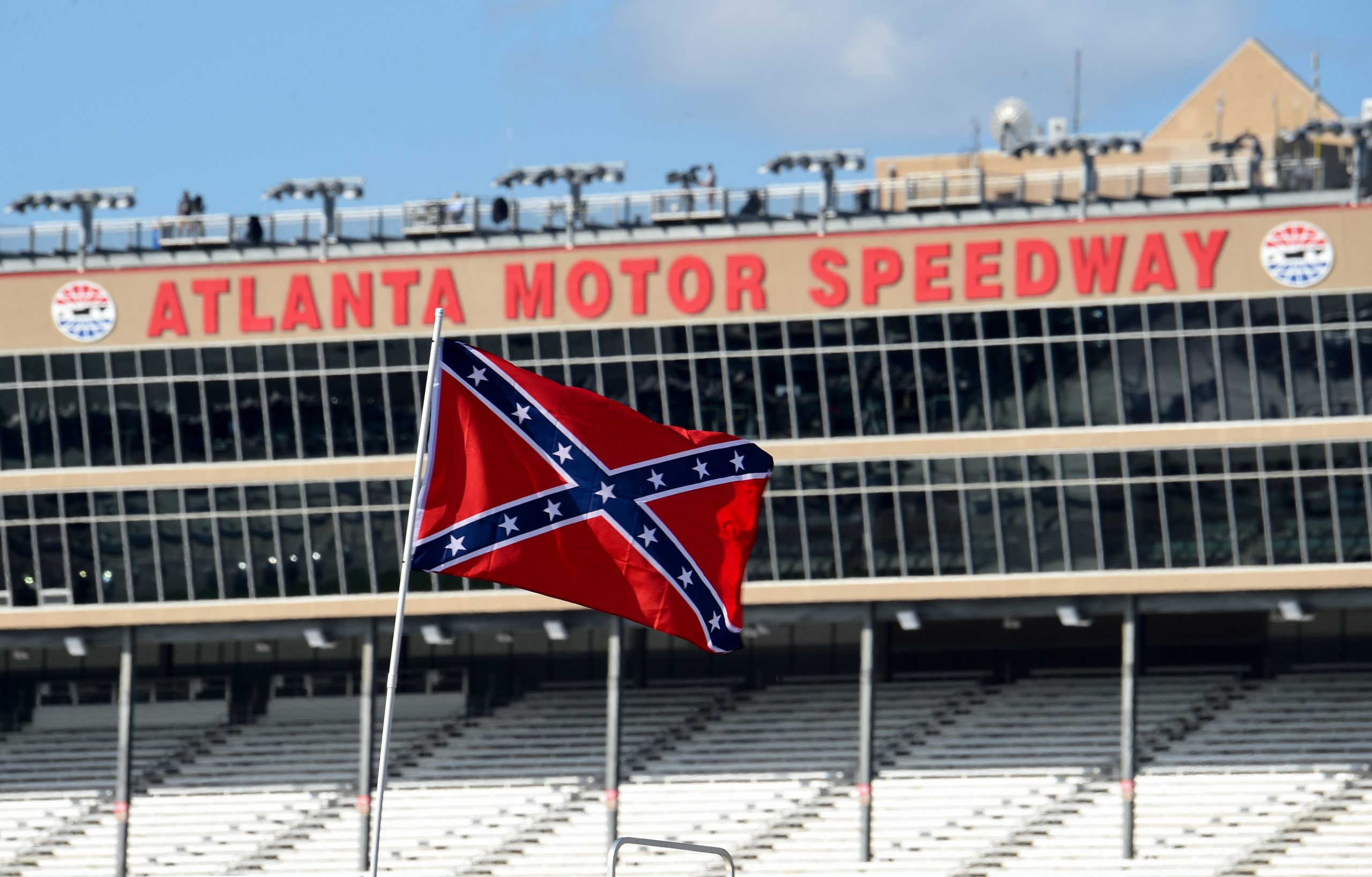 According to Ryan McGee of ESPN on Wednesday, NASCAR has decided to ban the Confederate flag from all of their races going forward. The decision has come after Bubba Wallace of Mobile, AL was publicly outspoken against the flag being seen at NASCAR races over the years.

Wallace, who has six top 10 finishes in NASCAR since 2018, is the only full-time African-American NASCAR driver. The Richard Petty Motorsports driver is 26 years old, and needs to be commended for his contributions to convincing NASCAR to ban the Confederate flag, which has significant symbolic links in American history connected to white supremacy, racism, slavery, and segregation.

On Wednesday, NASCAR put out the following statement:

“The presence of the confederate flag at NASCAR events runs contrary to our commitment to providing a welcoming and inclusive environment for all fans, our competitors and our industry. Bringing people together around a love for racing and the community it creates is what makes our fans and sport special. The display of the confederate flag will be prohibited from all NASCAR events and properties.”

The decision to ban the Confederate flag comes at a time when NASCAR seems to be attuned to current events throughout the United States. The “black lives matter” movement is growing at a significant rate and institutions are now starting to show more systematic awareness of racism, and rejecting symbols that are linked to discrimination.

NASCAR unfortunately has a history of racism in the sport. In 1963, Wendell Scott of Danville, VA won the Jacksonville 200. He was the first African-American to win a NASCAR race. However, after Scott completed 200 laps, the checkered flag was not waived and the race continued. Buck Baker was declared the winner, and received the trophy and kiss from the beauty queen.

It took two hours for NASCAR to realize a mistake with the scoring had been made. What is despicable from the event is the fact Scott never personally received the trophy for winning the Jacksonville 200. The trophy was only presented to the Scott family in 2010, two decades after Scott passed away in 1990.