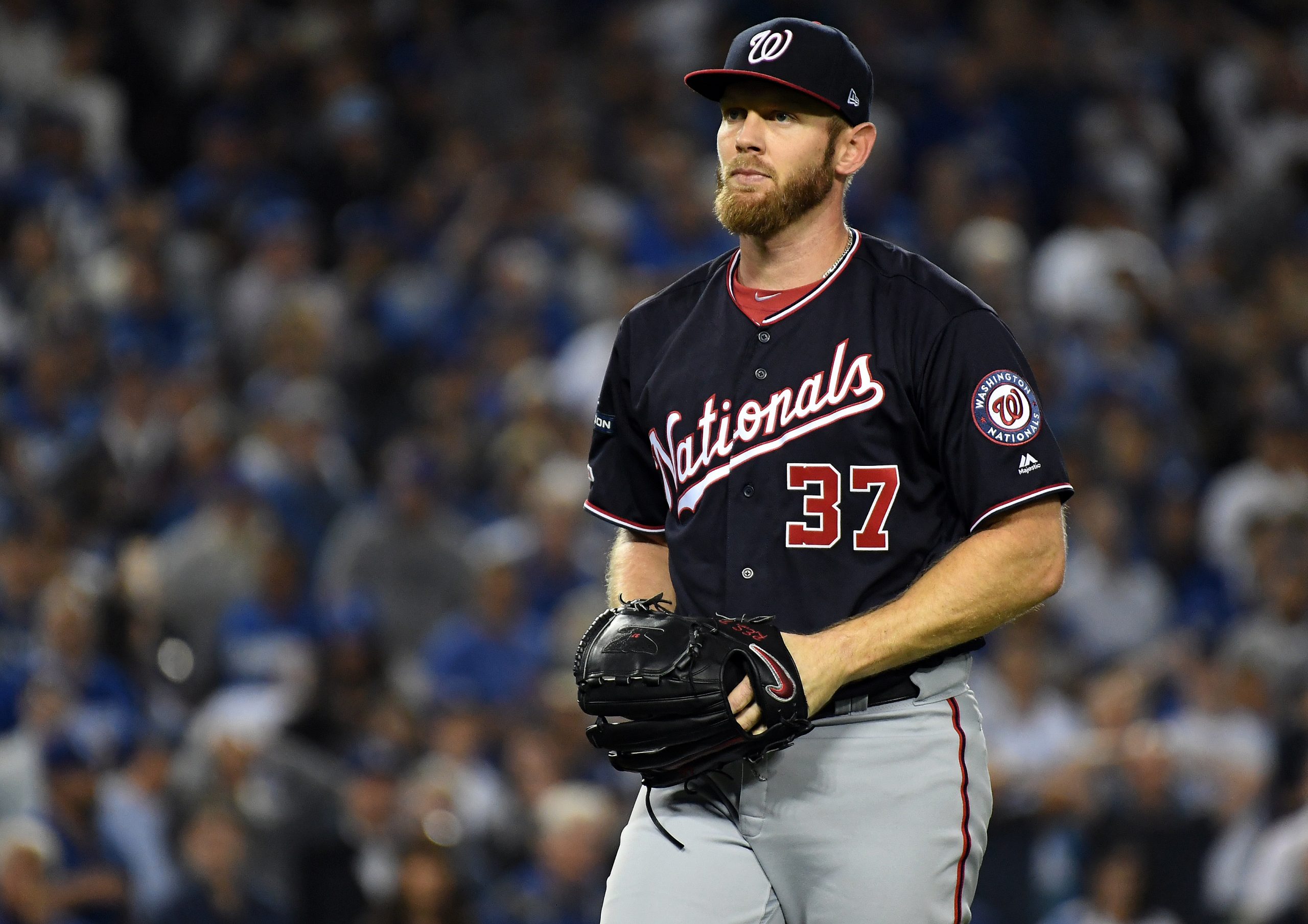 The Washington Nationals have forced a fifth and deciding game against the Los Angeles Dodgers on Wednesday in the National League Divisional Series in southern California despite being 13 games back of the Dodgers during the regular season. A major reason why the Nationals are in this position is because of their brilliant starting pitching from their two aces. Stephen Strasburg of San Diego, CA and Max Scherzer of St. Louis, MO deserve high praise for being able to control the Dodgers offensive lineup, which is the most dangerous in the National League.

Strasburg started game two of the Nationals series against the Dodgers on Friday and only gave up one earned run in six innings of work in a 4-2 Washington victory. The Nationals win tied the series at one game apiece after the Dodgers won the opening game  of the series 6-0 on Thursday. In Strasburg’s performance, he had pinpoint control as he had 10 strikeouts compared to zero walks and only gave up three hits in 85 pitches.

It should be noted that Strasburg had previously pitched three innings of relief on October 1 in the Nationals dramatic 4-3 win over the Milwaukee Brewers in the National League Wildcard game. In that game Strasburg only gave up two hits and zero earned runs. The Nationals were down 3-1 to the Brewers heading into the eighth inning when they scored three runs. The game will be remembered by a misplayed ball in the outfield by Brewers right fielder Trent Grisham, which helped bring home three Washington runs.

Scherzer meanwhile started the National League wildcard game against the Brewers and gave up three earned runs in five innings. He then started game four of the NLDS against the Dodgers on Monday, and gave up only one earned run in seven innings and had seven strikeouts to go along with four hits and three walks in a 6-1 Washington win.