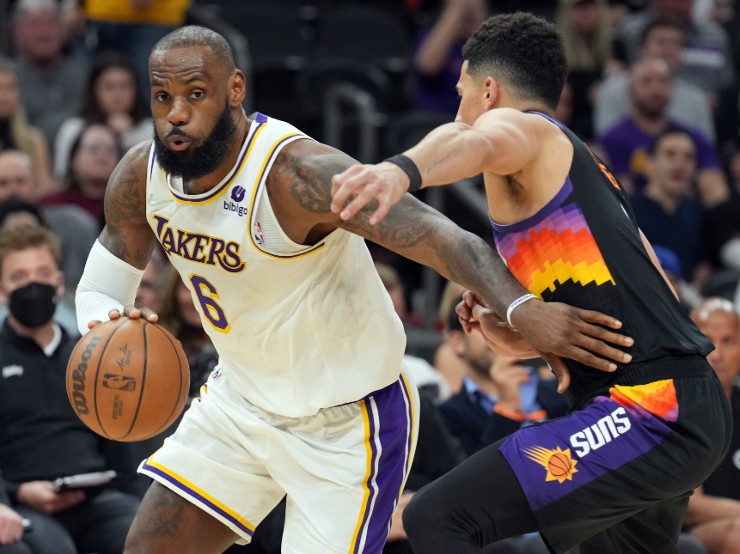 For Tuesday night’s NBA games, our basketball experts at The Sports Daily have handpicked the best bets for multiple contests; free NBA expert picks are featured here. The top winners include the Heat, Bucks, Grizzlies and Suns. These teams shown here have the highest probability of winning today. Free NBA expert picks, BetOnline odds and previews for tonight’s selected games are posted below.

Leading into this Eastern Conference rematch, the Heat are 4-0 in their past four head-to-head matchups against the Hornets. And, Miami is a 5.5-point favorite over Charlotte. The Hornets have not defeated them since Mar. 26, 2021. While Miami has several players listed as questionable on its injury report, the team is also on a four-game win streak. They are aiming to remain at the top of the standings.

Miami has a two-game lead over Boston. Furthermore, the Hornets are 8-3 in their last 11 games played. Plus, Charlotte is 5-1 ATS in its previous six road contests. Since the Heat are 14-6 in their past 20 meetings versus the Hornets at home, they are the best bet to win and cover the spread. Expect the total to go over 225. More NBA expert picks can be viewed on the main page.

Next, the Bucks are entering this Easter Conference matchup as 5.5-point favorites on the road. Milwaukee is 9-1 in its last 10 meetings against Chicago. More importantly, the Bucks are 3-0 in their previous three matchups this season. Giannis Antetokounmpo is listed as probable for tonight’s game. Though, they are coming off back-to-back losses.

Surprisingly, the Grizzlies are 5.5-point underdogs versus the Jazz. Not only have the Grizzlies won seven consecutive games, they are 4-1 in their last five road contests. Simply put, oddsmakers are favoring Utah because the team is 10-3 in its past 13 meetings versus Memphis. Jaren Jackson Jr. is listed as probable for this game. Per ESPN’s basketball power index, Utah has a 60.2% chance of winning.

It is imperative that Jackson Jr. plays. Otherwise, the Jazz would appear to be the better pick. Also, the Jazz are 0-7 ATS in their past seven contests. While Utah is 12-1 in its previous 13 home games, Memphis should keep it close. Therefore, pick the Grizzlies to win, the Jazz will cover the spread and the total will go over 225. Other free NBA expert picks are on the main page.

As always, the Lakers are heavy 11.5-point underdogs versus the Suns. Phoenix is 6-0 in its previous six matchups against Los Angeles. The Lakers have not defeated them since May 27, 2021, when they won 109-95 at Staples Center. For one notable reminder, Los Angeles is 11-27 away this season, whereas Phoenix is 31-8 at home.

Moreover, the Lakers are currently on a six-game skid. They have not won a game since defeating the Cavaliers 131-120 on Mar. 21. Having said all of this, the Suns are not looking hot, either. They are trying to bounce back from two straight losses. In short, pick the Suns to win, they will cover the spread and the total will go under 233. Additional NBA best bets are on the main page.

BetOnline is one of the top sports betting sites in Arizona, California, Florida, Illinois, Michigan, North Carolina, Tennessee and Utah.