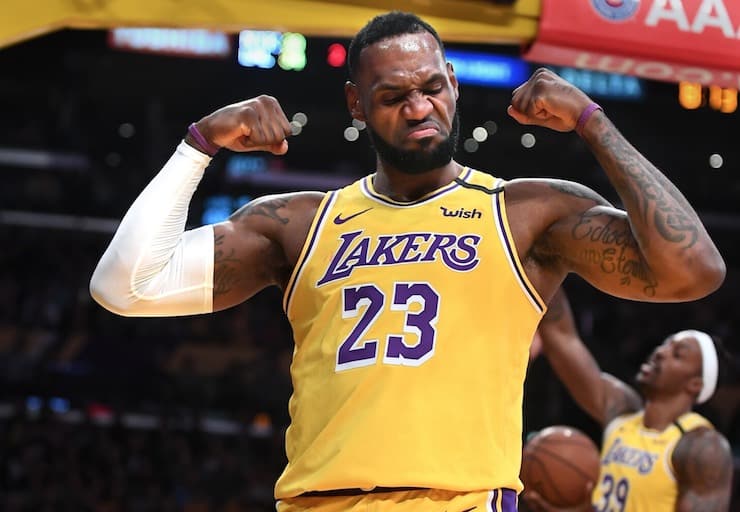 Despite missing the NBA Playoffs in 2022, the top offshore sportsbooks have predicted the L.A. Lakers to win 46 games next year. According to the NBA Futures odds online, the Lakers win total for the 2022-23 NBA season is currently set at 46.5 games. After winning just 33 games last season, the Lakers will need to flash significant improvement to get back into postseason contention. Below, we’ll go over the L.A. Lakers projected win total, NBA Championship odds, and their odds of acquiring Kyrie Irving before the 2022-23 season.

That would mark an improvement of 14 games in the standings for the Lakers and likely put them back into contention for a spot in the NBA Playoffs. Last season, 47 wins would have been good for sixth place in the Western Conference standings.

Last season, Los Angeles ranked dead-last in the NBA with an average age of 30 years old.

To check out the latest L.A. Lakers win total odds and projections, scroll down below.

While the Lakers won’t be favored to win the NBA Championship in 2023, it’s hard to count out LeBron James and company on a yearly basis.

Despite facing an uphill battle to get back into the postseason, the Lakers have the 12th-best NBA Championship odds ahead of next season.

Currently, the Lakers have +2000 odds to win the 2023 NBA Championship and that number could start to shorten quickly if the franchise finds a way to make a Russel Westbrook for Kyrie Irving swap.

Check out a complete breakdown of the 2023 NBA Championship odds from BetOnline below.

Part of the Lakers’ projected improvement could have something to do with the rumors swirling around the NBA trade market.

Los Angeles is currently in the running for disgruntled Brooklyn Nets guard Kyrie Irving, who could find himself reunited with former teammate LeBron James at Crypto Arena. NBA insiders believe that Irving wants to play in L.A. alongside James and the top online sportsbooks seem to agree with that notion.

The Lakers find themselves with the best odds to acquire Irving at BetOnline, which offers NBA prop bets for players to switch teams during the offseason.

At +150 odds, the Lakers are twice as likely as the next team (Miami Heat) to add Irving to their roster.

For a complete breakdown of the Kyrie Irving next team odds, scroll down below.