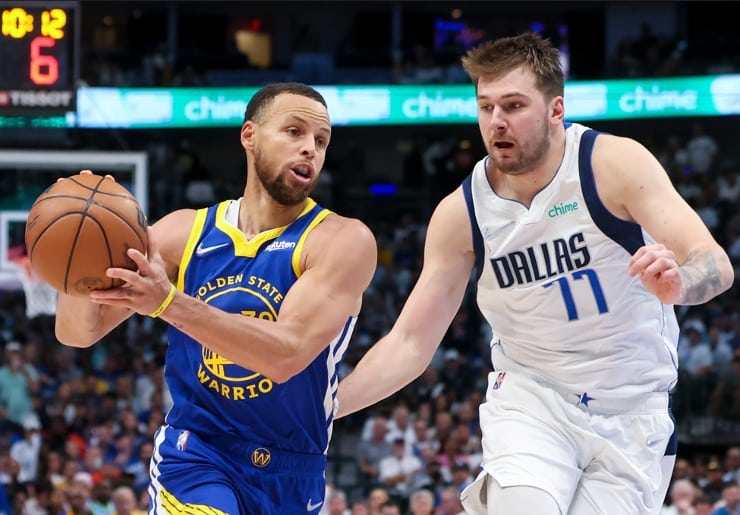 Early NBA MVP odds for the 2022-23 NBA season have been released, and Joel Embiid’s odds have increased by as much as 15%. According to the BetOnline sportsbook, Mavericks guard Luka Doncic has the best odds (+425) of winning the award next season.

Though, after Joel Embiid’s odds of winning increased 15%, should the three-time All-Star be the favorite to win the award next season? The NBA MVP odds list for the 2022-23 NBA season are posted below.

Although the Mavs went on to lose in five games versus the Warriors in the Western Conference Finals, last season was the first time the team advanced past the first round of the playoffs since winning the 2011 NBA Finals. Doncic also joined Michael Jordan and Wilt Chamberlain as the only players in the history of the league to amass 800 points in their first 25 career playoff games.

Next, Joel Embiid finished second behind Nikola Jokic in MVP voting last season. He received 26 first-place votes and 39 second-place votes. In a total of 68 games played in the 2021-22 regular season, Embiid averaged 30.6 points, 11.7 rebounds and 4.2 assists per game. The center earned his fifth All-Star selection and fourth All-NBA Second-Team selection. Also, Embiid won his first scoring title. The last Sixer to do it was Allen Iverson.

Additionally, on Jan. 19, Embiid tied his career-high of 50 points in the 76ers’ 123-110 win versus the Magic. Then, in the Sixers’ 133-120 win over the Pacers on Apr. 9, the center finished his performance with 41 points and a season-high 20 rebounds. Injuries affected the seventh-year player later in the season. He dealt with a concussion, right orbital fracture and a right thumb injury.

With a total of six All-NBA honors, he past Kareem Abdul-Jabbar and Sidney Moncrief for the most selections in franchise history. After earning another triple-double in the Bucks’ 118-99 win over the Warriors on Jan. 13, Antetokounmpo also became the first player in NBA history to post multiple 30-point triple-doubles in no more than 30 minutes played. Considering the two-time MVP finished third in scoring last season, he is definitely a top-3 candidate to win the award again next season in 2023.

Other articles related to NBA MVP odds for the 2022-23 NBA season are on the main page.

BetOnline is one of the best sportsbooks in New York, Florida and Texas.