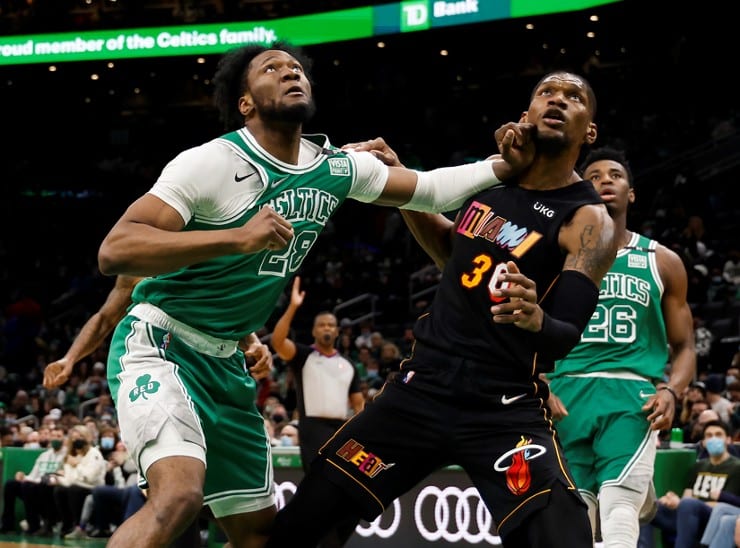 On Tuesday, the Eastern Conference Finals of the 2022 NBA Playoffs begins; free NBA playoffs conference finals odds, Game 1 picks and predictions are posted here. Our basketball experts at The Sports Daily have picked the winner of the Celtics vs Heat matchup scheduled for today.

RELATED: NBA Playoffs Second Round Game 7 Picks And Odds (May 15)

Today, May 17, the NBA playoffs 2022 Eastern Conference Finals can be watched live on ESPN. The first two contests of this series will air live on ESPN. However, Games 3 and 4 are available via ABC. During the regular season, the Boston Celtics finished 3-1 against the Miami Heat. On Nov. 4, Boston defeated Miami 95-78 at FTX Arena.

Furthermore, the Celtics swept the Nets in their first-round playoff series. In the conference semifinals, the C’s pushed the Bucks to Game 7 at TD Garden. While Boston lost Game 1 against Milwaukee, the team bounced back soon after. Until the seventh game of the series, neither team could win back-to-back contests. It explains why Boston’s final win by 28 points was surprising.

On Sunday, the Celtics defeated the Bucks 109-81 at home in Game 7. In addition to outscoring the Bucks 30-17 in the fourth quarter, the C’s shot 40% from downtown. Plus, Jayson Tatum averaged 27.6 points, 6.3 rebounds and 5.4 assists per game in that series. Needless to say, the team matches up well with Miami.

Additionally, the Heat defeated the Hawks in five games of their first-round playoff series. Jimmy Butler averaged a career playoff-series high 30.5 points per game versus Atlanta. Afterwards, for the conference semifinals, they bested the 76ers in six games. In Game 6, the Heat outscored the 76ers 62-48 in the paint. Butler also put up 32 points in 43 minutes played.

Joel Embiid missed a couple of playoff games against the Heat, and the center was never healthy in this series. But the Heat had to deal with injured players of their own, such as Kyle Lowry. Not to mention, some could say the same about the Bucks losing Khris Middleton. The Celtics benefited from Middleton’s injury. In the end, injuries happen. The best teams can overcome adversity. That should go without saying.

Moving on to significant Eastern Conference Finals betting trends, the total has gone under in 10 of the Celtics’ last 15 games played in the month of May. And the Heat have not lost a game in their past five contests played on a Tuesday. Additional Celtics vs Heat betting trends are posted below.

Equally important, heading into the 2022 Eastern Conference Finals, the only player the Celtics have listed on their injury report is forward Sam Hauser. He is currently questionable to play. Hauser’s shoulder needs more time to rest. Likewise, Heat guard Kyle Lowry is also listed as questionable to play in Game 1. Lowry is still recovering from a left hamstring strain. Monitor their injuries before game time. If Lowry plays, the Heat will have a bigger advantage.

Moreover, although the Celtics bested the Bucks by double digits on Sunday, the Heat have rested since last Thursday. Rest can certainly hurt a playoff contender, so be sure to follow your intuition before placing a bet. Pick the Heat to win Game 1, the Celtics will cover the spread and the total will go over 204. Other NBA playoffs 2022 Eastern Conference Finals odds, best bets, conference finals Game 1 picks and predictions are on the main page.

BetOnline is one of the best sportsbooks in Florida and Massachusetts.