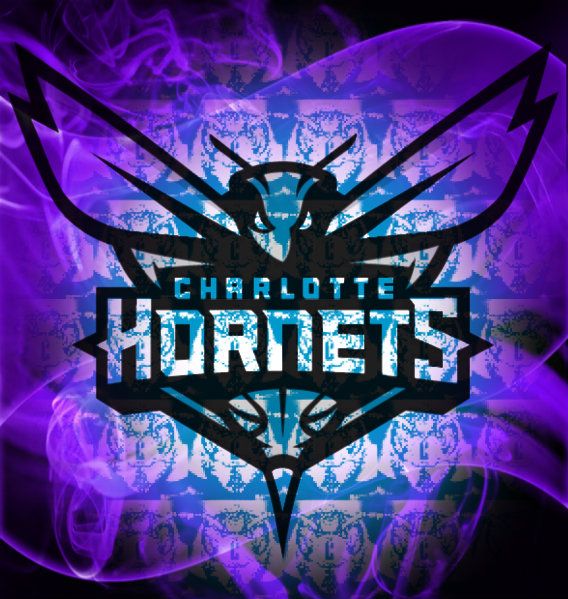 Long time, no see Hornets fans.  It’s been quite a while since I’ve written anything at all, so it feels pretty good to dust off the old keyboard, stretch my brain muscles, and start talking Hornets basketball again.  I know that technically now is not the time to be doing so, but once my Hornets aren’t playing any more games, I really don’t care too much about what is going on in the sports world.  My oldest son plays baseball, so my year is filled up with more of his baseball than anything else.  Yes, 13U baseball is great to watch and my son is pretty darn good too, so that makes it even more fun to watch.  Should anyone want to support the team he’s on just by shopping for stuff online, you can go to https://www.flipgive.com/f/223860#content and all you do is shop online like you normally would.  You don’t pay any more for the items you’re buying.  The sponsored websites at their site just donates a portion of what you spent back to the team.  It’s a really cool fundraiser where you don’t have to buy anything you don’t want.  It’s just your normal online shopping and the vendors donate to the team.  Any money we can raise will help with purchasing uniforms, equipment, pay for tournaments, etc.  Go Carolina Force!

OK, ok…I’m not here to plug my son’s baseball team.  I’m here to talk Hornets.  We can talk about the rostered players for next season (Kemba, Batum, Zeller, Marvin, MKG, Plumlee, Lamb, Belinelli, and Frank).  We can talk about the desperate need for a QUALITY backup point guard.  We can discuss how we could bring back Briante Weber (which I think we need to do) and how he could become a major contributor to the team (and he would bring the roster to 10).  I can mention that the team should not bring back Ramon Sessions and that whether we bring him back or not, he does not affect the amount of cap room we have.  We can discuss that we have a MLE of roughly $8.2 million that we can spend to fill 3 roster spots.  I say 3 because we will have 2 draft picks that will fill the roster as well.  We can talk about who to trade, who to draft, what we can do to get better…what direction do you want to go in?

OK…I’ll start.  I’ll throw out my gripe.  I love MKG.  I think he’s a great guy, and I want him to succeed.  We allow fewer points when he is on the court, and we missed him when he was injured.  With that said, I think we need to trade him.  Go ahead and boo me.  Hate me.  Disagree.  I want the feedback.  Why am I saying to trade him?  This team has been full of 1-way players for so long that it is actually becoming our Achilles’ heel.  We are in desperate need of 2-way players.  We need defenders that can score…scorers that can defend.  MKG is a really good defender that has so many immeasurable stats that he brings when he is on the floor, but he can’t consistently give us 15+ points every night.  When you look at a box score for the Hornets, if you aren’t seeing Kemba in the mid to high 20s along with Batum there as well, we aren’t winning many games.  With that said, I am saying we need more scoring options.  MKG is under a pretty decent contract, he does provide a never-ending motor with tons of hustle, and on some teams, he could be the 6th man, energy guy that could push a stronger team over the top.  With the Hornets, being the starting SF, I just don’t know what else he can do to help us out.

I threw out some player names earlier today on Twitter.  If you’re one of the 1500+ that follow me, if you were on today, you probably saw the names.  I’ll put them out there now.  I mentioned TJ Warren, Wilson Chandler, Marcus Morris, CJ Miles…and these were just suggestions.  After I threw the names out there, I started looking at the actual trade possibilities.  I mean technically, both teams have to see up sides in the players they would trade for.  They would make the trade for a team need, to get rid of a bad contract, or to even gamble on a player that they see as “under-utilized” and could be a better fit on their team.  With that said, I started working on it.

My absolute favorite was a trade with Phoenix.  I would be fully willing to make a trade to send Jeremy Lamb and MKG to the Suns for Brandon Knight and TJ Warren.  On our side, getting Brandon Knight is getting a guy that the Suns buried on their bench.  The contract is less than favorable for the Suns as well.  They have to add TJ Warren to the trade because they are frustrated that when he isn’t scoring, he sort of fades away on defense.  Coach Clifford could possibly fix that.  In the end, we get a scoring SF on the team and an amazing backup PG that could also play alongside Kemba, the way Kemba and Lin did last season.  The money works out.  For the Suns, they improve their defense with MKG and with Lamb, well; Lamb is a guy that will just flourish under the right system.  I think the Suns may open new doors for him and he could really grow there.  Agree or disagree, that was my favorite move.

The only other move I could see that would work well was to trade Sessions and MKG to the Nuggets for Wilson Chandler and Jameer Nelson.  The Nuggets get younger at SF while getting a competent 3rd PG.  The Hornets get older in this trade, but Chandler is a proven player, that while older, he can put 15+ points on the board every night and can play defense.  This would allow the Hornets to draft the best SF available in this year’s draft and start mentoring with Chandler.  Again, Jameer Nelson is an older PG to back up Kemba, but the guy can play some basketball still and I think he’s an upgrade from Sessions for us.

An awkward idea I had while I was writing this, was to trade MKG to Orlando with our draft pick for Aaron Gordon and DJ Augustin.  MKG gives Orlando a solid 6th man behind Terrence Ross.  Then they also get a top 15 draft pick to do whatever with this season.  For the Hornets, DJ Augustin would be a heck of a backup for Kemba.  I believe they could be the fastest backcourt in the NBA if you chose to play Kemba and DJ together.  Aaron Gordon could play the SF position.  I truly believe that.  I believe that he could bring some excitement to the ho-hum Hornets.  We haven’t had excitement like the way he can dunk the ball in CLT in…well…since…Crash Wallace?

Well, for now, I’m stopping with my writing.  No point in going too far with discussions about anything else just yet.  I had a good back and forth conversation on Twitter with one of my best followers, Trey McMillan about who we should draft and draft options.  I love talking with him on Twitter because we may not always see eye-to-eye, but we both put our ideas out there and something good usually comes out of it.  Stay tuned for that article, coming soon!

In the meantime, let’s hear some trade ideas.  Let’s hear those draft ideas.  Everything is open for discussion.