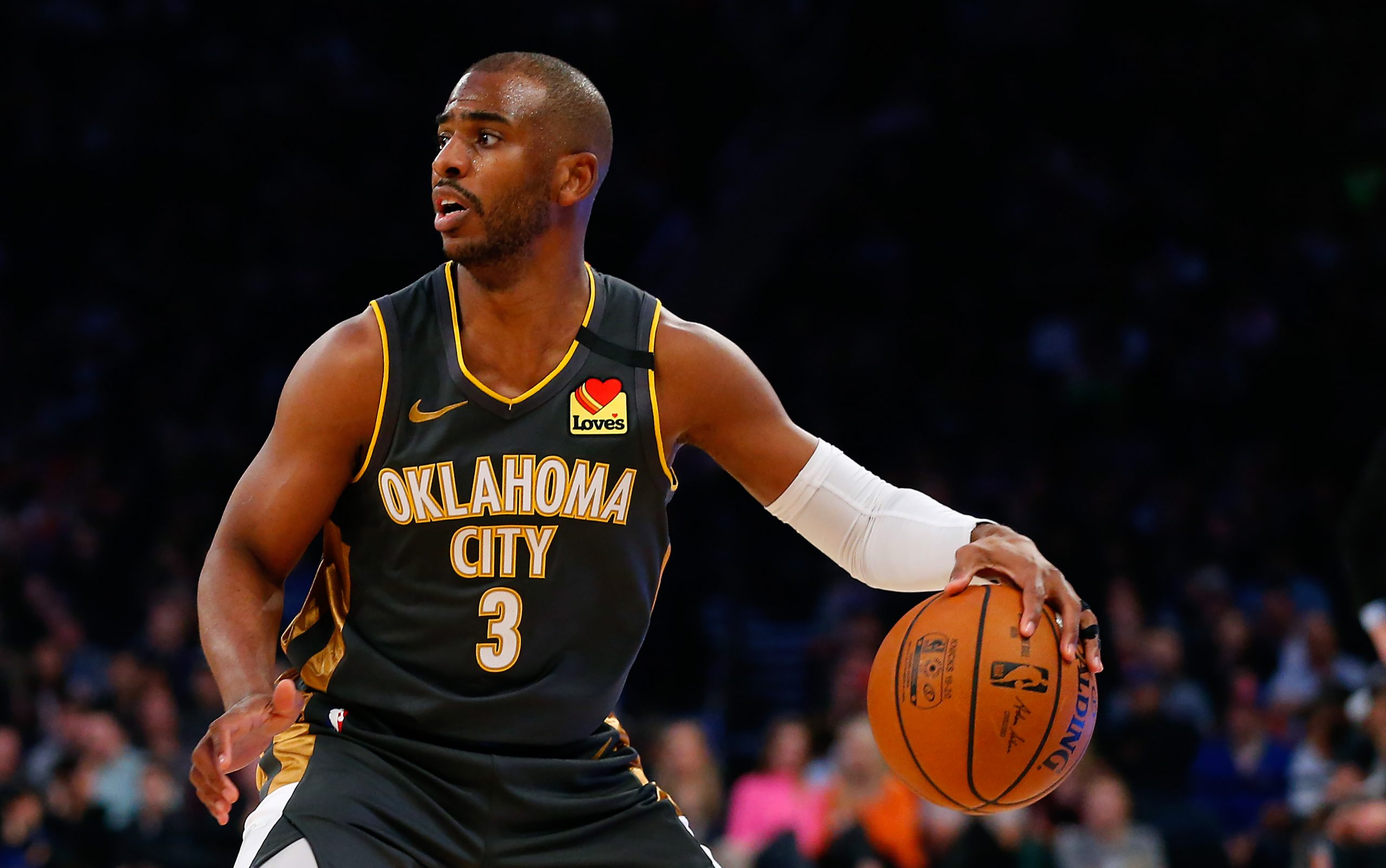 Chris Paul won’t come cheap to any team, but that doesn’t concern the New York Knicks much.

The New York Knicks are always star-hunting. While free agency and trade outcomes don’t always work in their favor, the Knicks are typically in the conversation to land any prominent player available.

This offseason, the Knicks have been linked to Oklahoma City Thunder point guard Chris Paul many times. While the Thunder enjoyed Paul’s surprisingly dominant season in 2019-2020, Oklahoma City’s front office is making it quite obvious that a re-build is on the way.

Now is the best time for the Thunder to take advantage of Paul’s trade value. While a 35-year-old point guard who is owed over $41 million for the 2020-2021 season alone scares most teams away — the New York Knicks aren’t running scared.

According to Basketball Insiders’ Steve Kyler, the Knicks are “not afraid” of Paul’s ridiculously expensive contract. The cost for Paul in the trade market is currently unknown, but the Thunder are reportedly looking for a young player in the midst of his rookie deal along with a first-round pick.

If the Knicks believe they can clinch a playoff berth with Paul’s addition in 2021, they shouldn’t hesitate to make an offer to the Thunder. While the Thunder will likely field a handful of offers for the veteran guard, it seems OKC’s front office could work with Paul and send him to a team that could best suit his interests.

Last week, it was reported Paul would prefer to play in a Los Angeles (Lakers, Clippers) market or a New York (Knicks, Nets) market, which is good news for the Knicks. Plus, if New York strikes a deal and lands Paul, his presence could help the Knicks form a reunion with Carmelo Anthony, who would reportedly be “eager” to head back to the Big Apple to play alongside his buddy, Chris Paul.