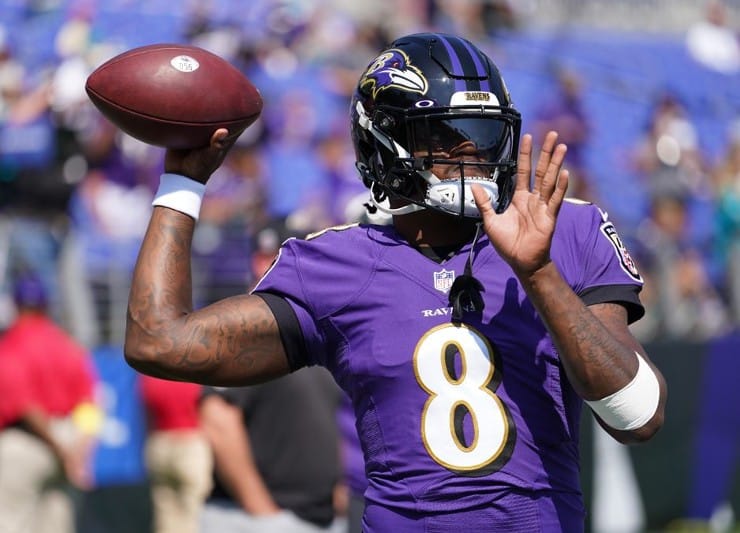 For Week 3 of the 2022 NFL season, Mike Florio and MDS released their picks for all 16 games. Their predictions were intriguing for these three matchups: Bills vs. Dolphins at 1:00 p.m. ET, Ravens vs. Patriots at 1:00 p.m. ET, and Cowboys vs. Giants at 8:15 p.m. ET for Monday Night Football.

First off, the Bills are entering this matchup as 5.5-point favorites at Hard Rock Stadium. MDS said, “The Bills have steamrolled the competition two weeks in a row, and they’ll keep it going against a Miami team that is also 2-0 but isn’t in the same class as Buffalo.” The football analyst has Buffalo winning 28-17.

On the other side, Florio thinks the Dolphins will keep the score close. But he’s still riding with the Bills to win. “The Buffalo defense should be better equipped to make a stop or two of the Miami offense than the Miami defense will be of the Buffalo offense,” explained Florio. He’s predicting the Bills will win 38-31.

For noteworthy betting trends, the Bills are 7-0 SU in their last seven games played against the Dolphins. Plus, the total has gone over in 13 of Buffalo’s past 19 road contests. Other NFL betting picks from NBC Sports are on the main page.

Ravens at Patriots – Ravens -3 at Bovada

Next, the Ravens are favored by three points over the Patriots. Since this game is New England’s home opener, bettors might be tempted to trust Bill Belichick and Mac Jones for this one. Though, the NBC Sports analysts are expecting Baltimore to bounce back after losing to the Dolphins in Week 2.

“Lamar Jackson is playing some of his best football right now, and he’ll cruise to a big game in New England,” says MDS. Of course, so far this season, Jackson has thrown six touchdowns to one interception. MDS thinks the Ravens will beat the Patriots 31-20 at Gillette Stadium.

Additionally, Florio is not confident in the Patriots’ offense. They’re struggling to score touchdowns in the red zone. Not to mention, Jones has thrown only two touchdowns to two interceptions this season. The Ravens’ passing game is fine. “If Baltimore can get J.K. Dobbins back, the offense would get a major boost,” states Florio.

“Other than Lamar Jackson, no one is able to generate any real rushing yards for the Ravens. Meanwhile, the New England offense continues to be a work in progress.” Florio has Baltimore winning 24-14. The Ravens are 1-4 SU in their last five matchups against the Patriots.

Bet On Ravens -3 at Bovada

Cowboys vs. Giants – Cowboys +1 at Bovada

Moreover, the Giants are favored by one point at home against the Cowboys on MNF. Although quarterback Dak Prescott remains out for Dallas, the team looks fine without him. Backup quarterback Cooper Rush surprised a lot of fans in the Cowboys’ 20-17 win over the Bengals in Week 2. Rush threw one touchdown, zero interceptions, and passed for 235 yards.

“Yes, the Giants are 2-0, but they’re about as unimpressive a 2-0 as it gets,” explains MDS. “Yes, the Cowboys are without Dak Prescott, but Cooper Rush has proven he can fill in adequately. I’m surprised the Giants are favored.” And it’s true. The Cowboys seem to be a better team without Prescott. MDS has Dallas winning 28-20.

Florio is picking the Cowboys to win 21-17 on MNF. The Cowboys are 9-1 SU in their past 10 matchups against the Giants, and they’re 8-2 ATS in their last 10 meetings. Other NFL Week 2 picks are on the main page. To read the full NBC Sports football picks list for Week 3 of the 2022 NFL season, go to ProFootballTalk.