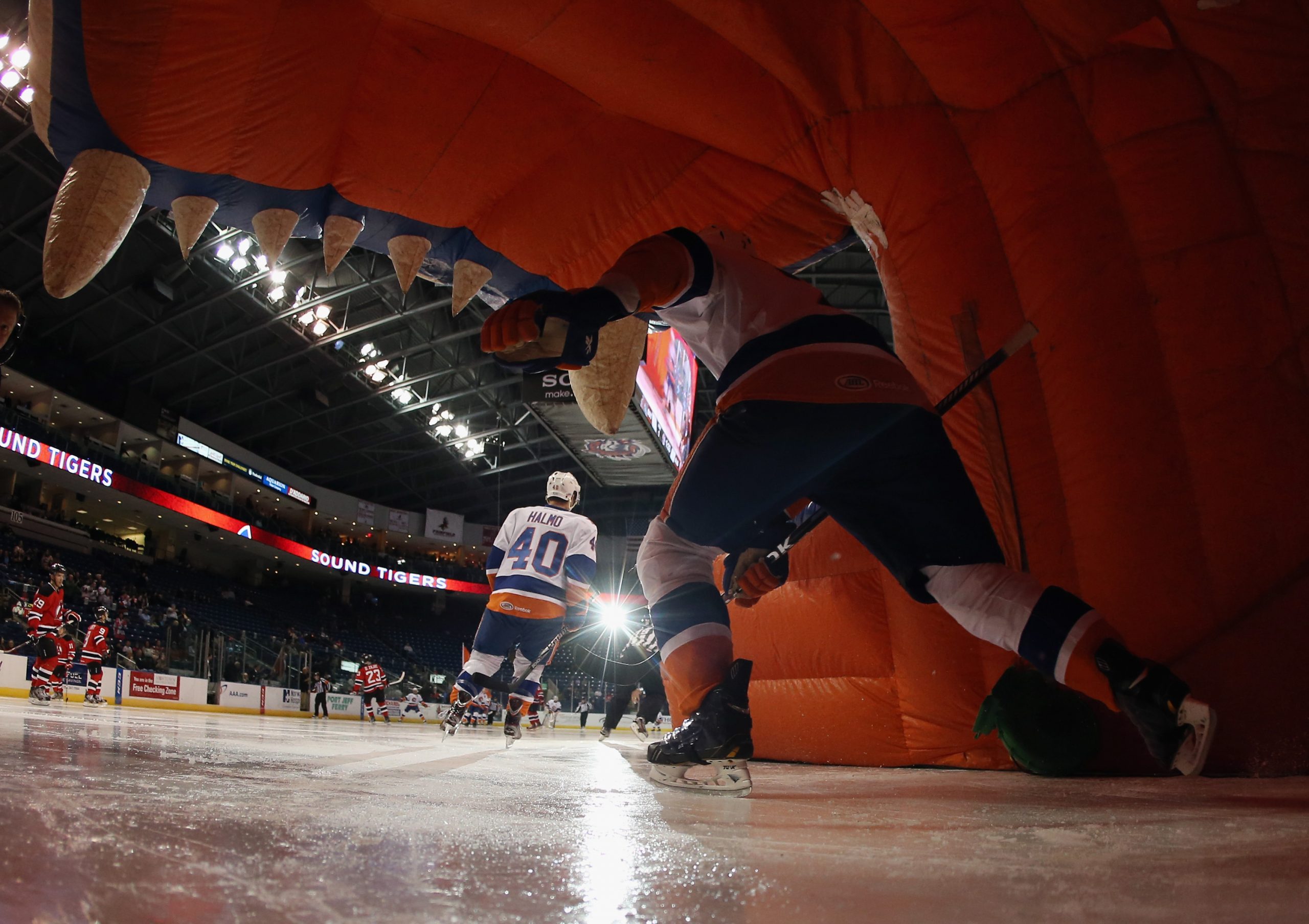 EAST MEADOW, N.Y. — Getting an arena built for the Islanders isn’t the only thing on Jon Ledecky’s plate at the moment.

The Islanders’ co-owner is also dealing with a potential arena situation nearly 60 miles to the north up in Bridgeport, Connecticut with the organization’s AHL affiliate, the Bridgeport Sound Tigers. The city of Bridgeport is planning to vote to approve a plan to convert the The Stadium at Harbor Yard to an amphitheater, but the Sound Tigers say that the potential venue would violate a non-compete clause in the club’s agreement with the city to operate their home rink, Webster Bank Arena.

Ledecky, who co-owns the Sound Tigers as well as the Islanders, kept his comments subdued when asked about it during Tuesday’s tour of the Islanders’ renovated practice facility.

“Discussions are ongoing and I think again just like the RFP I don’t think you should negotiate in the newspapers,” Ledecky said. “I think you have to be respectful of the process and you have to understand a negotiation by definition is a back and forth. We’re in discussions and negotiations with Bridgeport.”

READ: Renovated Practice Facility a Glimpse of What Could be for Islanders at Belmont

The Islanders have owned the AHL franchise since 2004 and have run day-to-day operations of Webster Bank Arena as Harbor Yard Sports and Entertainment since April 28, 2011. In a letter to Bridgeport Mayor Joe Ganim on October 16, general counsel Jay Itzkowitz threatened that the team would terminate their agreement to operate the arena if the city counsel approved the amphitheater plan.

“There are actions taking place in Bridgeport that we’re forced to be responsive to and those negotiations are based on what you’re reading in the newspaper about what Bridgeport as a city is trying to do,” Ledecky said.

Still the Islanders’ co-owner is keen on keeping the club’s farm team in the Connecticut city. He feels, along with the hockey operations side, that Bridgeport is an ideal place for their AHL affiliate.

“The players like playing in Bridgeport and we think geographically Bridgeport is a great location for our AHL affiliate,” Ledecky said. “That’s the way we feel about it both publicly and privately. If you talk to Doug (Weight) and Garth (Snow) and the folks working our player development they all feel that way.”

The city council will vote on the plan on Monday.