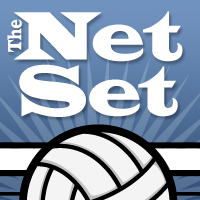 What is the difference between a “poll” and a “ranking” when applied to sports teams? A poll, sometimes known as a rating, involves an opinion of the team’s performances by people who are knowledgeable about both the sport involved and the teams in question. Hence a poll is a vote and a subsequent ordering of teams based upon this vote. A ranking usually involves a mathematical calculation based on the performances of the teams in question and the performances of their opponents. Therefore, a ranking is a statistical concept which evaluates the performances of teams. In general, polls and rankings complement each other because each represents a different viewpoint and a different “skill set” in terms of evaluating volleyball.

Net Set Rankings and the Net Set Index are an average from these four polls or rankings.

AVCA, or the American Volleyball Coaches Association, publishes an outstanding weekly poll for each volleyball division from its member coaches in that division. Thus, DI coaches are voting on the teams in the DI poll.

Richkern.com has a free portion and a much larger premium service. The premium service is well worth the modest subscription fee of $25.00 annually. This poll has been around for a long time and the pollsters are journalists and volleyball fans who really know their stuff. To see the Rich Kern Poll intact, and lots of other neat volleyball stuff, go to: (http://www.richkern.com/vb/rankings/FreePageRankings.asp).

The Pablo Rankings are an incredibly ingenious ranking system that operates on a probabilistic, algorithmic approach and analyzes and measures the difference in abilities between two teams overall and in a match. In terms of accuracy and predictive analytics, the Pablo Rankings are the most accurate mathematical model available today. You can find a detailed explanation of the Pablo Rankings at this web location.

(Winning % is calculated by dividing team’s wins by the number of games played.)

As you can see from this formula above, 75% of the RPI comes from how a team’s opponents performed (aka Strength of Schedule), while only 25% of the RPI is based on the team’s actual performance. Quite frankly, that isn’t correct, statistically or logically. Nonetheless, it is used by the NCAA for seeding and at-large bids. To see the all NCAA Division I RPI Index rankings, go to this web location:

Now, on to the Net Set Ranking for November 28, 2016. As expected after their spectacular weekend, Minnesota moved to the top of the two polls while staying high in both rankings. The NCAA DI women’s regional tournaments are going to be quite a struggle.