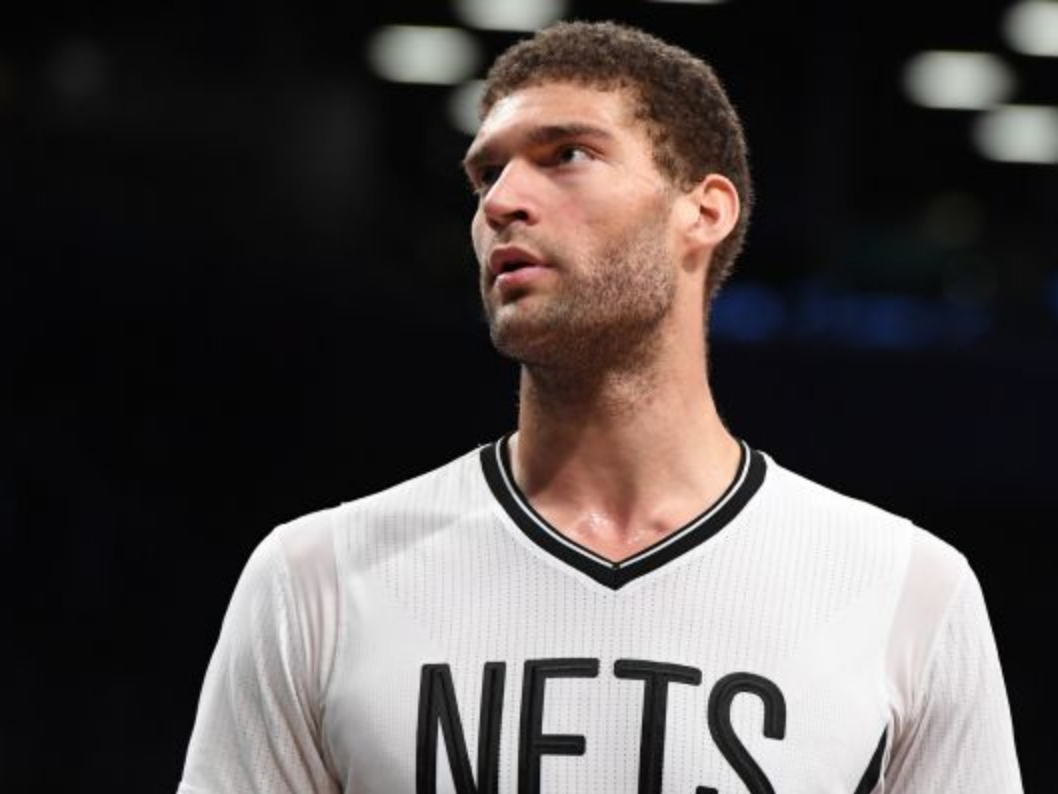 I was planning to write a different article this week, one on the Nets’ possible strategies for draft day from possibly packaging their two first-round picks to move up, absorbing a bad contract for an extra pick or staying pat to use the picks they already had.

Of course, Sean Marks didn’t want to read that article so he went out and made the franchise’s biggest trade in nearly four years.

Gone is Brook Lopez, the longest-tenured Net (by far) and the only player on the roster who was with the team in New Jersey. Heck, besides Ian Eagle, Chris Carrino and Tim Capstraw (as well as some other back-office employees, I assume), Brook was one of the organization’s oldest employees in general.

He is also is the franchise’s leading scorer, as he passed Buck Williams in — fittingly — his last game as a Net. The opponent for that game was the Boston Celtics, the team that essentially sealed Lopez’ fate with the organization that drafted him 10th overall back in 2008.

Also gone is the No. 27 pick that was given to the Nets by the Celtics in the infamous pick swap from the Paul Piece and Kevin Garnett trade. The pick the Nets gave Boston, No. 1 overall, now belongs to the Philadelphia 76ers.

Heading to Brooklyn is D’Angelo Russell and Timofey Mozgov, only one of whom figures to be an important member of the rotation going forward.

Russell was the No. 2 pick in the 2015 draft out of Ohio State, an incredibly talented point guard who clashed with Byron Scott and Luke Walton with the Lakers, struggled to be consistent on the court and even feuded with teammates (just read this).

As for Mozgov, the former Knick, Nugget and Cavalier signed a four-year, $64 million deal with the Lakers on the first day of free agency last June that was immediately criticized, and with good reason. He played just 54 games in 2016-17, posting dreadful numbers (both advanced and traditional) in over 20 minutes a night. His box score plus/minus — a measure of a player’s contributed points per 100 possessions as compared to league average — was -3.6, somewhere between that of Kevin Seraphin and Jahlil Okafor.

The motivations for the Lakers in this deal are simple: clear cap space for a potential Paul George trade this summer and a potentially massive free agent haul next offseason. The Mozgov signing was a huge mistake, and the new brain trust of Rob Pelinka and Magic Johnson wanted to be rid of it as soon as possible. Luol Deng’s deal is another matter for LA, though.

On Brooklyn’s side, the trade basically gives the Nets an uber-talented 21-year-old guard who could thrive in Kenny Atkinson’s open system. Atkinson, a noted player development wizard, will be given the tough task of helping Russell mature and become the leader he never turned into in Hollywood. He is the high-lottery pick Brooklyn traded away, albeit two seasons removed from the draft.

The defensive numbers aren’t great for Russell, but it’s hard to fully judge a guy whose rookie season was a year-long tribute to Kobe Bryant and whose sophomore season was limited by injuries and the Lakers’ general lack of supporting talent. Outside of Nick Young and Lou Williams (who was traded to the Rockets at the deadline), Russell didn’t have many play-makers to work off of, which certainly made things more difficult.

Underlying the basketball reasons for the move, it officially signifies the end of Brook’s tenure with the Nets. It was a very rocky one, swinging from potential trade to potential trade — the irony of Dwight Howard being traded on the same day as Brook in a much less-important deal is incredible — while the organization went from historically bad to the move/rebranding to possible contender to really bad yet again.

All through the turmoil, Lopez kept a happy face even as his name was seemingly linked to trade rumors every couple of months. He always said the right things, always affirmed his loyalty to his first organization even as it dangled him to countless teams. Remember when Brook was headed to Oklahoma City in a package centered around Reggie Jackson?

But, the writing was on the wall. Lopez will be a free agent after next season and how he would fit into the Nets’ longterm plans was uncertain anyway, so the front office decided to at least get some value from him before he hit the market. The Pacers are going through the same dilemma with Paul George to a higher degree.

The interesting thing is that he probably doesn’t fit into the plans of the Lakers’ brass either. George and LeBron James, among the other top free agents with contracts expiring after the 2017-18 season, are who Los Angeles will be sure to go after, and allowing Lopez to leave after just one season in the city he’s from is a major step in clearing the cap space for multiple marquee signings.

Hypothetically, the Nets could pursue Brook against next summer should their own free agent strategy not work but how reliable will a 30-year-old big man with a history of foot problems be in a rapidly evolving NBA? Sure he became a confident three-point shooter this season, but the league is getting smaller and smaller, and ever more athletic. Brook is still a very much old-fashioned player who is his best when he can bore down a defender on the block, or when sweeping through the lane.

If Lopez is a dying breed, Mozgov might as well be extinct. It feels like it has been ages since the 7-foot Russian — the Prokhorov connection is a fascinating subplot to this trade. Mozgov played a couple of seasons for Khimki Moscow, a rival of Prokhorov’s CSKA Moscow, in the Russian VTB United League — was traded by Denver to Cleveland for a pair of first-rounders in January 2015.

He played very well in the 2014-15 campaign in both the regular season and playoffs for Cleveland (note: Nets assistant Bret Brielmaier was with the Cavaliers during Mozgov’s time in Northeast Ohio), averaging 10.6 points, 7.3 rebounds and 1.8 blocks in 26.5 minutes during the postseason. But, his role was diminished the following year and it was clear the Cavs’ now ex-GM David Griffin wanted no part of him after his contract ended that June.

This will be a trade Nets fans will talk about for a long time, and hopefully it’s a point guard-centered deal that goes better than the last one the team made — did you know the Nets will be paying Deron Williams until 2020?

The upside with this move is that it’s the perfect kind of calculated gamble that Sean Marks and the front office has to make considering the Nets’ dearth of useful assets. D’Angelo Russell might very well become an All-Star caliber point guard and, if he does, all it cost the Nets was one year of Lopez, a late first-round pick and slightly-less cap space than they would have otherwise (and might not have even used).

And if it doesn’t work out, then so be it. This is not the type of future-mortgaging move that can haunt a team for years to come, unlike The Trade That Won’t Be Mentioned.

I’ll reserve official judgement until we actually see Russell in the black-and-white but for now, good on you, Sean Marks. You took a cost-controlled flyer on a top talent who might be able to work well with Jeremy Lin and should make the supporting cast just a bit better.

As I’ve written in the past, the Nets’ unconventional situation means unconventional methods are needed to get back to respectability. Does trading the team’s top scorer ever and taking on three years of one of the worst contracts in the league in exchange for a mercurial former lottery pick fit that mold? It would appear so.