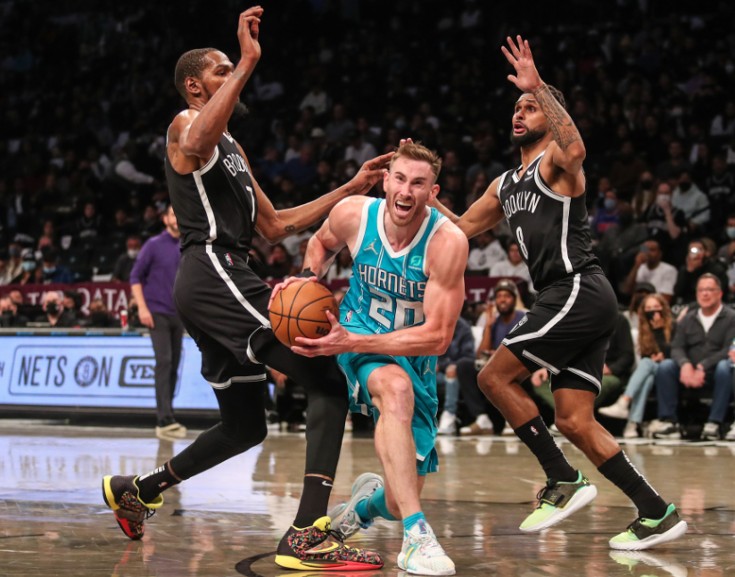 For Tuesday night’s Eastern Conference rematch, the Brooklyn Nets are preparing to battle the Charlotte Hornets at Spectrum Center; free NBA picks are featured here. This is the second time these teams have faced off during this regular season. Continue reading for Nets vs Hornets preview content.

Can Kevin Durant and the Nets put a stop to their four-game skid? Charlotte is averaging 114 points and 45.34 rebounds per game. The Hornets won the first contest back in October. In addition to the injury report, prediction and odds, free NBA picks are available below.

Heading into tonight’s intraconference matchup, the Nets are four-point favorites on the road. Brooklyn is 23-17 as a favorite, 9-16 as an underdog and 18-14-2 ATS away. Also, the Nets’ over/under road record is 20-14. They are 1-6 in their last seven matchups versus Eastern Conference opponents.

The Nets have three players listed on their injury report: PF LaMarcus Aldridge (out), SG Joe Harris (out for the season) and PG Ben Simmons (out indefinitely. Aldridge needs more rest to fully recover from his hip injury. In other news, Simmons is not expected to make his Nets’ debut against the 76ers.

Next, the Hornets also have three players on their report: SF Gordon Hayward (out indefinitely), PF Jalen McDaniels (questionable) and SG James Bouknight (out). Bouknight is sitting out again tonight due to neck soreness.

Nets are hoping to eliminate their four-game losing streak

The Nets are 3-7 in their past 10 contests. In their 126-120 road loss versus the Celtics on Sunday, forward Kevin Durant led his team in scoring 37 points in 39 minutes of action. Guard Kyrie Irving ended his outing with 19 points, 4.0 rebounds and 6.0 assists in 37 minutes played.

Nevertheless, Brooklyn’s defense was pitiful. The Nets were outscored 37-30 in the fourth quarter, and they allowed Jayson Tatum to put up 54 points. Despite shooting 45-for-89 (50.6%) from the field, Brooklyn is now 1-5-1 ATS in its last seven games played in March. To add to that, the team is 3-17 in its previous 20 contests.

The Hornets are 4-6 in their last 10 games played, but they have won back-to-back games. Charlotte defeated San Antonio on Saturday and Cleveland on Wednesday. In their 123-117 home win over the Spurs, guard Terry Rozier scored a team-high 31 points in 35 minutes on the court. Plus, LaMelo Ball contributed 24 points, 8.0 rebounds and 7.0 assists in 29 minutes played.

Charlotte shot 42-for-91 (46.2%) from the floor and 16-for-42 (38.1%) from downtown. The Hornets are 8-2 ATS in their previous 10 meetings against Atlantic Division opponents, and they are 7-0 ATS in their last seven games played in March. They have done a great job covering the spread at home and away this season.

Upon further review of the point spread consensus, roughly 92% of gamblers are convinced the Nets will cover the spread at Spectrum Center. Regarding the point total consensus, 80% of bettors are counting on the total going under 239.5. The total has gone over in six of Brooklyn’s past seven road games.

Referencing ESPN’s Basketball Power Index, the Hornets have a 59% chance of winning.

Aside from comparing ATS statistics, the Hornets are 3-8 in their last 11 meetings versus Eastern Conference teams, and they have won two consecutive contests. Ergo, think about taking the Hornets to win, they will cover the spread and the total will go under 239.5. More NBA picks are on the main page. 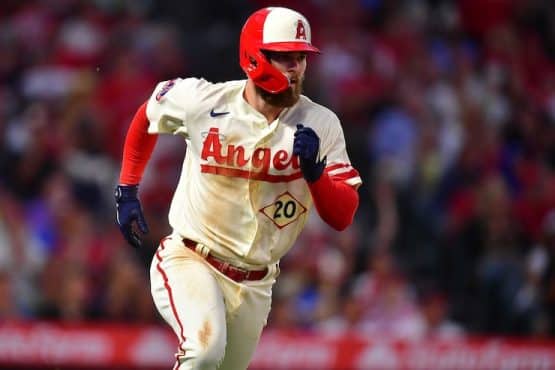