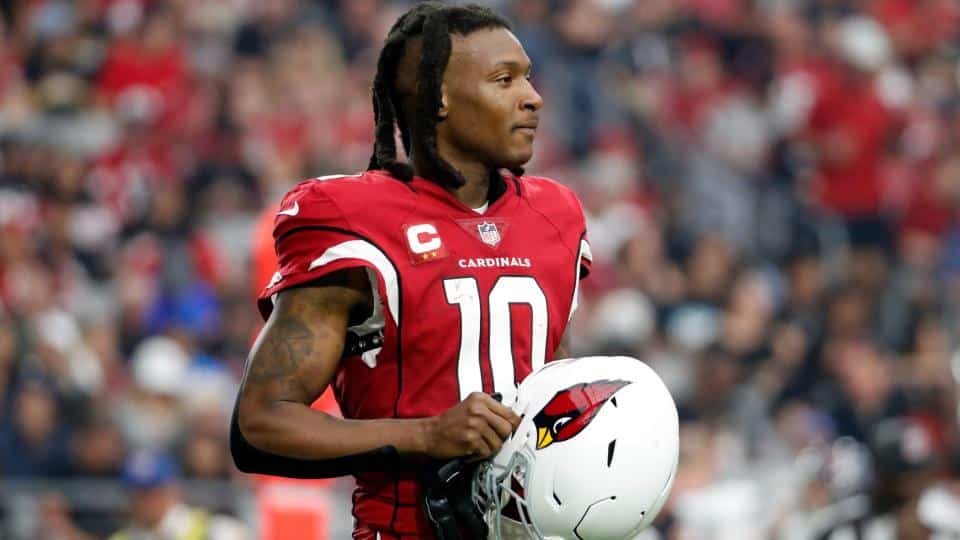 The Cardinals host New Orleans on Thursday night in week 7 NFL action, and we have selected all the best picks you need ahead of the match, including a same game parlay featuring DeAndre Hopkins to score a TD on his return.

Thursday’s game marks the return of Cardinals WR DeAndre Hopkins, who was suspended at the start of the season for six games without pay after violating the league’s performance-enhancing drug policy. Hopkins enjoyed plenty of success in 2021 even with restricted playing time due to injuries, with the WR receiving eight TD receptions during the campaign.

We have selected under 44 points when the NFC sides meet on Thursday, with the under selection coming in all of Arizona’s last five games vs the NFC. Thursday night football this season has been underwhelming, and with the matches averaging just 36.7 points per game this season, we have backed the trend to keep going with under 44 points at -111.

The final selection of our three section parlay simply sees the Cardinals winning the match on Thursday. With the return of one of the top receivers in the league in DeAndre Hopkins, Cardinals fans will be expecting a big performance from their star as well as the rest of the team.