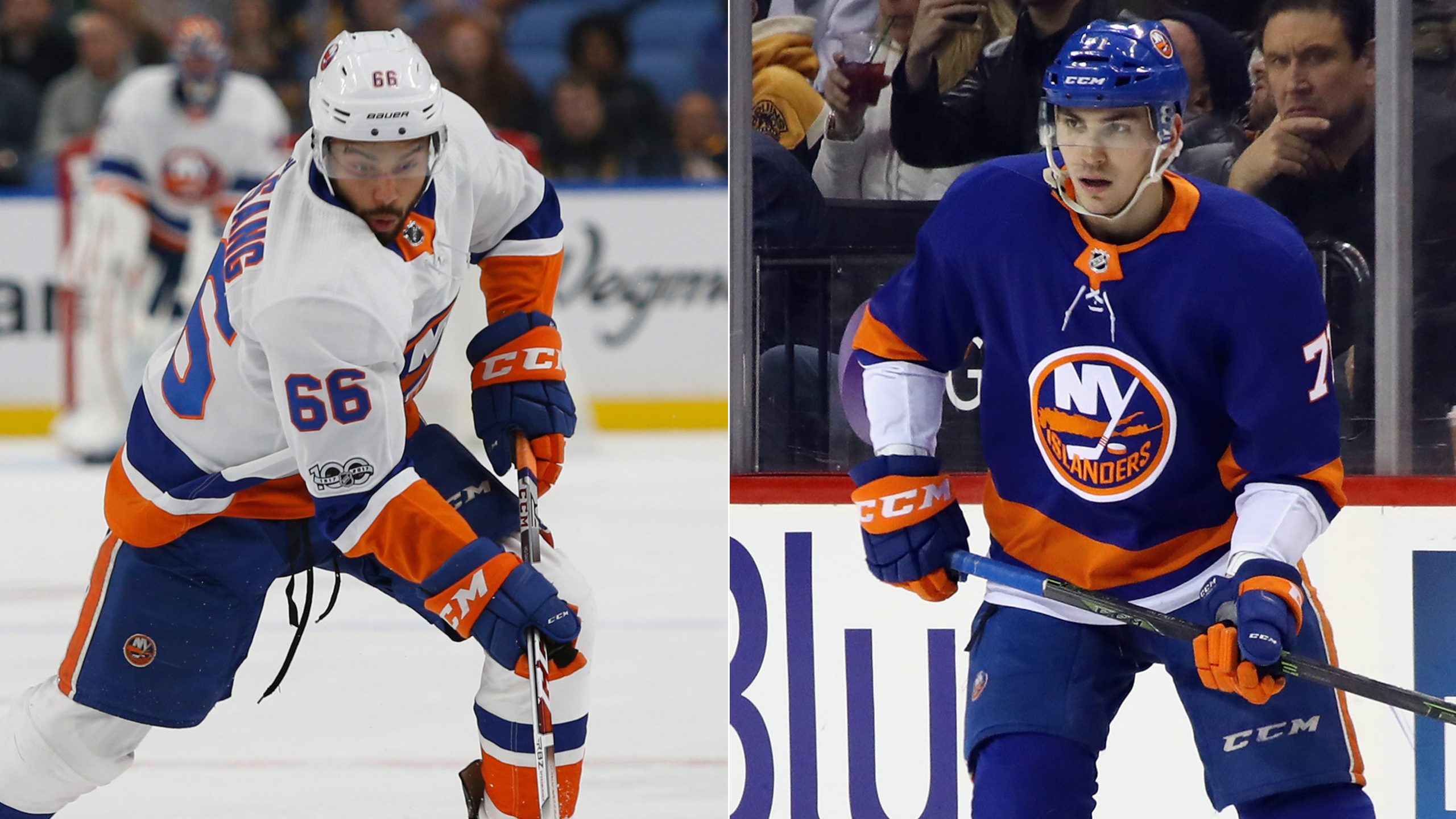 EAST MEADOW, N.Y. — It’s not that often that a 22-year-old would be considered a wise veteran, but that’s just the case at this year’s prospect camp for Michael Dal Colle. The once highly touted prospect is taking part in his fifth camp with the Islanders organization.

His appearance at the annual camp comes following a rather disappointing season with the Bridgeport Sound Tigers last year. During the 2017-18 campaign, Dal Colle had just seven goals and 17 assists in 60 games with the AHL club and didn’t register a point during a four-game stint with the Islanders.

Dal Colle has been joined by fellow 22-year-old and once highly regarded prospect Josh Ho-Sang. The 28th overall pick in the 2014 NHL Draft also struggled last season, failing to meet the expectations he set the year prior during a 22 game stint with the Islanders.

However, with the major shakeups that have changed both the team’s general manager position and head coach there is a chance for the pair to start a new.

“It’s a clean slate for everybody,” Bridgeport Sound Tigers head coach Brent Thompson said earlier in the week. “When guys come it’s a chance to reinvent themselves. To establish themselves. To do whatever, so for me, I think it’s a great opportunity just to lay some groundwork.”

Thompson had been running the Islanders prospect camp with new head coach Barry Trotz out in Los Angeles with the team’s contingent pitching John Tavares to stay with the Islanders. Neither Trotz nor team president and general manager Lou Lamoriello appeared to be at the annual Blue & White Scrimmage on Thursday either.

Ho-Sang did not participate in Thursday’s scrimmage and has been on the ice just once during mini camp. He skated earlier in the day during a morning skate on Thursday, but had been kept off the ice for precautionary reasons due to soreness.

Dal Colle participated in each day of on-ice work this week and doesn’t anticipate changing what he does with a new regime in place calling the shots with the Islanders.

“For me nothing really changes,” Dal Colle said. “It’s working hard every day and put the work in. Results will come so just focus on getting better.”