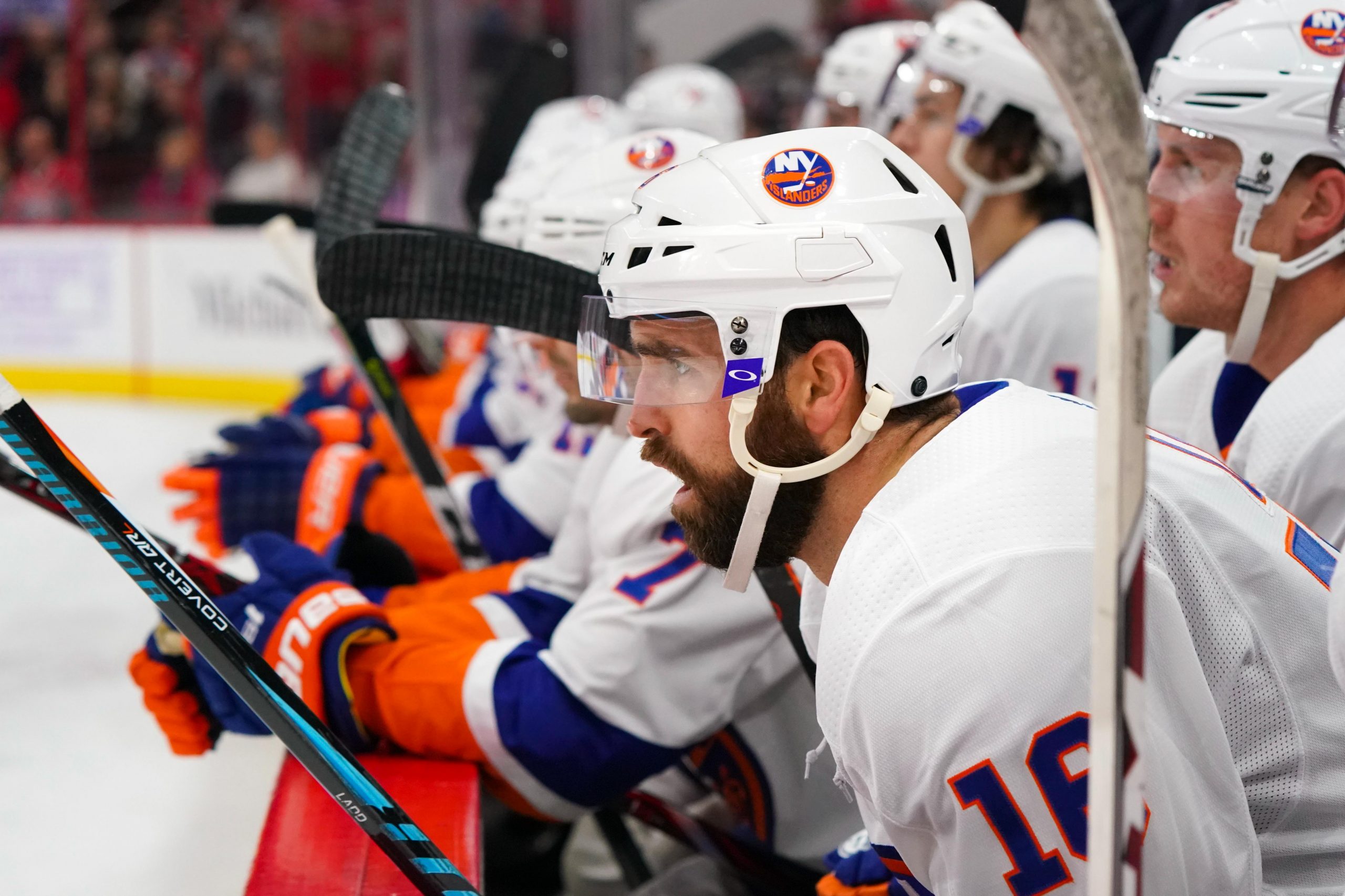 EAST MEADOW, N.Y. — What the Islanders will do at the trade deadline remains a mystery, but whatever it may be the team will make do with how things shake out. They’re going to have to if they hope to make the playoffs.

Sitting on the bubble, the Islanders have bounced between being in playoff position and being on the outside looking in over the last few weeks. The Islanders are currently tied with Columbus for the final wild card spot in the Eastern Conference heading into a stretch of three games over the next four nights.

With the deadline just over two weeks away there is some thought that the Islanders might look to acquire a defenseman, especially after the team lost another one on Monday. Scott Mayfield is expected to miss at least four weeks with a lower-body injury.

But, there has been no indication that a trade could be coming even after the latest set back on the blueline and Islanders head coach knows that the team needs to weather this latest storm.

“If it doesn’t change we have to be OK,” Weight said. “We have to deal with what we have. I feel like we’re good enough to be a damn good team on a consistent basis. Those questions (about the deadline) tend to be answered as we move closer to it.”

Weight, who also serves as the assistant general manager, added: “I have to focus on what we have here. I like our group.”

Someone who also believes in the Islanders roster as currently constructed; John Tavares. The Islanders captain was very direct when he was asked if he thought the team had enough without any deadline moves.

“Yeah I do,” Tavares said immediately before the question was finished. Tavares’ opinion, of course, means a lot considering the circumstance he and the Islanders find themselves in. The life-long Islander could become a free agent if he decides not to re-sign with New York before July 1. So making sure the Islanders captain is kept happy is of increasing importance the longer things go without a signature on a new contract.

However, if Tavares is hoping the Islanders make a move he isn’t making any sort of public appeal.

“Our goal as a group is to make the playoffs so that we can compete for the Stanley Cup,” Tavares said. “Whatever management decides they want to do that’s up to them. I know they’re going to do what they feel is the best thing for the hockey team and us trying to have success. We’ll see what happens.”

Islanders general manager Garth Snow told Newsday on Wednesday that he won’t do is trade his high draft picks for rentals. The Islanders accumulated several high picks in a trade with Calgary last June at the draft as well as their own draft picks they already had.

“So, are we going to at this point in time,” Snow told Newsday, “be giving first round picks and high picks for rental players? I don’t think we’re in that position. Just doesn’t make sense.”