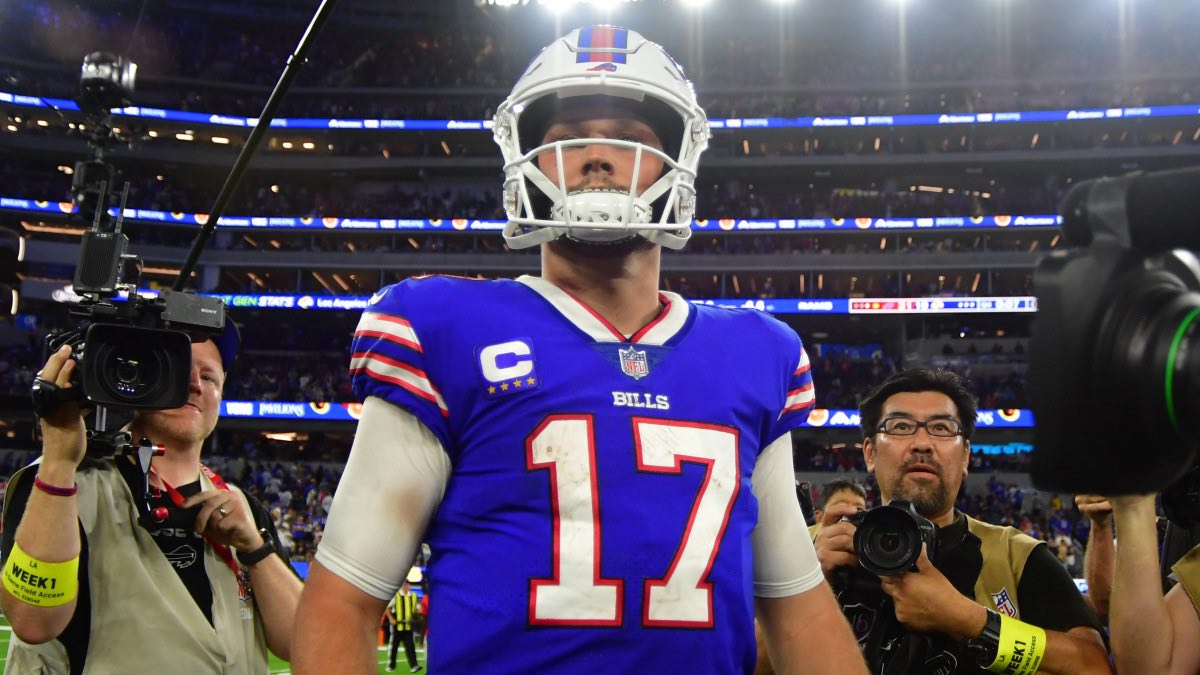 The Buffalo Bills will host the New York Jets. While the Bills are Super Bowl contenders, they cannot afford to overlook the surprising Jets. Can Buffalo’s high-powered offense power past New York’s stout defense?

Josh Allen has been playing with a chip on his shoulder this year. He, along with Jalen Hurts and Patrick Mahomes, are the three quarterbacks in the thick of the MVP race. While Buffalo has been one of the best teams in the league, they have not been without fault. Remember, they did lose to another division rival earlier in the year, the Miami Dolphins. The Jets are a team that cannot be overlooked anymore. This Jets vs Bills game could be better than many expect.

It is hard to argue with anyone picking the Bills to win the Super Bowl. After all, they are great on both sides of the ball and loaded with talent. Buffalo currently ranks first in defense and is tied for first in offense as well. The team is well coached and is playing this season with a vengeance after losing in overtime to the Kansas City Chiefs last season in the infamous “13-second,” game.

While the Bills are not undefeated like the Eagles, they are still arguably the best team in the league. Buffalo is 6-1 after all. They came back to defeat the Chiefs in Kansas City and they also accomplished a monumental comeback against the Baltimore Ravens. With leaders like Josh Allen, Stefon Diggs, Von Miller, and Tre’Davious White, this Bills team is in good hands.

New York Jets: The Other Surprise Team of New York

The Jets came back to earth last week after losing to the New England Patriots. However, this team is still not to be taken lightly. They have one of the better defenses in league anchored by the exciting young corner in Sauce Gardner. New York also has a solid front-seven.

As for New York’s offense, the team is already missing Breece Hall. However, they did trade for James Robinson. As a result, they still have a nice backfield consisting of Robinson and Michael Carter. The quarterback, Zach Wilson, has not been terrible this year either. His numbers don’t jump off the charts, but don’t forget, he was hurt at the start of the season. It seems as if the Jets’ young talent is starting to pay off as they are just as surprising as their other New York counterpart, the Giants.

Predictions For Jets vs Bills

For this Jets vs Bills game, we are going to go with the Bills. As good as New York has been, Buffalo is simply too overpowered for the Jets to get the upset. Buffalo will not make the mistake of overlooking them like they did with Miami at the beginning of the season. The Buffalo defense will make life miserable for Zach Wilson and company. All in all, the Bills should win this Jets vs Bills matchup pretty handily.