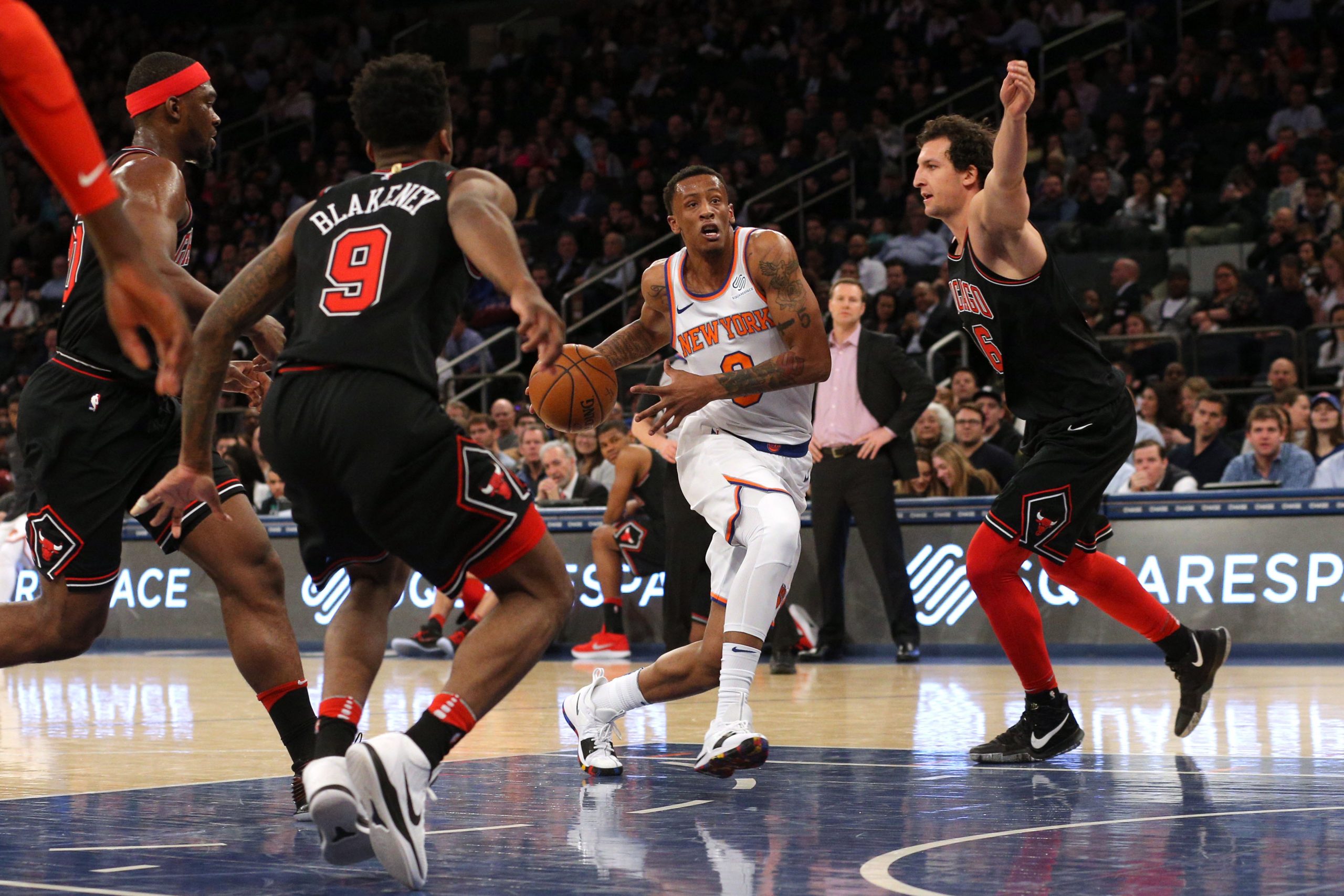 Following an ever so promising NBA Summer League, Troy Williams’ tenure as a Knick came to a halting stop when the team announced it had waived him on Monday afternoon.

Following a busy offseason in which New York signed Mario Hezonja and saw Enes Kanter exercise his player option for next season (among other moves), the roster quickly filled up over the maximum point of capacity. Even at this point, the front office has not ruled out additional moves as the summer continues. This made Williams an unfortunate casualty.

The Knicks technically could have carried the 23 year old into training camp, however, according to Ian Begley, his non-guaranteed deal had a trigger date of August 1st that would have cost the team an additional $100,000. As the date approached, New York couldn’t ignore the fact that Williams was among the easiest and cheapest to cut moving forward.

One could make the argument that the Knicks should have held off on signing Luke Kornet or even cut Ron Baker in order to maintain space on the roster for Williams. However, Kornet is an unique talent as a big man who can space the floor and Baker is owed $4.5 million next season.

All of these things made Williams the odd man out and there was virtually nothing he could have done to avoid such a fate. This bodes especially true following a very strong NBA Summer League performance. The highflying youngster continued to prove he does deserve a place in the NBA, arguably rising up as the Knicks’ best performer behind rookie phenom Kevin Knox. He averaged 11.8 points, 4 rebounds, and 1.2 steals in just under 21 minutes through five games. He let his defense propel his offense, pestering opponents in a full court press and chasing after loose balls. After securing possession for himself, Williams could often be seen taking off for an array of athletic dunks and other high percentage looks. He played efficiently and looked intelligent on the floor. It was exciting to watch.

None of that seemed to make a difference in what appeared to be an inevitable decision for the Knicks. It would have been nice to watch Williams grow as part of this team’s budding core.