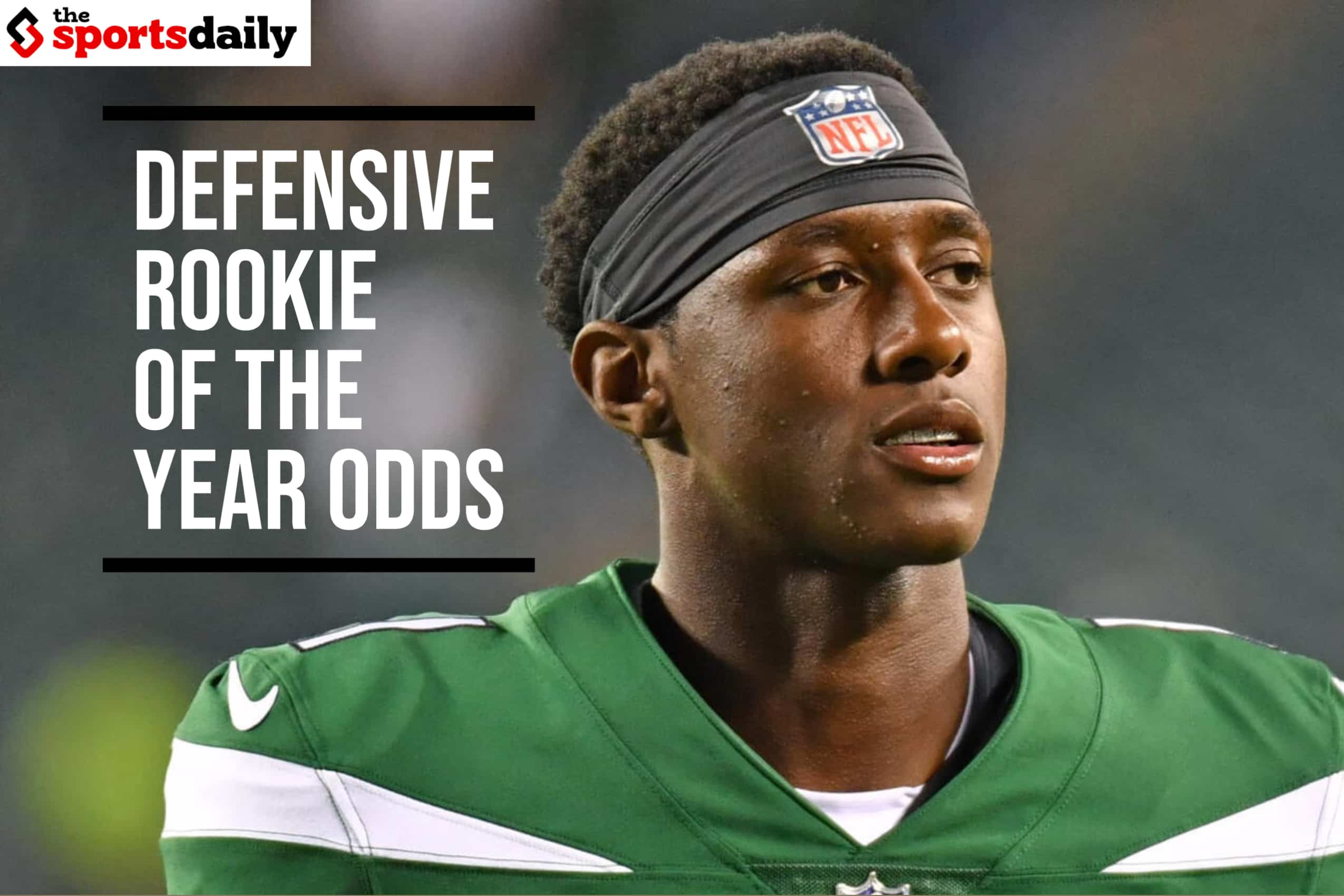 Week 6 of the NFL season is fast approaching, and after guiding our readers through a comprehensive take on potential offensive Rookie of the Year candidates, we are now putting the defensive newcomers under the microscope.

Taking a look at the defensive Rookie of the Year odds in the current NFL betting, there are a whole host of potential contenders for the award and we are on hand to run through the favourites, as well as our top sleeper picks.

Defensive Rookie Of The Year Odds

Defensive Rookie Of The Year Betting

Devin Lloyd leads the pack in the current market, and it is no surprise to see the 24-year-old out in front after an emphatic start to life in the NFL. The first-round pick out of Utah has played a leading role in bolstering a sturdy looking Jacksonville Jaguars defence that has only allowed 80 points – the third best record in the AFC.

He has so far been formidable as a run defender, registering 49 tackles, six pass deflections and two interceptions after five game weeks.

Ahmad Gardner, or ‘Sauce’ as he is affectionately known, is seemingly leading the conversation among experts. The Jets cornerback is among an incredible rookie class in New York who have taken their performances to the next level. Draft expert Josh Edwards said: “The amount of respect that Gardner has across the league in such a short period of time is remarkable. His recognition in zone has improved, and he is still making plays downhill in run support.”

The all-22 angle shows just how crazy Sauce Gardner's COD skills are for a corner his size. Kid's different. pic.twitter.com/Mqiaxzo6BS

Against the Pittsburgh Steelers in Week 4, he allowed just nine receiving yards on seven targets, while he was part of a formidable defence that nullified a rampant Tyreek Hill against the Dolphins last time out, allowing a passer rating of 34.2.

Elsewhere, Aidan Hutchinson priced at +900 may warrant a punt after some assured performances at defensive end. He will have to battle through the obvious critics bemoaning the Lions’ leaky defence, which has allowed a league-high 170 points thus far.

Nevertheless, Hutchinson has shown glimpses of his star quality, most notably in Week 2 against a blunt Commanders offence where he tallied three sacks in the first half. Overall, he has registered 14 tackles (two for loss) and three sacks so far.

Alongside Hutchinson at +900 is Travon Walker, who enters the league with an immense weight of expectation on his shoulders after he was the first overall pick in the 2022 Draft. While this usually translates to underwhelming performances, Walker looks intent on bucking that trend having registered some stout performances at edge for the Jaguars.

Boasting incredible athleticism, speed and power, his physical attributes are matched by a striking vision for the game which was highlighted in Week 1 with an athletic interception after anticipating a Carson Wentz screen pass.

The Colts and Matt Ryan, who has hit the turf 21 times already this season, are next up in Week 6 and this could be a perfect opportunity for Walker to rack up some defensive numbers to add to his 18 tackles (two for loss), one sack, one interception and two defended passes.

However, our top sleeper pick goes to Tariq Woolen at a huge price of +1600. The Seahawks cornerback is a monumental physical presence at 6’4, but his mesmerising mobility is plain to see and is backed up by a freakish 4.26 second 40-yard dash.

.@Seahawks @_Tariqwoolen is a serious candidate for DROY. Has locked down the RCB position in Seattle since day 1! Runs like the wind Fluid. Ball Skills. Instincts. It’s all there! #BaldysBreakdowns pic.twitter.com/a6DFcpE6wQ

So far, he has posted three interceptions while his passer rating allowed is among the lowest in the league. Add to that 17 tackles, one fumble recovery, three interceptions and one touchdown, Woolen has all the tools to claim the Rookie of the Year award.