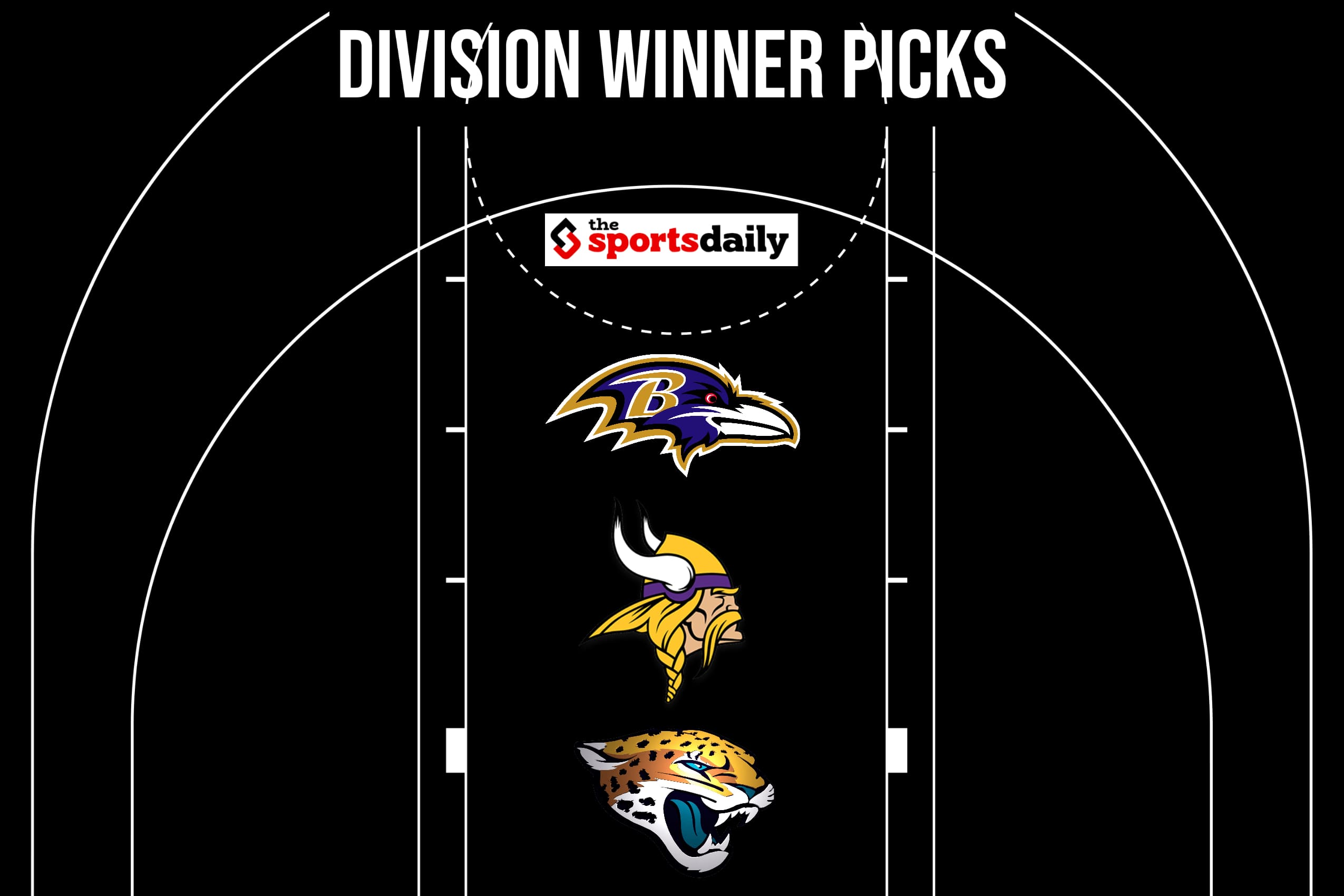 We are just four weeks into the season, but NFL betting markets have seen a drastic change, with some division leaders presenting a far-cry from popular pre-season predictions.

Some divisions remain hotly-contested, most notably the NFC West where following the San Francisco 49ers‘ win over the Rams on Monday, all four teams are 2-2.

However, with early-season Super Bowl dark horses the Philadelphia Eagles (+700)  now 4-0 in the NFC East, Conference and Lombardy Trophy favourites are starting to emerge and we are taking a look at some of our top picks amongst the eight divisions.

Ravens to Win the AFC North (-105 with BetOnline)

It has been a curious start to the season for Baltimore Ravens.

After a commanding 24-9 victory over the Jets in their opener, they are now 2-2 having squandered a 21-point and a 17-point lead, both at home, to the Dolphins and the Bills. Despite this, they were dominant for the vast majority of these match-ups, and were particularly impressive against Super Bowl favourites Buffalo last time out, with Josh Allen once again proving to be the catalyst.

Many would be fooled into thinking the Bengals would be favourites for the AFC North after a magical run towards the Super Bowl last year, but the Ravens remain the strongest outfit in the division. They possess one of the best rushing attacks in the NFL with JK Dobbins also still yet to to return from an ACL injury, and if they can get off on the right foot by getting a first home win at the M&T Bank against Cincinnati in Week 5, it should leave them in good stead to reach double figure wins this campaign.

Back the Ravens With BetOnline

Jaguars to Clinch the AFC South (+160 with BetOnline)

It is no secret that the AFC South sits rock-bottom in most people’s division rankings, and this has been further compounded by some pretty mediocre performances thus far from the Houston Texans (0-3-1) and the Indianapolis Colts (1-2-1), with the latter even widely touted as a sleeper pick for the AFC Conference prior to the start.

However, we think the Jacksonville Jaguars present fantastic value at +160. Aside from his four fumbles in a windswept deluge in Philadelphia in Week 4, Trevor Lawrence is a legitimate prospect at quarterback and is the beating heart of a team who have looked utterly dominant at times in convincing wins over the Chargers and the Colts.

Even after losing against the Eagles, which is nothing to be ashamed about given their rampant form, they still rank fourth in DVOA, and given the form of the remaining three teams in the division, it is a surprise to see them still listed at +160.

Bet on the Jaguars at +160 Over at BetOnline

Vikings to Win the NFC North (+125 with BetOnline)

For our final pick, we are going out on a limb and predicting Minnesota to climb above the Green Bay Packers this season.

They looked imperious in their opening day victory over their NFC North rivals, claiming a convincing 23-7 win. Although the Packers have gone on to match their current 3-1 record, they were far from their best against the Patriots in Week 4, narrowly edging the contest with an over-time victory.

We expect the Vikings to be better equipped in order to see out the division win this season – new head coach Kevin O’Connell has changed the team for the better; they are less defensive-minded, choosing to win rather than not to lose as so often seemed the case with endless rushing plays under Mike Zimmer.

He has set up the team with a heavy offensive emphasis, and veteran Kirk Cousins’ passing to receiving superstar Justin Jefferson has looked solid so far but there is a huge ceiling for improvement, while Dalvin Cook leads their ground attack with aplomb.

They are by no means the finished product, and their win in London against the Saints was their second one point win in a row, so there are certainly some defensive frailties to patch up. However, +125 in the current markets looks to be a solid value selection.

Minnesota to Win the NFC North at +125