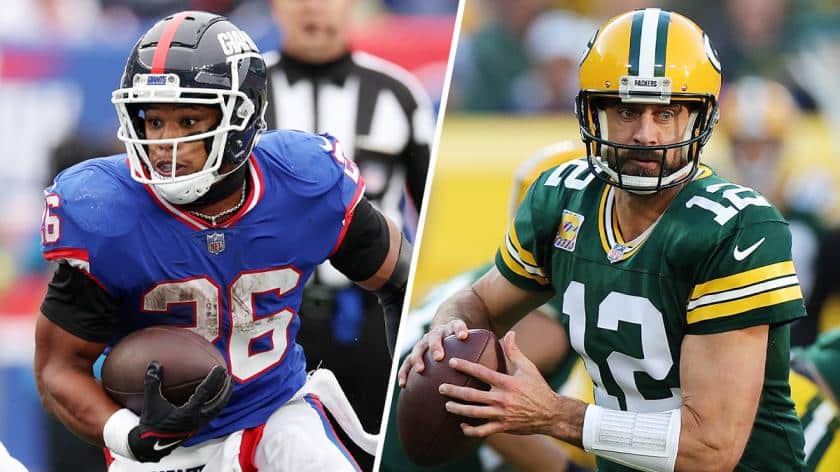 The Green Bay Packers will be the 32nd and final NFL team to appear in a fixture outside the US, and they will be up against the New York Giants in North London this weekend in an intriguing match-up.

While the danger will always lie with MVP Aaron Rodgers whenever the veteran lines up on the field, there are a few factors which might suggest this could be a game that revolves around running ability and forcing the short yards.

Green Bay are seventh in the NFL for rushing with an average of 145 yards per game, while the Giants’ run defense ranks down at 28th, allowing 141 yards per game. The emphasis on quarterbacks may be somewhat limited, which will favour the Giants given the calibre of Rodgers and the fact they will be without QB duo Tyrod Taylor and Daniel Jones.

The 191.3 passing yards the Giants yield per game makes them the NFL’s eighth-ranked pass defense this season, which also bodes well for our big value pick.

Back the Giants @ +290 With BetOnline

The Giants not only sit at the summit of rushing yards per game with 192.5 this season, but the Packers’ run defense currently ranks 22nd in rushing yards allowed per game (126.8).

Saquon Barkley will be licking his lips at the thought of finding gaps in a sometimes disjointed Packers defense, and while there are indeed worries over who will start at quarterback for New York, it may not make a huge difference on our selection – we are confident he will cover the Over with an 80+ rushing yard game predicted.

Sunday’s prop bet for Rodgers is set at 230.5 passing yards, which is a cool 3.3 fewer than his 233.8 average for the year. This seems like a safe pick given that after four games so far this season, the 38-year-old has exceeded 230.5 passing yards three times.