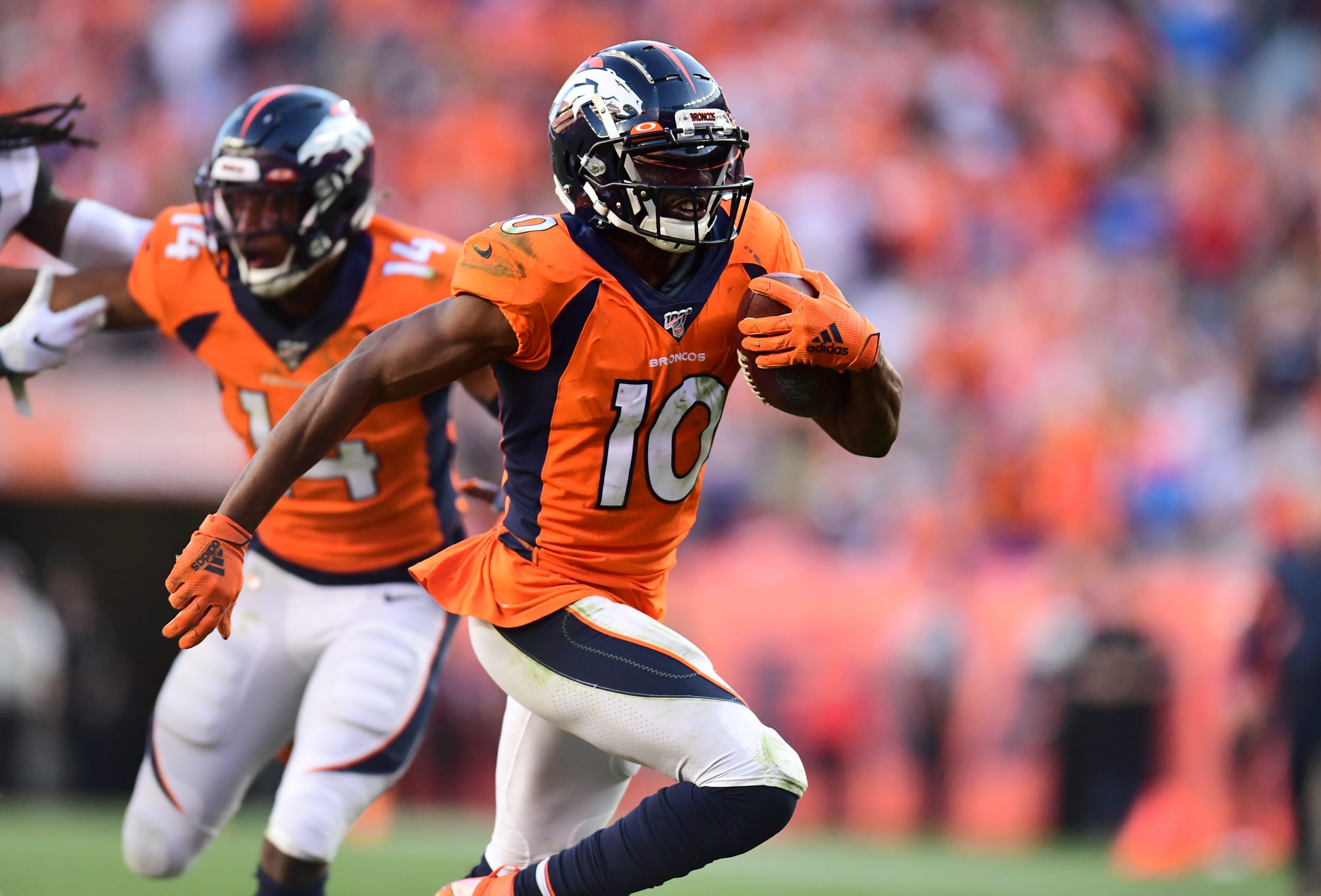 With the NFL trade deadline looming, it appears as if the Philadelphia Eagles will be one of the more active teams looking to make some midseason additions.

Over the past month, it has been reported that the Eagles are in the trade market for cornerback help. However, they might be trying to upgrade their wide receiver unit too.

According to ESPN’s Adam Schefter, Philadelphia is one of many teams exploring the wide receiver trade market and could have their eyes on Emmanuel Sanders of the Denver Broncos.

The NFL insider also mentioned that the Broncos, who have a record of 2-5, are likely to be open to listening to offers for the veteran wide receiver.

Furthermore, Schefter adds that the Broncos would welcome a Day 2 draft pick in exchange for Sanders, who is in the last year of his deal.

In regards to the Eagles, it would not come as a surprise to see them interested in Sanders. During last season’s trade deadline, we saw them trade a third-round pick for veteran wideout Golden Tate in hopes of giving the offense a boost.

While the Tate acquisition did not pay off for the Eagles last season. If they were to give up a third-round pick for Sanders, he would easily be their second-best wide receiver.

In seven games this season, the 32-year-old wideout has 30 receptions (44 targets) for 367 yards and two touchdowns. If you took Sanders’ stats and placed them on the Eagles, he would lead their wide receivers in both receptions and receiving yards.

As things currently stand, the Eagles’ wide receiver unit is a mixed bag of results. While Alshon Jeffery has stepped up over the last few weeks, Nelson Agholor and J.J. Arcega-Whiteside have been missing in action.

In addition to the lack of production, Philadelphia is also missing deep threat wideout DeSean Jackson, who is dealing with an abdominal injury since Week 2.

That being said, if their passing game cannot show some signs of life against the Dallas Cowboys on Sunday night, do not be surprised to see general manager Howie Roseman make a push to upgrade the wideout position.