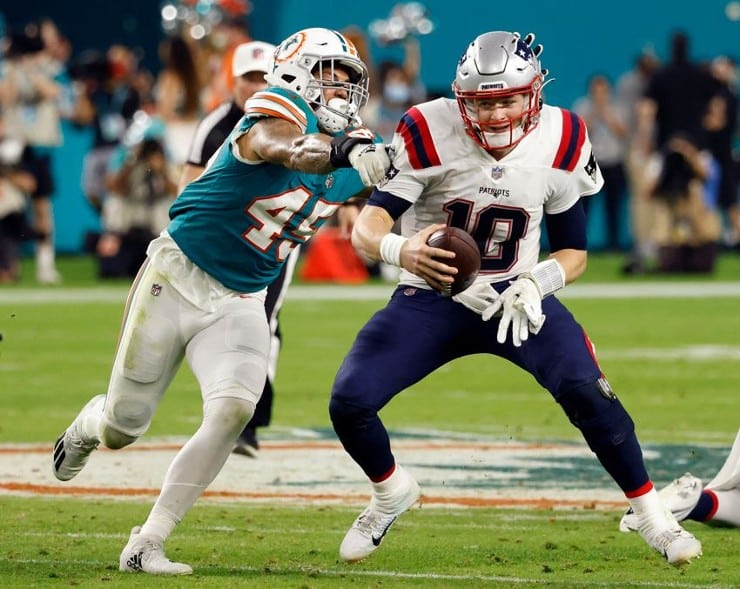 NFL Week 1 picks from NBC Sports are now available for the 2022 NFL season. On Thursday, football analysts Mike Florio and Michael David Smith released their NFL best bets. Four of their most interesting predictions are featured below. Keep in mind, the ProFootballTalk analysts share differing opinions on various contests.

However, their most intriguing picks for bettors came from these four matchups: Patriots vs. Dolphins at 1:00 p.m. ET, Browns vs. Panthers at 1:00 p.m. ET, Packers vs. Vikings at 4:25 p.m. ET, and Buccaneers vs. Cowboys at 8:20 p.m. ET on Sunday Night Football.

For the Patriots vs. Dolphins matchup, MDS is picking the Patriots to win 16-13 on the road. He said, “I think Bill Belichick is going to have some defensive wrinkles in store that help the Patriots win a low-scoring game.” Though, the Dolphins with quarterback Tua Tagovailoa are 3-0 against New England.

As for Florio, he’s no longer confident in this Belichick-coached team. He has Miami winning 27-20. Too many questions remain for the team’s offense. He thinks Belichick will regret not hiring an offensive coordinator by mid-season. Joe Judge and Matt Patricia will not cut it. Also, the Patriots are 1-4 SU in their last five meetings against the Dolphins.

Bet On Dolphins -3.5 at Bovada

Next, MDS thinks Panthers quarterback Baker Mayfield will get revenge against his former team. He has the Browns winning 23-20. The Deshaun Watson trade took many fans by surprise in March. Cleveland attracted a lot of negative publicity over the last six months.

Prior to Mayfield’s departure, one cannot help but feel that Browns head coach Kevin Stefanski and owner Jimmy Haslam threw him under the bus. Now, the quarterback will be playing with a chip on his shoulder. Not to mention, the Browns are 2-4 SU in their past six matchups versus the Panthers.

Additionally, for Florio’s prediction, he mentioned, “Baker Mayfield may not have said that he was to f—k up the Browns. But he definitely wants to. And he will.” He hopes Carolina beats Cleveland by six points. His final score prediction is 27-21 Panthers.

Bet On Panthers -1.5 at Bovada

Moreover, MDS is trusting the Packers to continue their dominance against NFC North opponents. He’s counting on Green Bay to win this game 28-21. The Packers are seeking a fourth consecutive division title this season as well.

Nonetheless, can Aaron Rodgers win on the road, especially without Devante Adams? For a reminder, head coach Matt LaFleur also rested his starters during the preseason. After the Packers rested their starters against the Lions in Week 18, they looked flat in the divisional round of the playoffs, leading to the 49ers upsetting them at home.

Meanwhile, Florio has the Vikings winning 28-24 at home. He thinks Minnesota will be a better team this season. Mike Zimmer is gone, and Kevin O’Connor succeeded him as the team’s 10th head coach in franchise history. Though, O’Connor lacks head-coaching experience. This matchup could go either way.

Bet On Vikings +1 at Bovada

Lastly, for Sunday Night Football, MDS has the Buccaneers beating the Cowboys at AT&T Stadium. He’s predicting Tampa Bay will win 27-20. “Tom Brady may have taken a long leave of absence during training camp, but when the games count for real, he’s going to turn it on and beat the Cowboys,” explained the analyst.

Equally important, while the Buccaneers are 2-7 SU in their previous nine matchups against the Cowboys, Brady is also 6-0 versus Dallas in his 22-year playing career. Tampa Bay is also 14-3 SU in its last 17 road games.

Florio made it a point to mention that Brady has only played at AT&T Stadium once in his playing career. It was back in the 2015 season. While with the Patriots, Brady threw 2 TDs to 0 INTs and passed for 275 yards. But the Patriots back then were a completely different team. Florio has the Bucs beating the Cowboys by a field goal. His final score prediction is 31-28 Bucs. 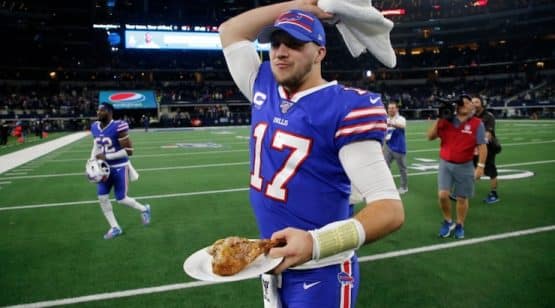 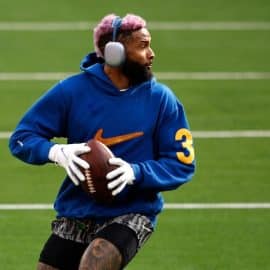 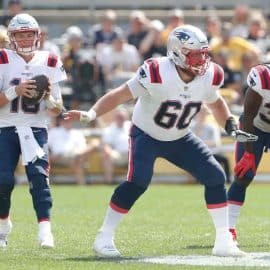 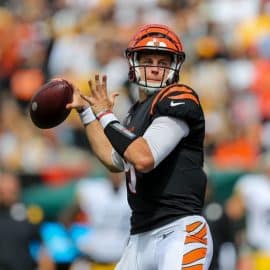