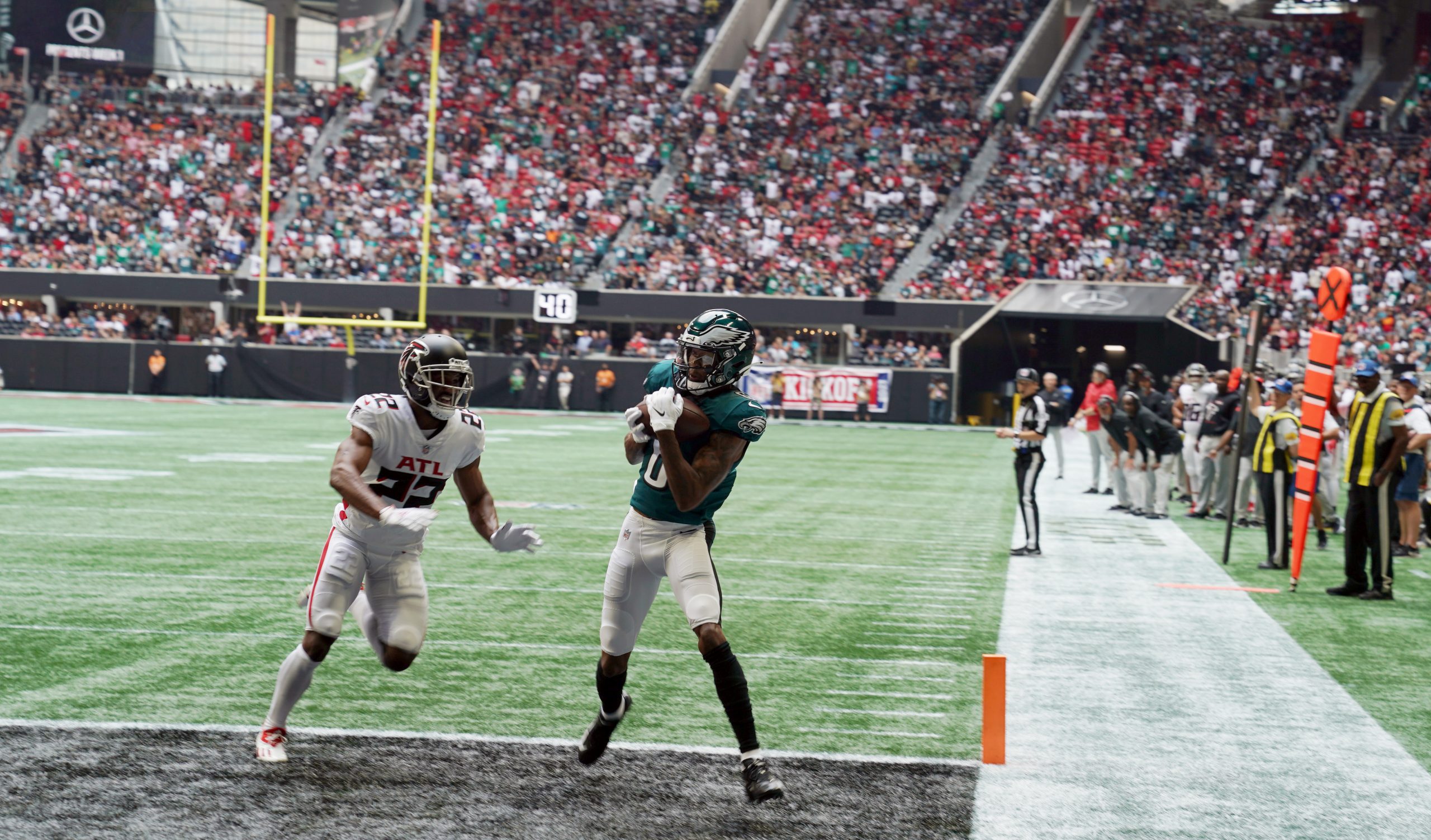 Week Two will be the home opener for the Philadelphia Eagles as they will take on the San Francisco 49ers at Lincoln Financial Field Sunday at 1 p.m. ET.

The Eagles are coming off an impressive 26-point Week 1 victory over the Atlanta Falcons. Second-year quarterback Jalen Hurts was efficient in the season opener, completing 77% of his passes for 264 yards and three touchdowns. Hurts also showcased his mobility, rushing for 62 yards on seven carries.

One of Hurts’ touchdown passes went to his former college teammate DeVonta Smith, who opened up the scoring for the Eagles. Smith had a very productive start to his NFL career in Week 1, garnering 6 receptions for 71 yards.

Defensively, the Eagles did not allow a single touchdown in the entire game and held Falcons quarterback Matt Ryan in check. Ryan completed 21-of-35 passes for 164 yards and was sacked three times.

As for the 49ers, this will be their second consecutive road game after playing the Detroit Lions last Sunday.

San Francisco won 41-33, despite Detroit making a late-game surge after being down 38-10 earlier in the game. Niners starting quarterback Jimmy Garoppolo completed 17-of-25 passes for 364 yards and 1 touchdown.

The Eagles’ offense might have the advantage over San Francisco’s defense, which is dealing with a lot of injuries.

Meanwhile, cornerback Emmanuel Moseley is listed as doubtful, and LB Dre Greenlaw is out. As for the Eagles, the only injury of note is safety Rodney McLeod, who will be out as he works his way back from last year’s knee injury.