NHL & Olympics will be fine without each other 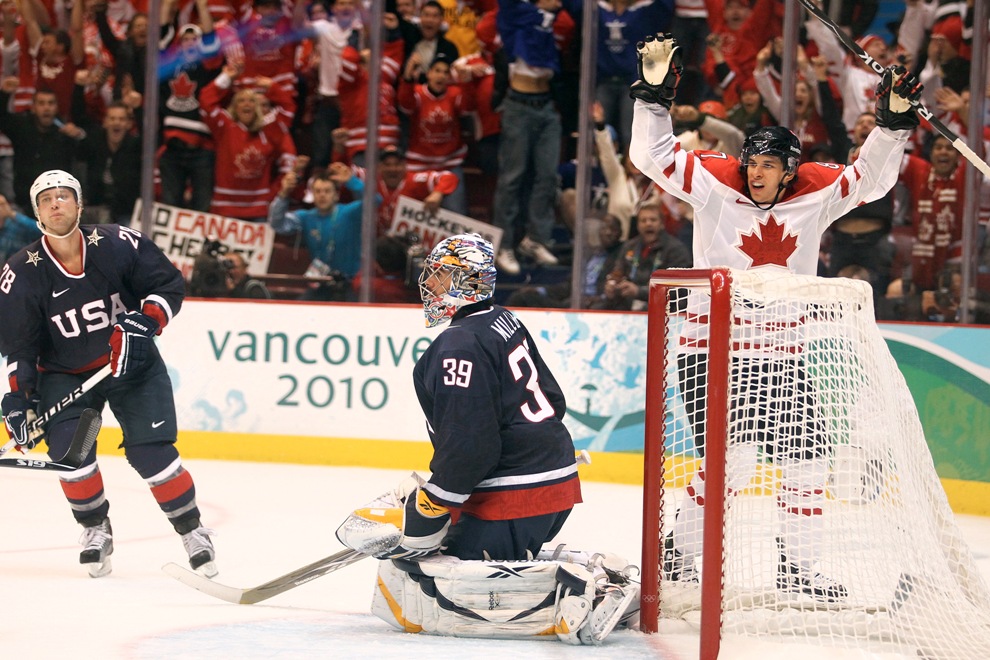 In the wee hours of Thursday morning, we will be exactly 365 days away from the Opening Ceremonies of the 2018 Winter Olympics in PyeongChang, South Korea. One year from now, many North American fans, who insist on watching Olympic hockey live on television, will declare war against their own bodies as they try to manage the fourteen to seventeen hour time difference. As countries prepare to wage war on ice against each other, will those countries still be represented predominantly by NHL players? Starting with the first official Winter Olympics in 1924, men’s hockey has been a part of all twenty-two Winter Olympics as well as the 1920 Summer Olympics. NHL players donned national colors for the five most recent Olympics and those mid-February hockey tournaments were widely acknowledged as outstanding displays of global hockey skill, with six different countries competing in the gold medal game at least once.

Yet for all the indelible memories Olympic hockey gives us, the logistic and economic challenges the players and their union (NHLPA), the NHL, the International Ice Hockey Federation (IIHF) and the International Olympic Committee (IOC) face are a source of contention every four years as each entity seeks to protect its own interests.

NHL players are almost unanimous in support of continued participation in the Olympics. Star players dream of representing their nations in hockey’s highest quality tournament while the rest of the league’s players get a two-week vacation. In contrast, many owners now seem to favor abstaining from NHL participation in the Olympics, citing the disruption to the normal business of hockey due to a mid-season break, the compressed regular season schedule in Olympic seasons, the risk of stars suffering severe injuries shortly before the playoffs and the constant clashing with the IIHF and IOC over funding players’ expenses.

The IIHF – the sport’s global governing body – has an economic interest in persuading the best players in the world to maximize their exposure by participating in the most watched international multi-sport gathering.

Similarly, from television rights fees alone, the IOC makes billions of dollars from various countries’ combined payments. For the PyeongChang 2018 Games, NBC paid $963 million (all figures U.S.).  Discovery/Eurosport paid $1.4 billion for exclusive rights in most of Europe outside of Russia for the next four Olympics while CBC/Rogers/Bell Media in Canada paid upwards of $150 million for the next two Olympics (an estimate based on their financial commitment for the 2010 and 2012 Olympics). Logically, the price tag rises higher if the best and most well-known athletes from every sport, including hockey, join the Winter Olympics. After last Friday’s meaningless meet-and-greet in New York where the leaders of the four organizations – Thomas Bach (IOC), Rene Fasel (IIHF), Gary Bettman (NHL) and Donald Fehr (NHLPA) – met for a “courtesy visit”, one of the key roadblocks to continued NHL participation in the Olympics remains the IOC’s decision to discontinue paying for NHL players’ travel and insurance expenses. This is a new stance adopted by Bach, the IOC President, elected in 2013, that differs from his predecessors Jacques Rogge and Juan Antonio Samaranch. In 2014, the IOC’s share was approximately $14 million while the IIHF contributed an additional $11 million.

Fasel stated last November that the Russian Olympic Committee volunteered to pay travel and insurance costs for its players and Fasel lobbied other major hockey nations’ respective Olympic committees for similar pledges. Early this year, he found a way to make up the funding shortfall irrespective of IOC help though Fasel did not disclose financial figures.

Consider first that the IOC does not compensate athletes for participating in the Olympics. Then consider that ticket revenue from hockey alone amounted to $80 million in Vancouver 2010. NHL players risk injury at the Winter Olympics and the chance of damaging their clubs’ playoff hopes in exchange for wages totaling zero dollars from the IOC. (Just ask John Tavares, Henrik Zetterberg and Dominik Hasek about Olympic injuries). How then, can the IOC justify changing their policy, treating NHL players like unpaid servants by declining to pay even a small honorarium nor any further travel and insurance expenses?

Sadly, the antiquated IOC still views the issue from the diametrically-opposite direction: that the Olympics are this sacred, wonderful, glorious, holy, pure and undefiled institution that plebian amateur and haughty professional athletes alike should feel humbly privileged to be a part of. In reality, past history reveals that greedy and corrupt modern IOC leaders and members perpetuate scandal after scandal, sullying the noble principles of sport espoused by the original fathers of the modern Olympic movement.

Are the Olympics really a brand the NHL wants to be associated with? Despite the feel-good Citius, Altius, Fortius ideals that many fans still cling to, the prestige of the Five Golden Rings has long since burned up in the flames of the Olympic cauldron.

In 2010, Detroit GM Ken Holland discussed the risks and benefits of Olympic participation, recalling how his own team captain Steve Yzerman risked aggravating a knee injury by playing in the 2002 Winter Olympics. While he helped Canada end a half-century gold medal drought, Yzerman missed the remainder of the NHL regular season. To me, the resurrection this past summer of the World Cup has rendered NHL participation in the Winter Olympics redundant. It is a lot to ask of star players to represent their countries in best-on-best international tournaments every two years. Thus in the same way that the World Cup was essentially discontinued after 1996 when the NHL joined the Olympics in 1998, expect the opposite to happen starting with the 2016 World Cup. There is a good chance that the next global best-on-best competition will not be PyeongChang 2018 but instead, the 2020 World Cup.

What will happen to the quality of Winter Olympic hockey?

Sure, fans may gripe about Crosby, Malkin, Karlsson, Laine, Matthews and Jagr not being part of their respective national teams, but don’t forget in pre-NHL days, the Winter Olympics still featured great, competitive hockey played by members of non-NHL professional clubs along with up-and-coming prospects.

Eric Lindros refused to play for Quebec after the Nordiques drafted him first overall so he headed back to junior, then to France to represent Canada at the 1992 Winter Olympics.

In that same quarterfinal game, Germany came an inch away from upsetting Canada when Peter Draisaitl, father of current Oiler Leon Draisaitl, shot the puck through Sean Burke’s pads, but not hard enough to cross the goal line.

Two years later, Peter Forsberg, ironically, traded for Lindros, scored a fadeaway shootout goal against Canada to win gold for Sweden that was so unique, it was immortalized on a postage stamp. And of course, the event the IIHF ranked as international hockey’s #1 all-time moment: The Miracle on Ice at Lake Placid in 1980 when upstart collegiate Americans led by the late Herb Brooks, defeated the vaunted Soviet Union on the way to winning gold. (Click HERE and HERE for higher resolution versions of the two Miracle on Ice photos.)