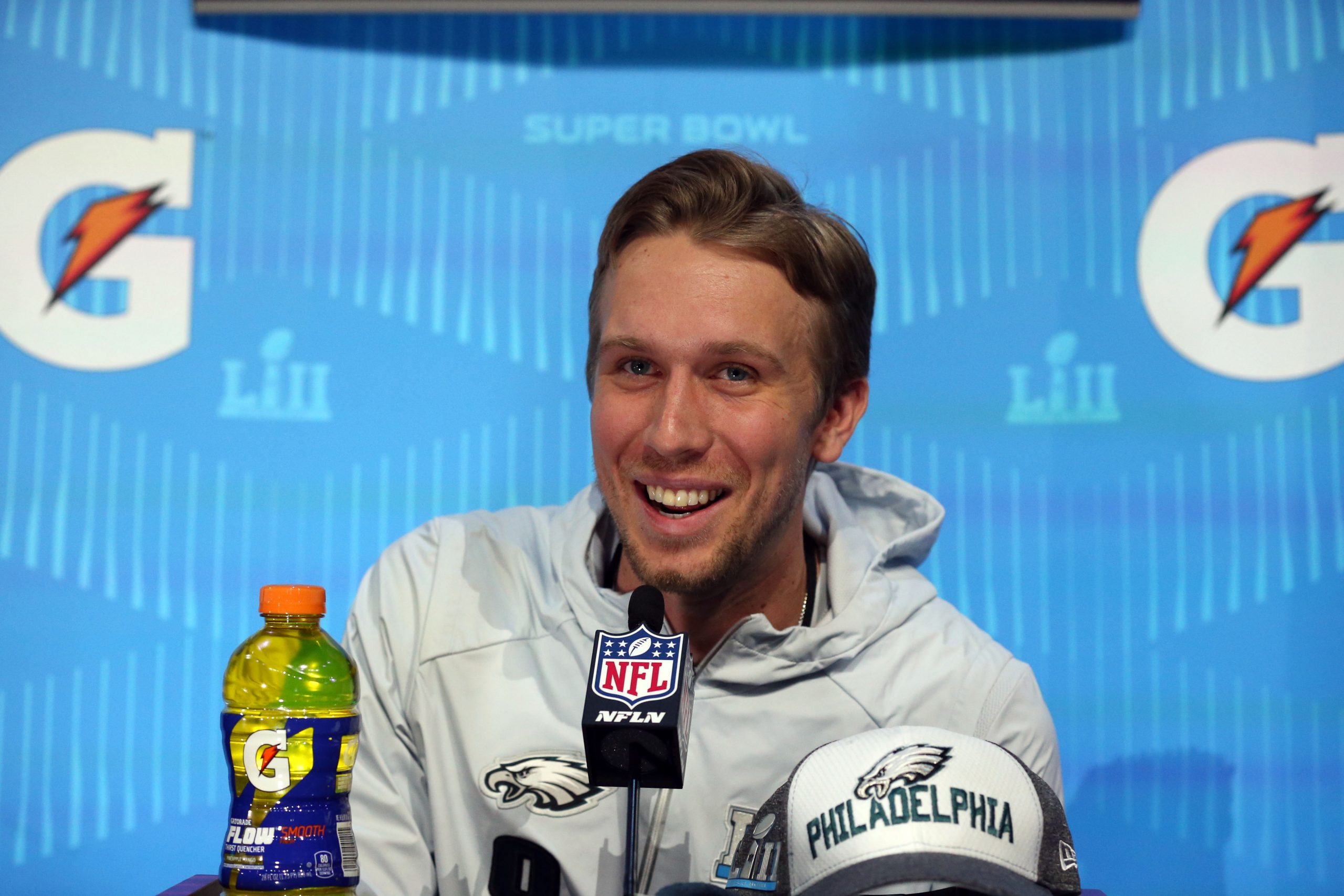 This season for the Philadelphia Eagles and starting quarterback Nick Foles has had a Disney-esque feel to it. For starters, the Eagles have dominated the majority of their opponents all season without the services of many key players, including quarterback Carson Wentz and are in the Super Bowl.

On the other hand, when you take a look at Foles’ journey, everything has come full circle for the veteran quarterback, who once contemplated giving up football completely. That is what makes this year’s Super Bowl appearance special for everyone involved, including Foles.

“No, I did not imagine I would be the starter in the Super Bowl when the season started,” Foles said via NFL.com. “When you’re playing behind Carson Wentz, you’re playing behind Carson Wentz. He’s one of the best in the NFL. He’s got an extremely bright future. I can’t wait to see what he does in his future. … He’s going to have a great career and his time will come.”

It is without question that before Wentz suffered a season-ending injury against the Los Angeles Rams, he was on his way to being named the MVP of the league. However, a lot of credit has to be given to the Eagles’ coaching staff for keeping this team afloat and getting Foles into a rhythm heading into the playoffs.

After passing for four touchdowns against the Giants in Week 15, Foles struggled the last two weeks of the regular season, causing panic in the streets of Philadelphia.

Therefore, Eagles head coach Doug Pederson went back to the basics with Foles in the playoffs and he churned out two great performances.

For the Eagles to have a chance on Sunday, they will need Foles to put together one more good game. Eagles fans should not be worried if he can do it, however as he has Wentz right by his side.