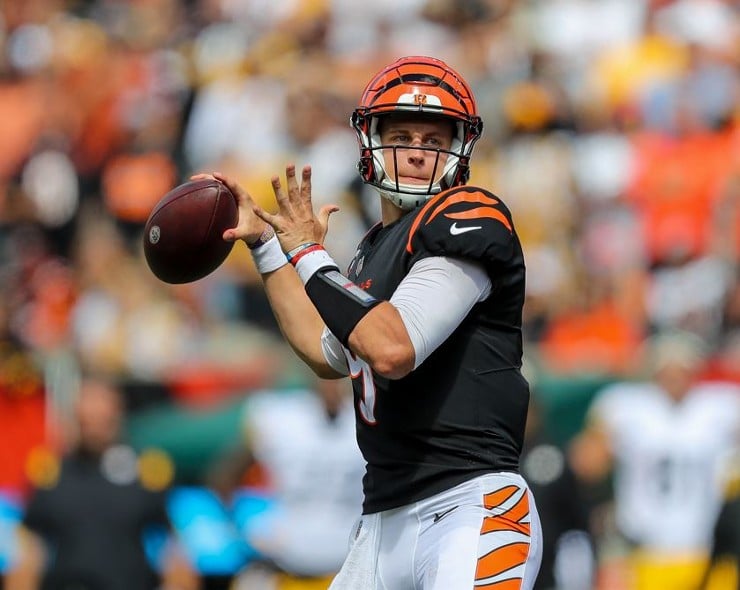 The analyst has released his favorite picks for Week 2 this football season.

For Week 2 of the 2022 NFL season, Nick Wright released his picks on “What’s Wright? With Nick Wright” show on Fox Sports for these three contests: Bengals vs. Cowboys, Bears vs. Packers, and Vikings vs Eagles.

Wright’s “Stay Away” games include the Jets-Browns, Colts-Jaguars, Commanders-Lions, Seahawks-49ers, and Panthers-Giants matchups. The analyst isn’t interested in laying six points for the Browns with Jacoby Brissett.

Bengals vs. Cowboys – Bengals -7.5 with Bovada

First off, Wright has the Bengals beating the Cowboys at AT&T Center. The analyst explained, “Cincinnati -7 with Dallas starting Cooper Rush? Worst quarterback in the league right now, and the only offense that didn’t score a touchdown in Week 1 — and that was with Dak Prescott. Cincinnati is going to win this game by multiple scores”

Wright thinks the Cowboys will start their season 1-5. It’s a reasonable prediction. With Prescott, the Cowboys only scored three points against the Buccaneers in Week 1. Now that Prescott is injured, the offense will look even worse. Although the Bengals are 1-5 SU in their past six matchups versus the Cowboys, the home team is weak right now.

Bears vs. Packers – Packers -10 with Bovada

Next, Wright has the Packers bouncing back at home against the Bears in Week 2. “This is the week that Rodgers reminds everybody when things are going well, he looks as good as any player in league history,” said the sportscaster.

“Green Bay blows out Chicago. That’s what they do. Chicago goes to Green Bay, and they get their asses kicked. And Rodgers coming off an awful game is going to try to run up the score. This honestly feelings like 31-7 or 31-10 Packers.”

The Bears are 0-6 ATS and 0-6 SU in their last six meetings against the Packers. Though, Chicago is also 8-2 SU in the team’s past 10 contests played in September. Does anyone picture Rodgers and the Packers losing back-to-back games to divisional rivals? Go with what you feel.

Bet On Packers -10 at Bovada

Vikings vs. Eagles – Vikings +2 with Bovada

Lastly, Nick Wright’s final pick for NFL Week 1 is Vikings over Eagles. He said, “Philadelphia was very impressive offensively in Week 1. Defensively, real question marks, letting Detroit push them around the way they did. Minnesota, on the other hand, I think can play offensively better than they did in Week 1…”

For one notable point, the Vikings are 5-10 SU in their past 15 matchups versus the Eagles. Wright then went on to state, “I think Minnesota is going to score 28 or 31 points. I don’t think Minnesota has as good of a defense as it looked in Week 1 against Green Bay. But I think Minnesota wins this game outright.” 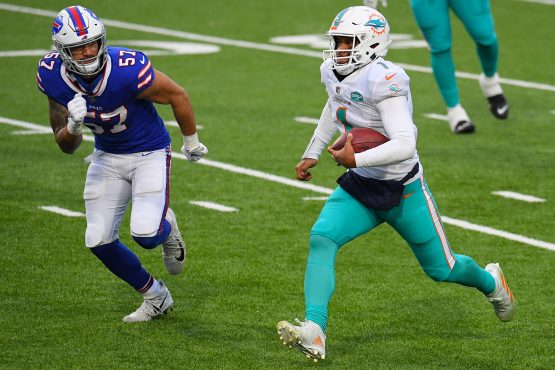 Tua Tagovailoa Off With Head Injury As Dolphins Host Bills 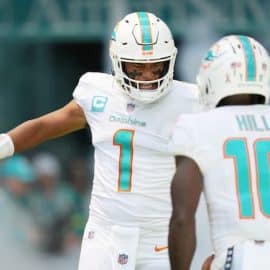 WATCH: Two Touchdowns In Q1 Between The Bills and Dolphins 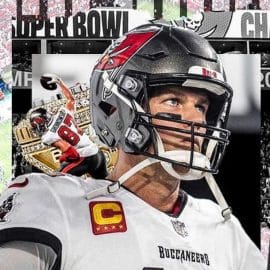 Tom Brady May Not Be 100% For Green Bay Packers Clash 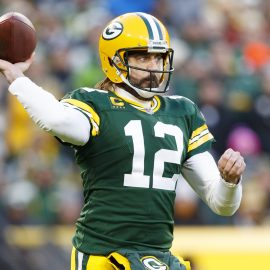 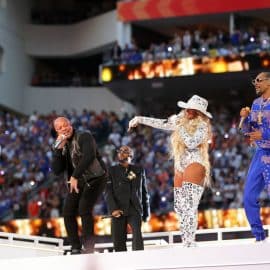 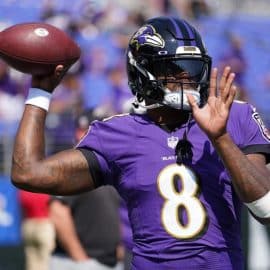