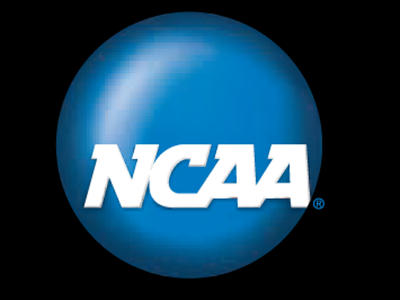 Eight teams remain alive in the NCAA DII Women’s Volleyball Championship tournament. The quarterfinals begin today at 1:00 PM ET in the Sanford Pentagon in Sioux Falls, South Dakota.  The complete schedule of matches is shown below. The Sanford Pentagon is a great indoor arena which opened in September of 2013 and has a seating capacity of 3,250 spectators. It hosts the Sioux Falls Skyforce of the NBA Development League. The semifinals will follow on December 9 and the finals on December 10.

What is NCAA DII?

“There are 310 DII women’s volleyball programs, spread all across the USA.  But, what exactly is NCAA Division II, or DII? Well, straight from the NCAA website we read the following explanation. “Division II institutions have to sponsor at least five sports for men and five for women, (or four for men and six for women), with two team sports for each gender, and each playing season represented by each gender. There are contest and participant minimums for each sport, as well as scheduling criteria — football and men’s and women’s basketball teams must play at least 50 percent of their games against Division II or Football Bowl Subdivision (formerly Division I-A) or Football Championship Subdivision (formerly Division I-AA) opponents.”

“For sports other than football and basketball there are no scheduling requirements. There are no attendance requirements for football, or arena game requirements for basketball. There are maximum financial aid awards for each sport that a Division II school must not exceed. Division II teams usually feature a number of local or in-state student-athletes. Many Division II student-athletes pay for school through a combination of scholarship money, grants, student loans and employment earnings. Division II athletics programs are financed in the institution’s budget like other academic departments on campus. Traditional rivalries with regional institutions dominate schedules of many Division II athletics programs.”

“Division II’s academic philosophy calls for a comprehensive program of learning and development in a personal setting. The size of many Division II campuses (about 87 percent of Division II schools have enrollments of fewer than 8,000 students) fosters that personal setting. As with all NCAA colleges and universities, student-athletes at Division II institutions are required to meet certain academic standards in order to practice and compete in athletics. These benchmarks are called “initial-eligibility standards” for incoming freshmen and transfer students, and “progress-toward-degree standards” for other student-athletes. These criteria ensure that student-athletes are prepared for the rigors of college coursework and are on a path to graduate throughout their college experience. (These standards are outlined more specifically at the NCAA Eligibility Center website, where all prospective student-athletes seeking athletics-based aid at Divisions I or II institutions must register.)”

“At the 2014 NCAA Convention, Division II adopted a “Path to Graduation” legislative package that changes the division’s initial-eligibility and progress-toward-degree requirements for the first time in 31 years. The changes raise the initial-eligibility GPA requirement for student-athletes enrolling on or after August 1, 2018, to a minimum of 2.2 for qualifiers (up from the current 2.0) and establishes for the first time two sliding scales for full and partial qualifiers that allows lower standardized test scores to be offset by higher high school core course GPAs. Data on student-athlete graduation rates support Division II’s commitment to student-athlete academic success. All NCAA colleges and universities are required by federal law (the Student Right-to-Know Act adopted in 1990) to report student graduation rates, and those institutions offering athletics aid are required to report for their student-athletes as well.”

The Two Semifinals Winners compete for the Title @ 6:00 PM ET