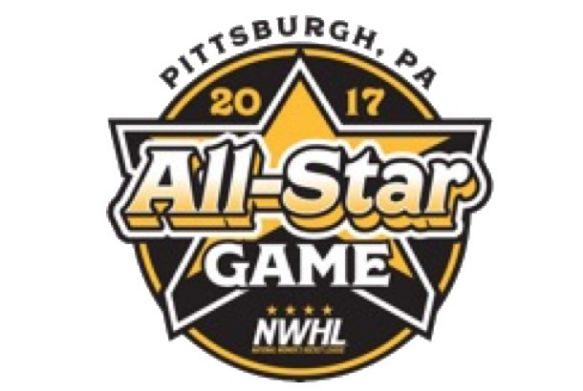 Especially because, it could be coming to a Lemieux Complex near you.

“Pittsburgh is a hockey area,” said Boston Pride and Team Kessel forward Meghan Duggan. “Great choice for a host area, seems like it would be a great place for an additional team.”

Prior to faceoff, Duggan wasn’t the only one that shared the sentiment. New York Riveters captain (and mechanical engineer), Ashley Johnston, an Ontario native, was much more direct.

“As a player, playing here right now is phenomenal, I’d love to see a team here, see what happens.”

Don’t think for a second that the NWHL brought the All-Star Game to Pittsburgh just for the fun of it – they’re scouting. What we showed them is that Pittsburgh would accept a franchise with open arms.

From the drop of the puck, the crowd was loud and engaged the entire night.

“The atmosphere was great, the fans have been so awesome the last two days, obviously today with a packed house, it was pretty loud out there,” Team Steadman captain Kelley Steadman said after a hard-fought 11-10 loss to Team Kessel.

“We definitely wanted to come out and play hard, after that first shift where [Meghan] Duggan put me into the net, I was like, ‘okay, here we go,’” she added.

The fans inside the Lemieux complex were treated to a back and forth affair, which would see two players, Harrison Browne and Madison Packer score two and Amanda Kessel score three.

“I think my teammates wanted it more for me, which was pretty cool,” Kessel would say. “I had two chances at an empty net, so thankfully I went 1-for-2 on that.”

Team Kessel’s biggest lead of the day came when Rebecca Russo would put them ahead, 6-3, but that wouldn’t last long as Packer and Kelly Babstock would battle to a 6-6 tie.

“It’s really fast,” Steadman said. “We definitely wanted to come out and play hard, both teams did. We wanted to show the crowd what it’s like in a real game, which is physical and fast, so that’s what we did.”

Steadman, the RMU Women’s Director of Hockey Operations understands that this is a market that could support a franchise.

“Pittsburgh’s a great sports city,” she said. “Regardless of what the sport is, hockey or football, people are just really passionate here. I think moving forward we see how much they support women’s hockey here.”

Steadman would finish the game with a goal and two assists. Kessel, as noted, scored the hat trick. Two of Kessel’s three goals would register as go-ahead goals, making the game 4-3 and 7-6, respectively.

If the NWHL used this weekend as a scouting trip, the players used it as an audition and they wove their way into the fabric of Pittsburgh’s hockey culture.

So, thank you, NWHL for choosing Pittsburgh as the place to host your 2017 All-Star Weekend. We hope you enjoyed what we have to offer and we will graciously accept the next NWHL franchise if they so choose to come here.

It’s not a dream, NWHL. We love hockey here.