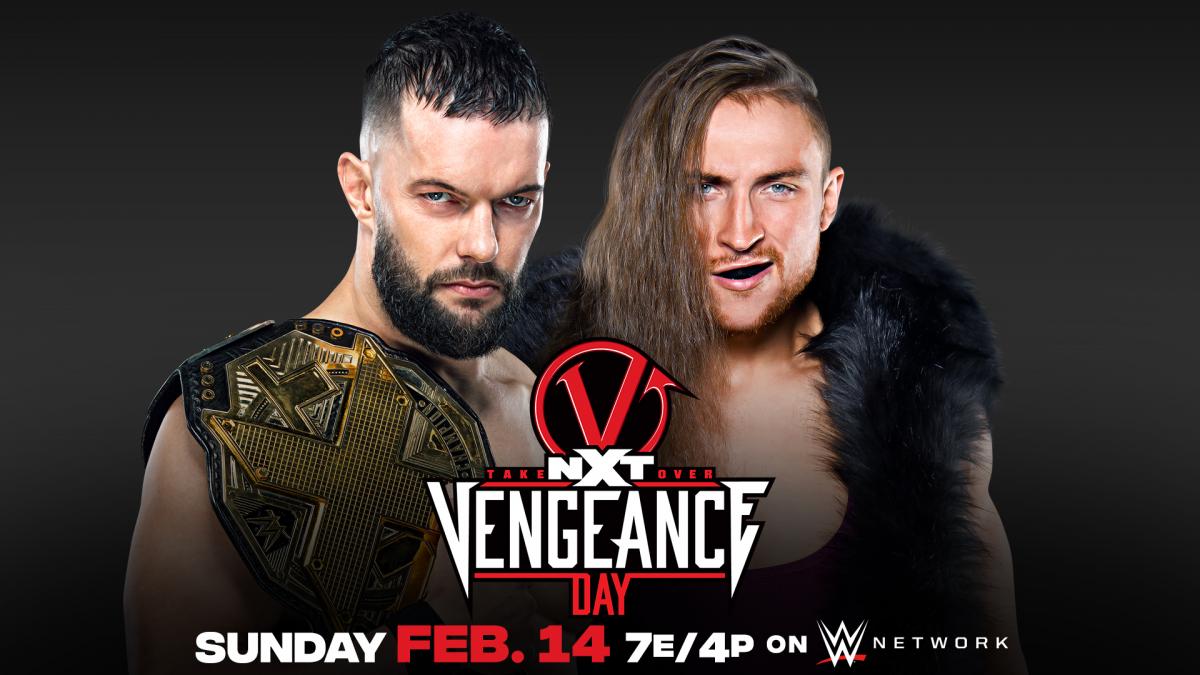 NXT TakeOver: Vengeance Day took place at the Capital Wrestling Center in Orlando Florida. This show featured the finals of the Dusty Rhodes Classic on the Men’s and Women’s sides. 3 championships were on the line as Johnny Gargano defended the North American title against Kushida, Io Shirai competed in a Triple Threat match against Toni Storm and Mercedes Martinez and Finn Balor defended the NXT title in the main event against Pete Dunne.

#NXTTakeOver: Vengeance Day kicks off with the Finals of the FIRST-EVER Women's #DustyClassic!

A historic #WWENXT moments takes place at #NXTTakeOver: Vengeance Day and this winning team has also secured an opportunity at the #WomensTagTitles! pic.twitter.com/d6rk1MwnFf

Footage from earlier today was shown of Pete Dunne along with Oney Lorcan and Danny Burch entering the Capital Wrestling Center. They showed Finn Balor arriving as well.

After Kushida made his entrance, Gargano and The Way are doing a dance to prepare for his match. Austin Theory gets taken by Dexter Lumis as Candice, Johnny and Indi made their way out to the ring. Johnny tells them to go find Austin as he made his way to the ring.

WHAT DID WE JUST WITNESS?!

Thanks to @DexterLumis lurking around, things aren't going #TheWay @JohnnyGargano had hoped before his match against @KUSHIDA_0904 for the #WWENXT North American Title at #NXTTakeOver: Vengeance Day! pic.twitter.com/gz99zE0xlM

Will it be another #JohnnyTakeOver night or is it @KUSHIDA_0904's time?

The #WWENXT North American Title is on the line in a hard-hitting collision at #NXTTakeOver: Vengeance Day! pic.twitter.com/f1igETreY3

The Grizzled Young Veterans came out for the match saying that MSk had an emotional journey on their face but they will not enjoy a single second of this fight. He tells them to stick their flippy persona up their ass and they will soon be recognized as the Dusty Rhodes Classic winners.

A promo of Cameron Grimes was shown, showing his new persona of being a rich man.

They show Pete Dunne and Finn Balor getting ready for their match backstage.

The #WWENXT Women's Championship is on the line as @shirai_io defends against two of the toughest around… Toni Storm & @RealMMartinez!

Who will win it all at #NXTTakeOver: Vengeance Day? pic.twitter.com/FxX8eQc5eF

They show footage from earlier tonight of the newest edition to NXT LA Knight (Eli Drake) signing his contract for NXT. They also show him on the pre show saying that anyone who has titles on them should keep their eyes on him.

We are witnessing an absolute CLASSIC for the #NXTChampionship as @FinnBalor defends against @PeteDunneYxB at #NXTTakeOver: Vengeance Day! pic.twitter.com/N7OOPpOUyY

His fingers may be broken, but @FinnBalor still wears the #NXTChampionship after a clinic of a match with @PeteDunneYxB! #AndStill #NXTTakeOver pic.twitter.com/ocwe1e2C6O

Oney Lorcan and Danny Burch attacked Finn after the match. Dunne joined in the attack. The Undisputed Era came out to the ring to help Finn. Dunne, Lorcan and Burch left the ring. Kyle O’Reilly helped Finn up. The show was about to end with Finn posing with the Undisputed Era until Adam Cole shockingly super kicked Finn! Kyle and Roderick argue with Cole about what he did. Cole super kicked Kyle O’Reilly! Cole leaves and tells Roderick to come with him. Roderick stood there looking at Finn and Kyle out cold as the show ends.

Overall Review: This show was as great as I expected it to be. I wouldn’t say it’s up there with other great TakeOver’s but there hasn’t been a bad TakeOver in the history of TakeOver’s. I love that Eli Drake is in NXT and I can’t wait to see how they use him on the shows. Both Dusty Rhodes Classic Tag Matches were really awesome. The storytelling aspect in the MSK match was what made that match great with MSK in the underdog role. I’m really happy that they got the win and I hope they really push this team further as future tag team champs. Maybe not beating Danny Burch and Oney Lorcan just yet but I wouldn’t mind it if they did. Raquel Gonzalez and Dakota Kai getting the win was much needed especially if Raquel is going to become the next challenger for Io. That much wasn’t as perfect as it probably should’ve but it did what it needed to do.  The Triple Threat match did what it needed to do as well. Solid match as well. I don’t know if they were actually going to use the announce table in the match but that plan went out the window as it just collapsed when Toni was clearing it. I thought that was a funny blooper but it happens. I knew Johnny Gargano was retaining the title but I expected some sort of interference from Theory, Candice or Indi or him cheating to win. Instead, he won clean which I thought was kind of a mistake. I think they should’ve had some sort of B.S. type finish for this but it is what it is. We’ll see what Dexter Lumis did to Austin Theory too, that I’m eager to see. Finn and Dunne’s match was as physical as I expected it to be. I loved the finish to the actual show where Adam Cole kicked Finn and Kyle. I was scared when he kicked Finn because I figure maybe they begin a feud with Cole and Finn for the title which it really should be Karrion Kross going right after him. However, he kicked Kyle O’Reilly at the end so I think on one NXT show they’ll have Adam Cole vs. Finn Balor for the NXT title then Kyle costs Adam the match which leads into a personal feud between them and Finn moves onto Karrion. All good from there and I did enjoy this show overall.