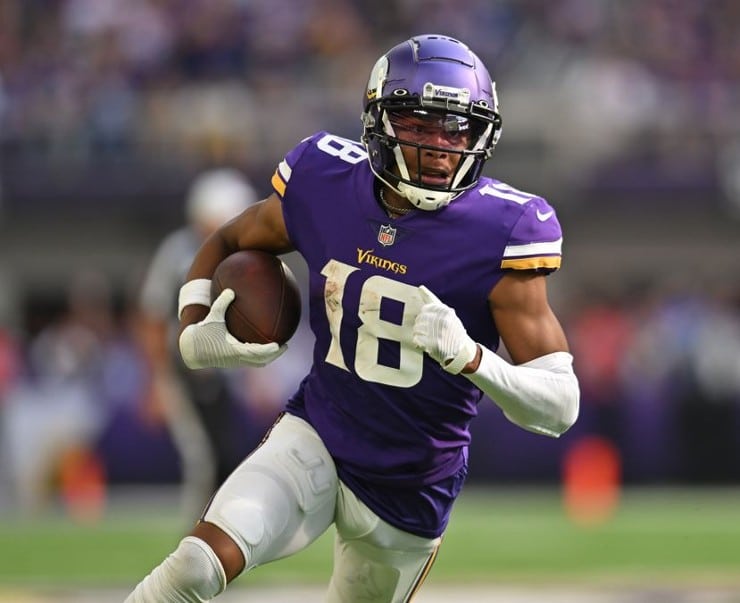 Football analyst Erich Richter of the NY Post has released his NFL Week 2 picks, predictions, and best bets for the 2022 NFL season. His betting picks for three matchups are posted below.

Entering Week 2 of the 2022 NFL season, Erich Richter of the NY Post has his sights set on three matchups: Chargers vs. Chiefs at 8:15 p.m. ET on Thursday Night Football, Colts vs. Jaguars at 1 p.m. ET this Sunday, and Vikings vs. Eagles at 8:30 p.m. ET on Monday Night Football.

For Richter’s first NFL Week 2 pick, the analyst pointed out that the Chiefs opened as 3-point favorites back in May. Now, according to Bovada oddsmakers, Kansas City is a 4.5-point favorite.

The NY Post football analyst mentioned, “Furthermore, J.C. Jackson is trending in a positive direction, according to head coach Brandon Staley. If he plays, the line may swing back in the other direction.”

Next, Richter is picking the Colts to defeat the Jaguars at TIAA Bank Field. The Jags are 1-9 SU in their last 10 games played. He also noted that Indianapolis has still not won a season opener since 2013. Last week, the Colts-Texans matchup ended in a 20-20 tie. More NY Post NFL picks are on the main page.

Moreover, the analyst is expecting Michael Pittman and Jonathan Taylor to give the Jags a lot of problems this Sunday. “Ryan, Taylor, and Pittman should be positioned to give the Jaguars plenty of issues this weekend, and -4 seems like a generous spread,” explained Richter.

Bet On Colts -4 at Bovada

Equally important, the NY Post analyst likes the Vikings’ odds of pulling off an upset on the road against the Eagles. While the Eagles’ super bowl odds increased from +2500 to 1400 after it was reported that Cowboys quarterback Dak Prescott would miss 6-8 weeks due to a thumb injury, Minnesota can still beat them.

“Their defense did allow 35 points to the Detroit Lions and nearly blew the lead after being up 38-21 in that game,” said Richter when referring to the Eagles’ 38-35 win over the Lions in Week 1. Now, he thinks that Kirk Cousins and Justin Jefferson could become “the best big-play combination” in the NFL.