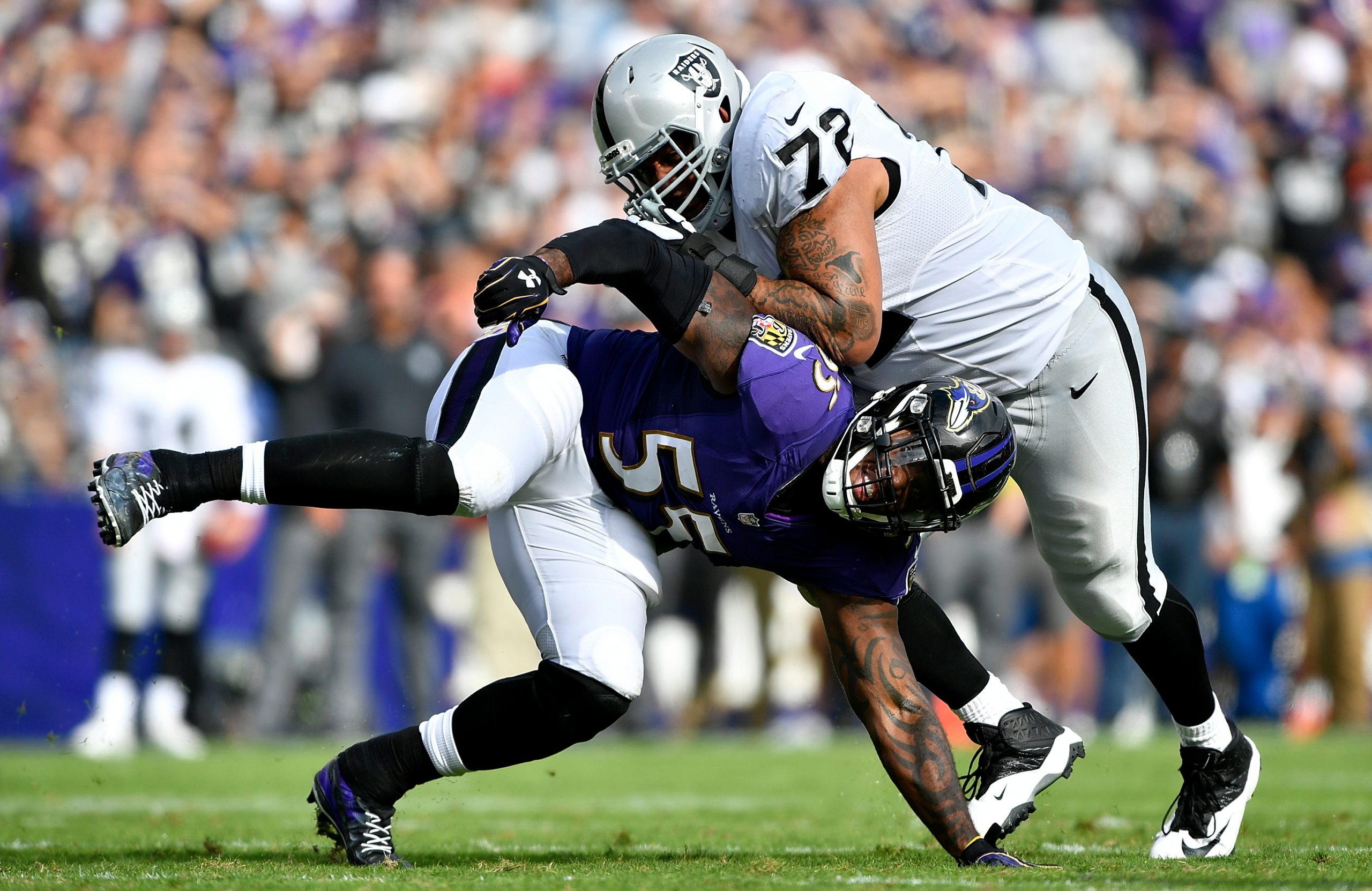 After a week and a half of training camp, Napa Valley has been full of excitement. From holdouts, rookies moving up the charts and veterans regulated to second team, the Oakland Raiders camp has opened the eyes of coaches and many fans around the west coast. Heading into their first preseason game against the Arizona Cardinals on Saturday night, here’s some key players and stories regarding the first part of training camp.

There’s been a few nagging injuries in camp so far (Amari Cooper), but nothing with the same impact as Donald Penn’s contract holdout with the team. Penn is in the final year of his 2 year, $11.9 million dollar contract with the Raiders, on pace to make $5.8 million this season. He’s been rock solid for the team the last three years, so his request is hard to argue against. This situation can go either way, but with the release of Austin Howard before camp, money is available to push Penn into the top 10 paid LT’s.

Raiders will only negotiate with OT Penn if he shows up at camp; Penn won't show without a new deal, per @RapSheet: https://t.co/D1rjUW5NJE

The undrafted free agent from Duke is making a name for himself. The buzz started to circulate after team mate and starting quarterback Derek Carr praised Breon Borders for his ability to make plays during camp. To a point where the former Blue Devil has started to take first team snaps at nickle corner. 2017 first round draft pick Gareon Conley is still not practicing with the team, so the UDFA is making the best of his opportunity in his absence. At this rate, Borders is doing everything necessary to make the Raiders 53 man roster.

Derek Carr on undrafted rookie CB Breon Borders: "Every time I turn the film on, he makes a play. … He's really proven himself."

After the Raiders signed Cordarrelle Patterson to a two year deal this past offseason, many believed the former Minnesota Viking would not only take kick return duties from Jalen Richard, but also make a strong run at slot receiver. Seth Roberts has helped his case for the #3 WR spot with a strong showing thus far. He’s minimized the drops and continued to improve his route running during the first week of camp. Roberts has made some impressive catches thus far, continuing to build that relationship with Carr. The competition from Patterson is bringing out the best in Roberts.

Sean Smith has had a rough stretch so far. The Pasadena native was demoted to the second team last week after his poor start to training camp. TJ Carrie took the reps at his corner spot, opposite David Amerson. Smith, on the last year of guaranteed money in his contract, is not in danger of losing his roster spot. Rather, his reps may dwindle if his play continues at this level.

Marquel Lee was also a candidate at this spot, but Eddie Vanderdoes has done nothing but preform thus far in camp. Already playing with the first team defense, the former UCLA Bruin has been harassing and sacking Carr since the start of camp. The knock on Vanderdoes going into the draft was his conditioning and stamina, but it seems like these questions have been answered.

Bruce Irvin and Eddie Vanderdoes get in the backfield for the sack. #Raiders

Agree with these players in each category? If not, who would you replace these guys with? Let me know in the comments below.