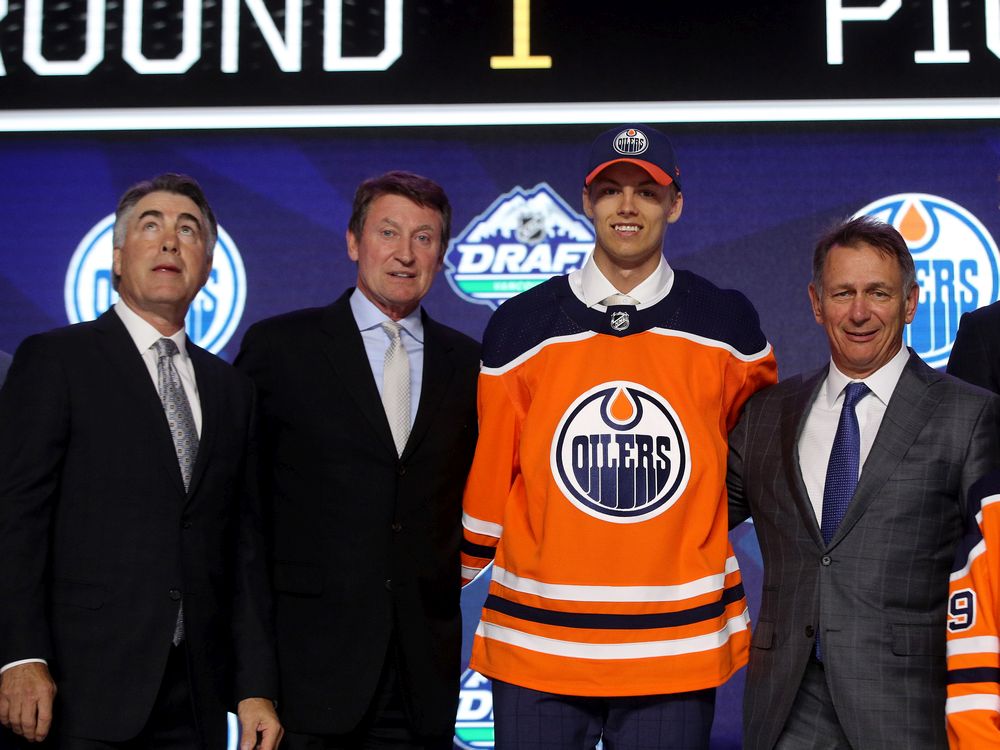 For hockey fans everywhere, December 26th is a special day. It marks the official start of the World Junior Championship, this year taking place in the Czech Republic. The Oilers haven’t had many prospects at the event in recent seasons, but that will change this time around.

The Oilers sent four prospects to the event in Ostrava and Trinec, including a pair on Team Canada. Olivier Rodrigue and Raphael Lavoie will wear the Maple Leaf, while Philip Broberg (Sweden) and Matej Blumel (Czech Republic) also partake in the event.

Blumel and the Czech team will be in tough at this event. They are in an extremely tough Group B that features Russia, Canada and the United States. Blumel is expected to play a depth role with the team, but outside of Jakub Lauko there really isn’t a star on this team. He’ll have a chance to produce on the big stage.

Broberg started the pre-tournament camp on the third pairing for Sweden, but played exceptional in an exhibition against the United States. Broberg won ‘Player of the Game’ honors for Sweden in that 5-4 exhibition loss.

Sweden is absolutely loaded on defense and should be a contender for Gold at this event. Even in a more depth role, Broberg should get a chance to really show off the speed and puck moving ability that made him a top ten pick in June.

Sweden is playing in Group A, which should end up being a contest between them and rival Finland for first place. Switzerland, Slovakia and Kazakhstan round out the group.

Expect Broberg to get a steady role with Tobias Bjornfot (LA Kings) as his partner.

Rodrigue and Lavoie open the tournament later today against the United States in what could be the game of the tournament. Both teams are absolutely loaded with future NHL talent and are, for my money, the top two teams at this event.

Lavoie, who is a volume shooter with real goal scoring ability, will be very interesting to watch. I thought he was a lock to be taken in the first round back in June, and I feel Edmonton absolutely stole him on day two. A solid performance in this tournament could vault him into the top tier of forward prospects in the organization.

Rodrigue, the expected starter in the summer, is in a bit of a different spot. He’s struggled with Team Canada this fall and appears to have lost the job to Nico Daws. Expect to see Rodrigue get at least a game at this event. Either way, for a goalie expected to be the workhorse back in the summer, this is a disappointing development. Of course, everything can change on a dime when it comes to goaltenders,

Here is the full schedule for the 2020 World Junior Championship in the Czech Republic.