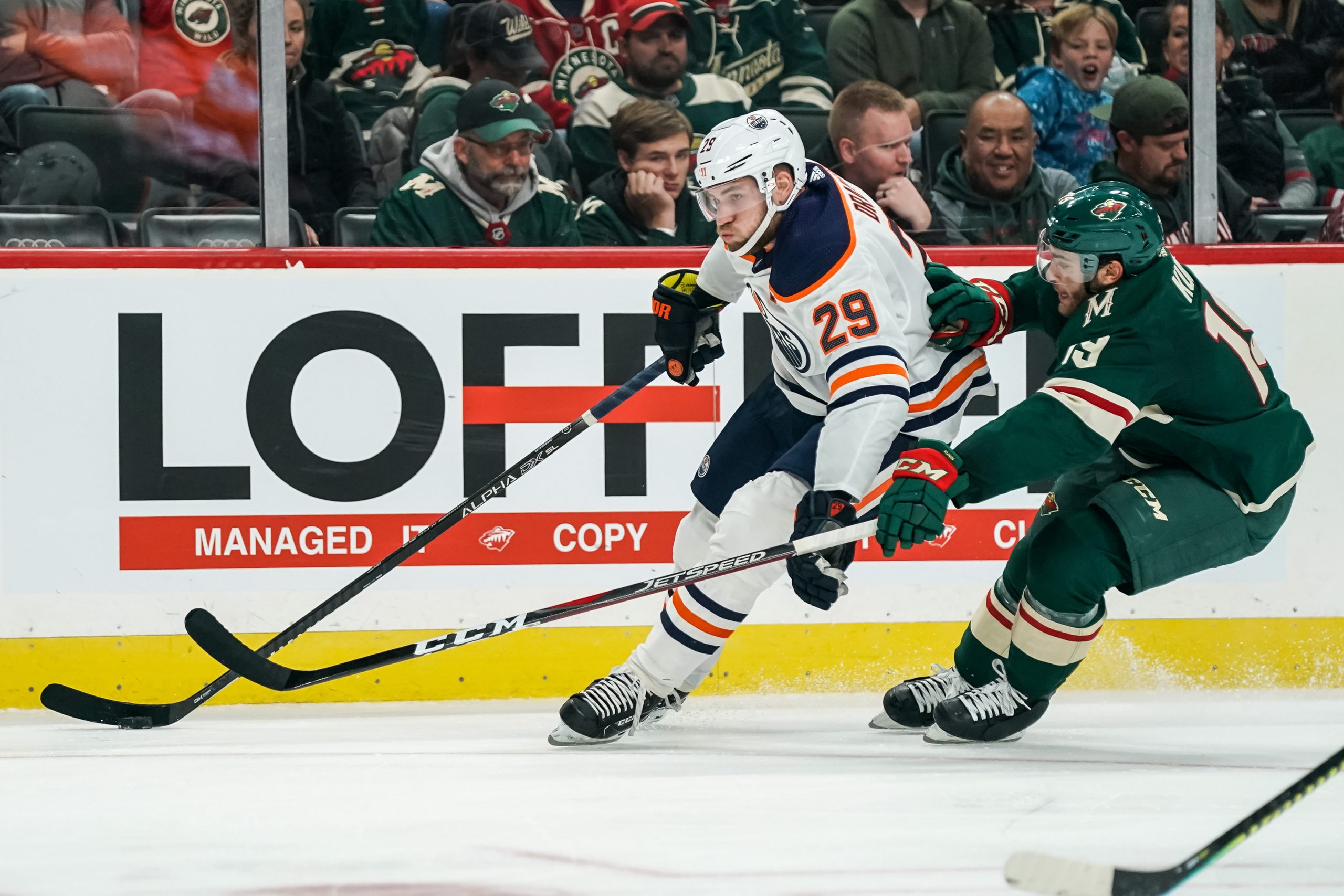 7-0. That’s the cumulative score over the first two games of the Edmonton Oilers current three-game miniseries with the Toronto Maple Leafs. After winning five straight, the Oilers have been shutout in back-to-back games and are searching for answers with the series finale just under 24 hours away.

Truth is, Edmonton’s power outage on offense is older than two games. In their 3-0 victory over the Vancouver Canucks last Thursday night, the Oilers failed to score a five-on-five goal. They’ve gone nine straight periods without a goal at even strength. Reason to panic? Not quite, but you can certainly feel a little concerned.

Dave Tippett clearly doesn’t like what he sees. On Tuesday, the Oilers debuted some new look lines. Tippett, after trying his best to avoid it, is also reuniting his most successful line from the 2019-20 season.

James Neal returned to the lineup in practice and skated on the top line with Connor McDavid and Jesse Puljujarvi. That means he replaced Ryan Nugent-Hopkins, who shifted to the second line. Nugent-Hopkins is now reunited with Leon Draisaitl and Kailer Yamamoto.

Tyler Ennis, Jujhar Khaira and Josh Archibald remain the third line, while Gaetan Haas centered Patrick Russell and Alex Chiasson. Chiasson won’t play tomorrow night, however, as he has been suspended one game for his crosscheck on Jimmy Vesey as time expired on Monday night.

The reuniting of the Draisaitl line was, in the eyes of most fans and media, long overdue. Tippett had resisted the urge, but with his team shutout in back-to-back games he clearly felt he had no other choice.

Draisaitl, who has struggled lately himself, is all for the move.

“We’ve had success last year,” Draisaitl said on Tuesday after practice. “We like playing with each other and we enjoy it. We all bring different things to the table. We’re looking to reunite that chemistry. We bring different attributes to the table to our game and it just complements really well.”

While Draisaitl is excited about getting the band back together, he did warn that results may take some time and likely won’t happen overnight. After all, believe it or not, it’s been almost a full year since they played together on a line.

“We haven’t played together in a while so we’re going to need a little bit of time to figure things out again,” Draisaitl added. “But, hopefully it will be quick and happen right away.”

The Oilers are hopeful that it will be quick, or they could find themselves sitting in third place in the North Division and too far behind the Maple Leafs to make a real push for the divisional crown.