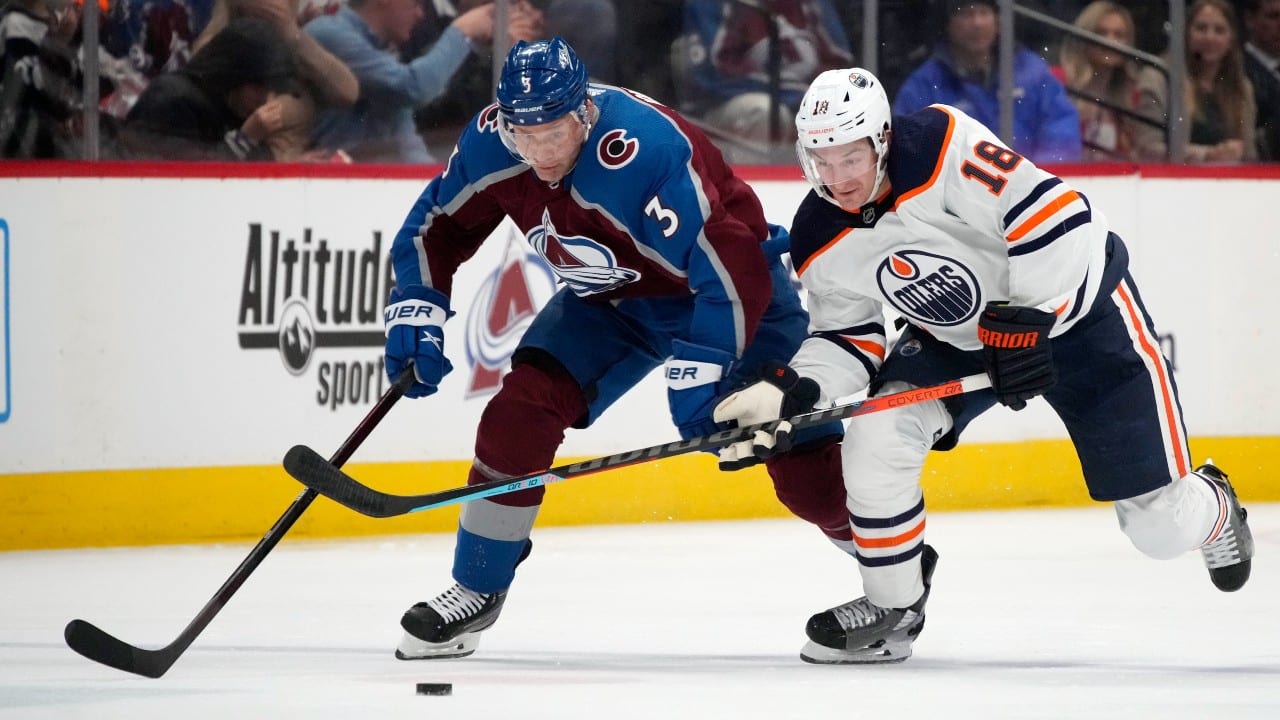 It’s a bit surprising, perhaps a bit sad, that it has been so long since the Oilers won 6 games in a row, but alas. With the regular season dwindling down to its conclusion there are seldom better times to be rounding into form so emphatically. In January and February the Oilers were free falling into the abyss, if not out of a playoff spot, and now they find themselves shooting up the standings into the possibility of home ice in the first round.

What’s more is the symmetry within the Oilers season, who hit the ground running opening the season 9-1-0. Record wise we are seeing a return to form, but now the team has earned more confidence and trust, grown through the trials and tribulations, the fiery kiln of a season full of highs and lows.

What better way to measure their mettle than to go up against the mighty Colorado Avalanche, undoubtedly one of the top teams in the league. The Avs, as I’m sure most of you are aware, check off just about every measurable for elite contenders, and a matchup this close to the playoffs should give us a game and atmosphere that will inform our expectations for the near future. In other words, if the Oilers can hang with, even push for the upper hand tonight, there’s no reason to believe they won’t be able to do so against everyone and anyone else.

Yes, in regular season NHL hockey terms, this is as good as it gets as some of the league’s best players go head to head on a Saturday night. It’ll likely be Kuemper and Koskinen in net for their teams.

Koskinen returns to the crease after missing some time with an illness. During his time away, Smith delivered his best stretch of play of the season. Since the beginning of the season I’ve maintained that the Oilers will need to rely on (at least) both of these goalies to be successful and we’re finally getting significant contributions from Smith. This should be true in the playoffs as well, as a deep Oilers run could, and perhaps should, lean into a timeshare closer to what we’ve seen from Champions like Chicago or Pittsburgh in the past.

The main change up front is RNH and McLeod switching wingers. Foegele and Ryan have stabilized nicely over the past month or two. Brassard and Kassian are not the players they once were, but provide a good enough level to bring some respectability to the bottom of this lineup.

The Avs are missing some key pieces tonight, as Kadri, Landeskog, Girard, and Ryan Murray are all out with injury. Nevertheless this is a talented and dangerous lineup with a lot of quality throughout.

MacKinnon and Rantanen are a superstar duo that has hosted a rotation of wingers over the season, especially considering the Landeskog injury. Tonight it will be the speedy Burakovsky alongside the foundation of one of the league’s top lines.

The 2nd line is missing the most, although Compher is not Kadri, he is versatile enough to fill in anywhere in the middle 6. Nichushkin is a supremely interesting case study and has lived up to his draft pedigree with incredibly strong two-way play during his tenure with the Avalanche. Likewise, Lehkonen is a defensive forward who is rated quite highly by several statistical models.

A theme in the bottom 6 is clearly speed, as the Avs have several players known to leverage their skating abilities for strong forechecking, like Aube-Kubel. Helm and Cogliano are veterans long known for their speed. Newhook is a talented young player still coming into his own but is a smart enough two-way player to be trusted in this role.

It’s been a tough season for Bowen Byram, who’s missed most of it with injury. It’s great to see him back in action as we’ve seen signs of the play that made him a top 5 draft choice. Pairing him with the incredible Makar should make for must watch game action.

Usually the spot beside Makar has been occupied by Toews, who’s done sensationally in that role. Perhaps some experimentation for Coach Bednar as we head into the postseason. At the very least his pairing with Manson should be capable tonight, as the former Duck brings some appreciated snarl to a blueline that skews heavily towards offensive talent.

Johnson and Johnson are likely both scratches if the Avs are at full health, but the veteran pair should be capable of delivering a worthy performance lower in the lineup like this.