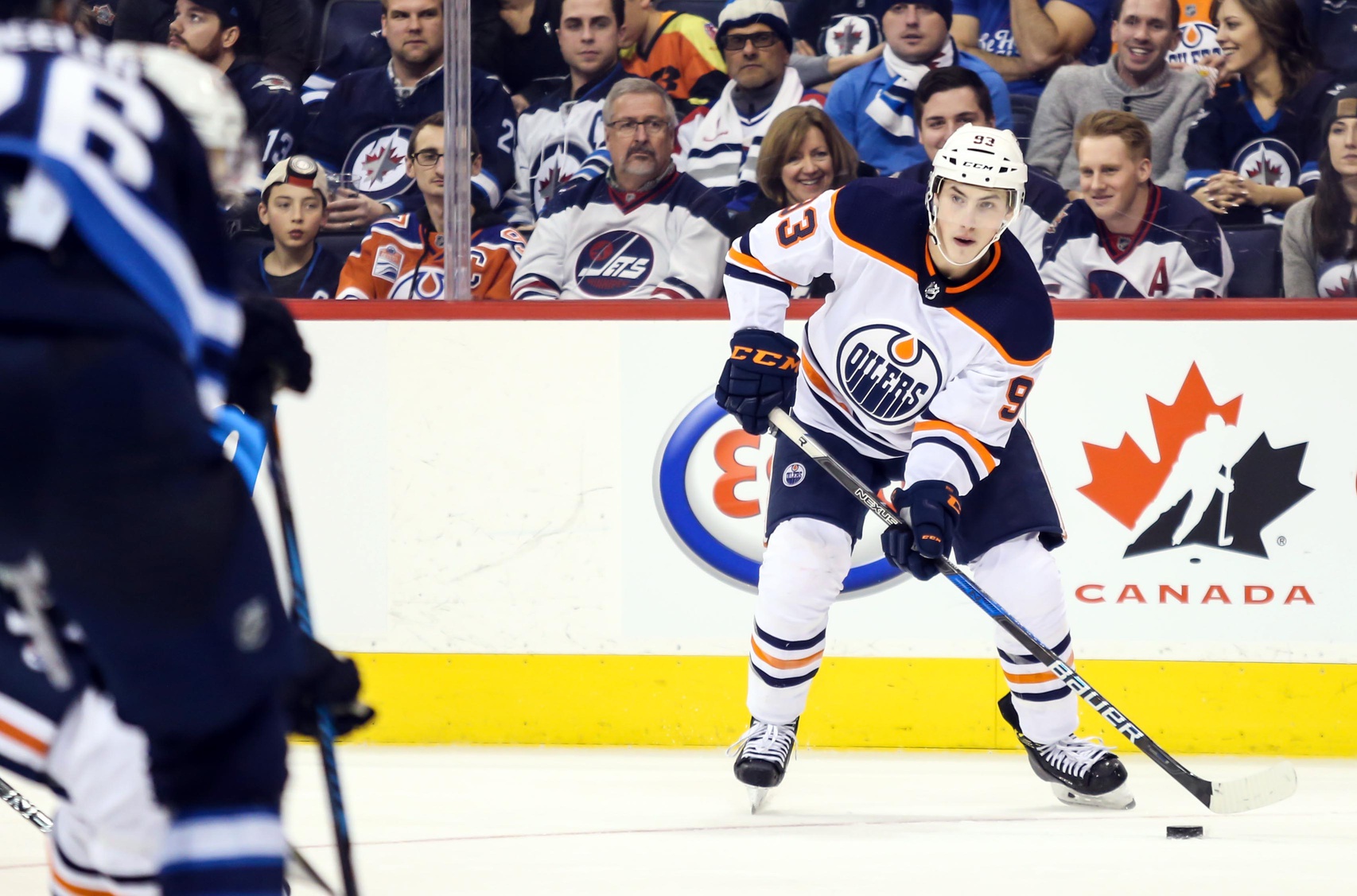 After a perfect 2-0-0 home stand, the Edmonton Oilers hit the road for a pair. They’ll start the brief road trip in Winnipeg as they meet the Jets for the first of three this season. It will be the lone meeting in Winnipeg between the teams, who played a pair of overtime games in Manitoba a season ago.

The Oilers played a much better game on Friday, dominating the Red Wings and getting goals from James Neal and Ethan Bear. They are now 7-1-0 on the season, and sit first in the Pacific Division. Winnipeg is the second central division opponent they will see this season.

Mike Smith gets the start for the Oilers, while Connor Hellebuyck gets the nod for the Jets.

Edmonton: A quick transition game could spark an offensive explosion for the Oilers. Winnipeg’s defense is understaffed right now, and is without doubt the biggest weakness on their roster. If the Oilers can move the puck quickly and attack with their skill, they’ll be in a good position to create chances.

Winnipeg: Play a physical style. The Oilers have a more skill based defense right now and could be susceptible to mistakes if they get pressured. It’s what the Blackhawks and Flyers did earlier in the week, and it worked.

Edmonton: Tomas Jurco must start to produce some offense if he wants to stick in the NHL. Jurco’s best preseason tilt came in Winnipeg, a game where he scored two goals and essentially won a roster spot. Can he steal the spotlight again tonight? With the Oilers searching for some depth scoring, now would be a good time to step up.

Winnipeg: Patrik Laine is, without doubt, the best goal scorer in the central division. He’s a lethal weapon and will provide Edmonton’s penalty kill with their toughest test on this early season. I expect Laine will have some sort of impact on this game.

Gaetan Haas was assigned to AHL Bakersfield yesterday, while Sam Gagner was recalled to take his place. Gagner will serve as a healthy scratch up front, while Markus Granlund returns to the lineup. William Lagesson will sit for the second straight game on the blueline.

The Jets look vastly different than a season ago, specifically on the blueline. Gone are stalwarts Jacob Trouba and Dustin Byfuglien, while young defensemen Tucker Poolman, Neal Pionk and Ville Heinola enter the rotation. The forward group is largely the same, with veteran Gabriel Bourque joining the group.

The Oilers collected three of a possible six points from the Jets last season, going 1-1-1 in the season series. Their lone victory came in Winnipeg, as the Oilers stormed back to take a 5-4 overtime decision. They lost in overtime in December in Winnipeg, then dropped a 4-3 decision on New Year’s Eve at Rogers Place.

The Oilers are 7-1-0 for the first time since 2016-17, which is also the last time they made the Stanley Cup Playoffs. It is one of the best starts in franchise history, and has Edmonton at the top of the Pacific Division. They are second overall in the Western Conference, behind only the Colorado Avalanche.

The dynamic duo has been on a different level for the Oilers this season. Connor McDavid and Leon Draisaitl are the first Oilers since Mark Messier in 1989-90 to have at least 15 points through the club’s first eight games. McDavid was held off the scoresheet in Friday’s 2-1 win over the Red Wings.