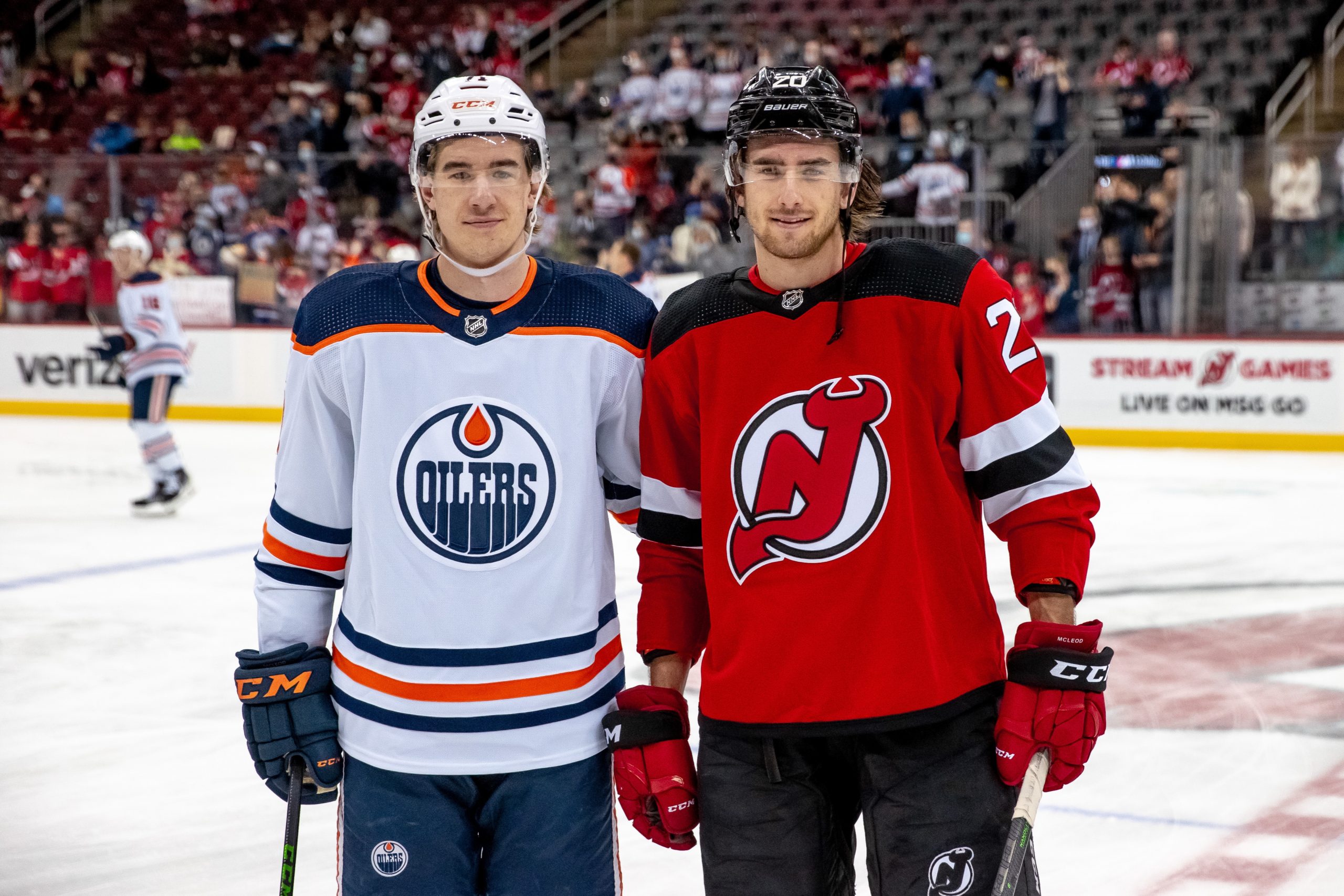 Well, how about that? The Oilers are winners of 4 straight, handling their business against teams near the bottom of the standings, even getting a win out of Mike Smith who put in a strong shift in a 6-1 victory over the Sabres. With the trade deadline coming up on Monday, banking points in these winnable games is extremely important, and for the time being have afforded a slight cushion as the Canucks, Stars, and Jets have begun to surge.

Today the Devils are in town for a matinee, the 2nd McLeod Bowl of the season. Although the Devils have had a tough year, including a dismal 8-20-2 road record, they are not a team without talent. Particularly when Hughes and Hamilton are in the lineup, the infrastructure of a good team is beginning to take shape. Still, the Devils have had some less-than-ideal luck, even now with their top 2 goalies out with injury.

With but a month left in the regular season the stakes are getting higher. The Oilers will play almost exclusively against the Western Conference to finish out the schedule, including multiple games against other teams in the Wildcard race. Needless to say today represents one of the last chances to collect points off an Eastern Conference rival coming west.

We’re expecting Koskinen and John Gilles to get the start in net for their respective teams.

Both McDavid and Yamamoto have been putting up points recently, so it makes sense that their line is sticking together. McDavid often saves a particularly strong stretch of play for the last section of the season, while Yamamoto has begun to flourish in a net front role on the power play.

Puljujarvi, in his second game back, joins the Draisaitl line. Even without RNH the top 6 is looking quite strong.

The Foegele-Shore-Ryan line has been good together which might warrant keeping them together a little longer. The trio might even stick as the fourth line when RNH return to the lineup, joining McLeod. For now the young centre has taken a lower role, but could easily be flipped into Shore’s spot or get more icetime with a coaching decision.

Russell is getting a look beside Barrie. The pair definitely have their differences in terms of style of play, but might struggle with the physicality of in zone defence. The Oilers have time to find the ideal formation before the postseason.

The vision of a competitive Devils team is starting to take shape, and a great deal of their struggles this season can be reasonably attributed to key injuries. The team lacked a lot when either Hughes or Hamilton missed time, while things have been tough of late with Blackwood and Bernier out. Although they are not ready to win just yet, the Devils are an exciting watch.

Bratt has been excellent this season and has really solidified his standing as a top 6 winger. Hughes of course is coming into his own as a superstar, while Sharangovich has long played well on Hughes’ wing.

A nice compliment behind Hughes at centre is Captain Hischier. With more of a defensive slant it helps to have some scoring wingers flanking him. Tatar is a shooter who has been around, while Mercer is authoring a very strong rookie season. Both have good shots, and the trio could be dangerous off of turnovers.

Boqvist and Johnsson give the 3rd line some speed and skill, while Geertsen is something of an enforcer.

Seigenthaler has finally started to earn some recognition as a good defenceman, posting really strong underlying numbers in flow-of-play stats.

Hamilton makes this lineup a lot better when he is available, a true star as an offensive defender, Graves had a nice education playing beside Makar last season and can play a support role in that way.

Ty Smith definitely has some skill, we’ll likely see him continue to blossom.