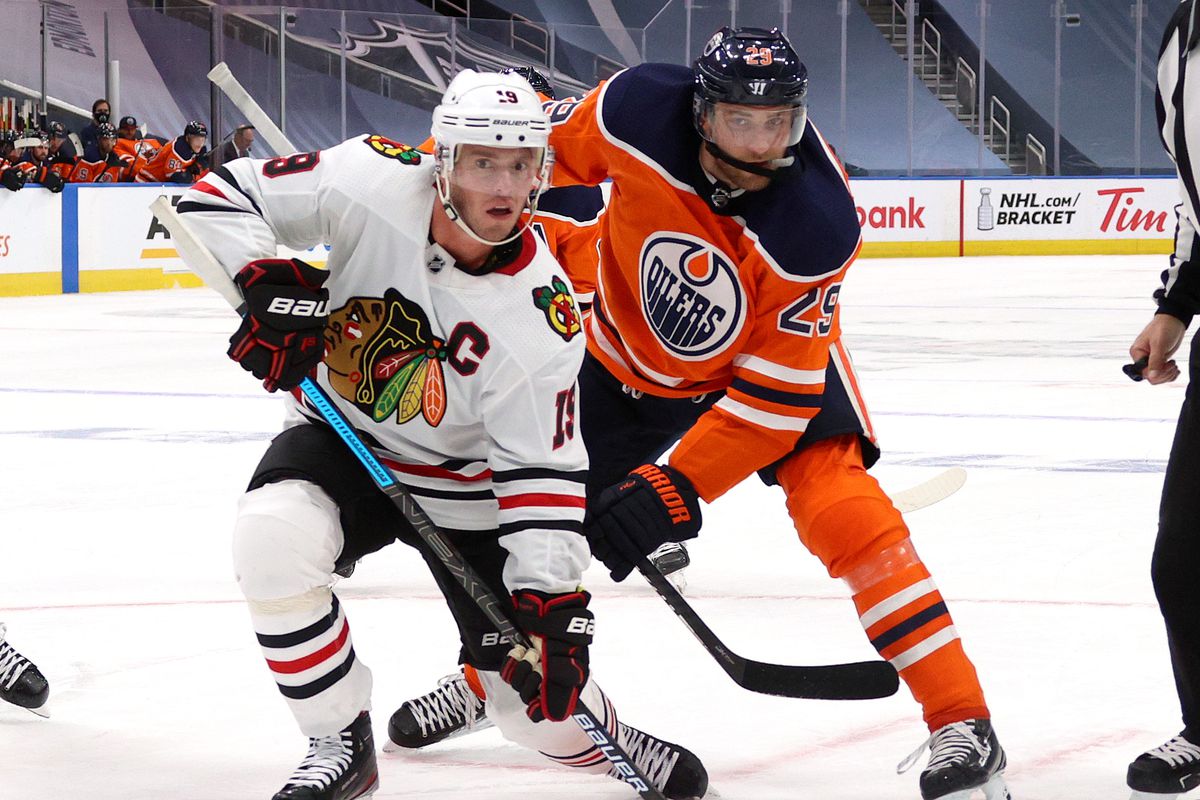 Game 1 was a disaster. The Oilers jumped out to a 1-0 lead, but found themselves down 4-1 at the conclussion of the first period. The final score of 6-4 indicated a closer game than the one that actually took place. The Oilers were largely dominated in Game 1. This series will be over in three games if that is how the Oilers are going to play.

Game 2 provides the Oilers with a chance to turn things around. It gives them a chance to not ‘tip their toes’ in the water, but to dive in and play a committed game. It gives a team that was punched in the face and knocked down a chance to get back up and fight. Will they do it?

Edmonton: It’s simple, puck protection. The Oilers made so many mistakes with the puck on Saturday that it prevented them for getting any momentum. They turned the puck over way too much, got too cute in the offensive zone when trying to create offense, and didn’t win nearly enough battles. If they want back in this series, the Oilers need to protect the puck better and be way more aware.

Chicago: Apply pressure to the puck carrier. The Blackhawks were like a swarm of hornets on Saturday. Anytime an Oiler got the puck, two white jerseys would swarm him and force a quick decision. It forced the crazy amount of turnovers that you saw. If Chicago can apply that pressure and keep the Oilers out of sorts, they can and will win Game 2.

Edmonton: Oscar Klefbom needs to be better. The Oilers best defenseman was a liability on Saturday. That can’t continue if they hope to comeback and win this series. Klefbom needs to be much better moving the puck from defense to offense, and needs to play a much harder game against the skilled Chicago forward group. He and Adam Larsson simply cannot get rolled over like that again.

Chicago: Jonathan Toews was the best player on the ice on Saturday. Fitting that the one star no one was really talking about coming into the series was the most dangerous one. If Toews can control the game at five-on-five the way he did on Saturday, the Hawks have a major advantage in this series. Toews looked like the elite center that led the Blackhawks to three Stanley Cup victories earlier in the decade.

The Oilers are making a goaltending change. Mike Smith will backup Mikko Koskinen, who rightfully gets the start in Game 2. Other than that, the expectation is that the lineup will remain the same. There are some rumblings that Tyler Ennis and Ryan Nugent-Hopkins could swap positions, but we won’t know until warm-ups.

Only one change is expected for the Blackhawks. Forward Drake Caggiula was suspended one game for his hit on Tyler Ennis on Saturday. No replacement has been named, and will not become apparent until warm-ups.

“Obviously looking at yesterday (Saturday), it didn’t go as we planned,” Adam Larsson said Sunday. “Just moving forward here, we have to play them a lot harder, have a little bit more under control. They’re really good players that you have to be aware of and it’s going to start tomorrow. It’s a very important game for us. Play them a lot harder and a lot smarter.”

The Oilers are treating tonight as a ‘must-win’ game. James Neal said it yesterday, Dave Tippett said it today. The Oilers will need their attention to deal to be much better, and their urgency level much higher. Over the last 24 hours, they’ve talked the talk. “We’ll learn from that and we’ll be a lot better tomorrow,” Neal proclaimed.

If there is one positive for the Oilers in this matchup, it is without doubt their powerplay. The Oilers were three-for-four on Saturday, and are six-for-eleven in the season series against the Blackhawks. They’ll need that advantage tonight. The Oilers have killed 11-of-14 penalties against the Hawks this season, but gave up all three goals on Saturday.