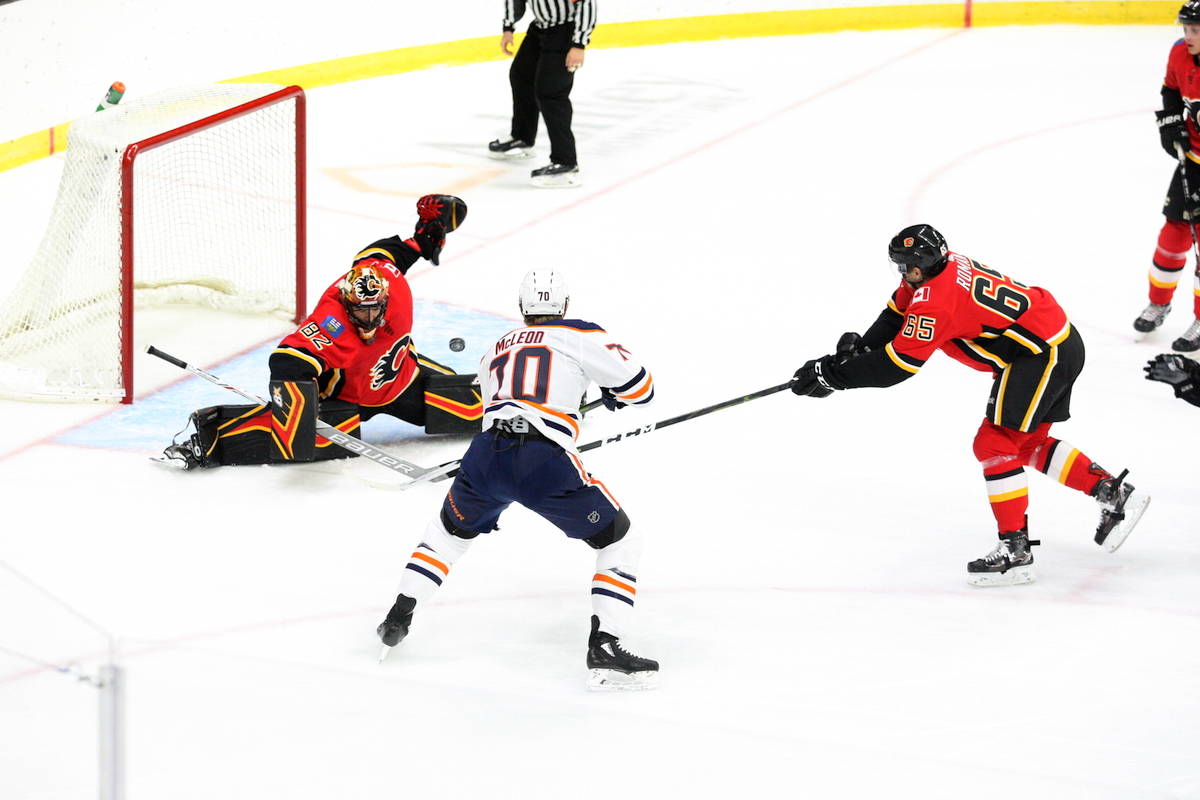 It’s finally back, friends! Hockey returns tonight as the Edmonton Oilers take to the ice for the first time since April 7th. Tonight, it’ll be a preseason Battle of Alberta between the Calgary Flames ‘B’ squad and the Edmonton Oilers ‘B’ squad. The game won’t count in the standings and won’t mean a thing, but it’s still going to be awesome to see live hockey on the TV.

The Flames have a large group in China right now, so the roster you’ll see tonight won’t feature many veteran players. In fact, according to TSN1260’s Jason Gregor, the NHL’s rule of at least eight veteran players in the preseason lineup has been waived to help accommodate Calgary.

Although this game doesn’t matter, there are players to watch and storylines to follow as we begin to crawl towards opening day in Sweden. Tonight we’ll get the chance to see a number of young players and guys on PTO’s make their first impressions.

Interesting that McLeod is getting the push with top prospects Yamamoto and Benson. Although he won’t make the team, McLeod has made an impression early and could stick around late into camp with some good games early in the preseason. That is the line I’m most interested to see, as both Benson and Yamamoto both have a chance to make this hockey team.

Aberg could be in a bit of trouble. Pontus will line up with Gambardella and Currie, who are both expected to play the season in Bakersfield. Aberg was very up and down after coming over at the deadline last winter, and will need a good camp to stick around. He’s starting from behind and I’m a little surprised about that fact.

Ethan Bear and Kevin Gravel, both with NHL hopes, will team up on the top-pairing. I’m interested to see what a healthy Gravel can bring to the table. He’s certainly got the ability to play at the NHL level. Evan Bouchard, naturally, and Logan Day are both interesting players to watch in my mind as well.

Mikko Koskinen makes his Oilers debut, and although it will be against a poor Calgary roster it will still be interesting to see him in game action for the first time.

Calgary is going with a skeleton squad tonight as their main group is off in China taking part in two preseason games with the Bruins. As a result, we won’t see a single NHL regular tonight.

That said, there are players I’m interested in seeing here. Spencer Foo scored 20 goals as an AHL rookie last season and had a pair of tallies in four games with Calgary. At 24 years old he’s gotta be close to making his push to the NHL and that starts tonight.

Mangiapane interests me quite a bit as well, as does Dillon Dube. I think Dube has all the tools to be a top-six forward in the NHL in the near future.

Defensively, we’ll get a look at two top prospects in Kylington and Valimaki, but that’s about it. I do like Ryan Sproul’s game and think he could earn a depth role with a good camp. He can move the puck and has a good shot.

This game won’t be pretty and it won’t be memorable, but it’s going to be interesting and can be a springboard for a number of players on both sides. If Benson, Yamamoto, Bouchard, Bear, Gravel or Chiasson end up making the team, we could be looking back at tonight as where it all began.