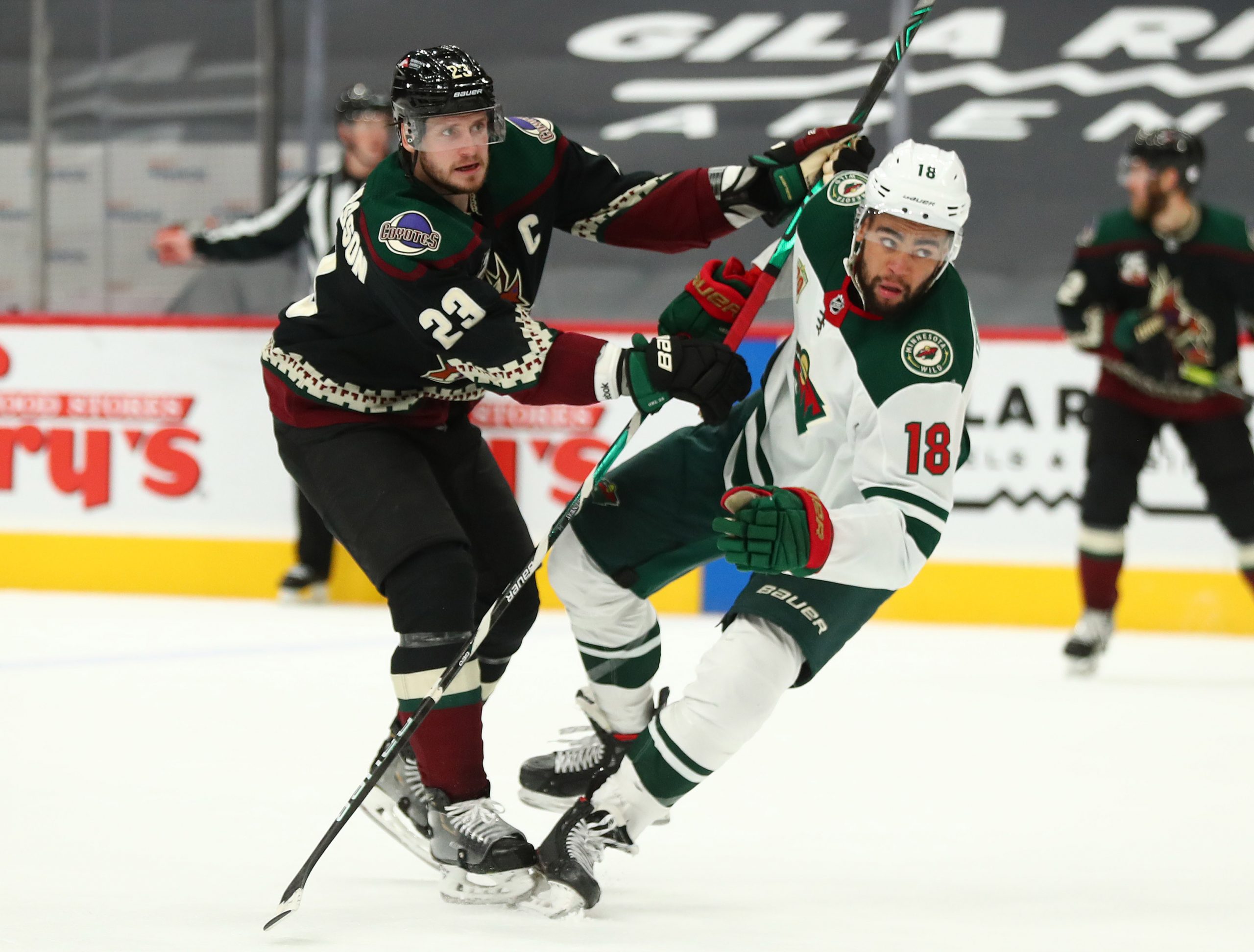 Last fall, in the lead up to NHL free agency, Edmonton Oilers General Manager Ken Holland was involved in some major rumors. The league insiders had Holland pursuing veteran goaltender Jacob Markstrom via free agency, and had him angling for a trade for veteran defenseman Oliver Ekman-Larsson.

Neither move came to fruition. Markstrom signed a long-term deal with the Calgary Flames, while Ekman-Larsson never was traded from the Arizona Coyotes. At the end of the day, Arizona’s franchise face only was willing to play for two teams, the Boston Bruins and Vancouver Canucks.

It should come as no surprise, roughly five weeks away from free agency, that Ekman-Larsson’s name is back on the trade market. This time around, the veteran Swede is more open to different options.

Ekman-Larsson is 29-years-old, a left-shot defenseman and is familiar with Head Coach Dave Tippett from their time together in the desert. With the future of Oscar Klefbom uncertain at best, and with Edmonton’s struggles on the second pairing a season ago, you can bet the club will at least explore the possibility in the coming weeks.

The real question is, however, should the Oilers pursue an Ekman-Larsson trade?

Ekman-Larsson played in 46 of the Coyotes 56 games this past season, scoring 24 points (3 g, 21 a) and finishing with a -17 rating. His three goals was his lowest output since the 2012-13 season, when he played in all 48 games of that lockout-shortened year.

The underlying numbers for Ekman-Larsson also paint the picture of a player whose best days are behind him. After winning the possession battle virtually his entire career, Ekman-Larsson has been below 50% in each of the last two seasons. He posted a Corsi For % of 48.2% (.3 Rel) and a Fenwick For of 46.6% (-1.9 Rel) in 2020-21. It was the worst Fenwick number of his career and the second worst Corsi, behind only 2019-20.

In terms of goals, the Coyotes were outscored 38 to 24 with Ekman-Larsson on the ice, managing to get just 38.71% of the goals. The expected goals percentage was better, but still poor at best. Ekman-Larsson’s xGF% of 42.02% was one of the worst on the team, a team that missed the playoffs.

If the declining performance doesn’t scare you away, the contract and the likely ask in a trade probably will. Ekman-Larsson has six seasons remaining on his contract, on which carries an AAV of $8,250,000. It’s a big ticket deal reserved for top-end players, which at this point Ekman-Larsson is no longer.

The Coyotes also won’t give Ekman-Larsson away. Yes, they’ll need to retain salary or take a bad contract or two back to make things work, but even then it’s fair to question whether this deal would be worth it for Edmonton.

Arizona will be looking for draft capital, and Edmonton’s only real pick of value in 2021 is their first round selection, which comes 19th overall. The Coyotes will also likely want an NHL defenseman back, and a prospect.

If you are the Oilers, would you deal the 19th overall pick, Caleb Jones, and a prospect like Dmitri Samorukov, Philip Broberg or even Evan Bouchard? For prime Ekman-Larsson, I’d consider it. For the version we have seen the last two seasons? No chance.

Holland would be better off scouring the free agent market for a second pairing option. Jake McCabe, formerly of the Buffalo Sabres, is a good buy-low option for the team. Jamie Oleksiak, who the Oilers tried hard for at the trade deadline, will also be a free agent. Alec Martinez, Zdeno Chara, Dmitry Kulikov and Ryan Murray will all be on the market too and will cost less than Ekman-Larsson.

At the end of the day, while the reward is potentially very high, the risk involved is even higher. At 29, it’s very likely that the prime of Ekman-Larsson’s career has come and gone. With his recent track record, bloated and lengthy contract, and the cost of trade associated with him, it’s too big of a risk for the Oilers.

Edmonton needs to have a good off-season, and trading for Ekman-Larsson could severely hamper their ability to address the issues in the bottom-six forward group and on the left wing.

Holland is better off keeping his powder dry when it comes to Ekman-Larsson and using his cap space and assets elsewhere.