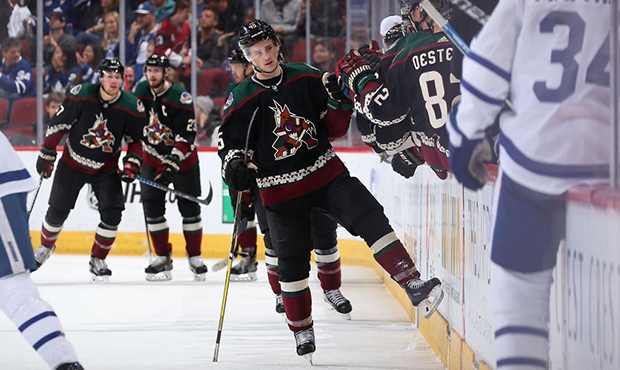 For the first time since July 1st, there has been movement from the Edmonton Oilers. The club announced a one-year deal for right winger Josh Archibald on Tuesday morning. Puck Pedia has confirmed that the AAV on the deal is $1,000,000.

Archibald’s possession numbers have dragged in the last few seasons. He’s failed to hit the 50% mark, posting 46.4% and 43.5% CF%’s in each of the last two seasons. His Corsi rel of -6.3 was among the worst on the Coyotes this past season.

Archibald will audition for a role in Dave Tippett’s bottom-six this fall. His offensive production, 12 goals in 68 games this past season and five in 39 games in 2017-18, is good for a depth player. If Archibald stays within his career average, he’ll be good for 10-12 goals in 2019-20. That will certainly help.

The Regina native is described as a “hard worker” who plays a physical game and can chip in on the penalty kill. He averaged 1:36 per game on the PK a season ago.

This isn’t a sexy move, but it could be a solid one for an Edmonton team desperate for depth. Archibald posted a mark of 1.52 points-per-60, a solid total that would add an offensive element to the team’s bottom two lines.

When you factor in his depth offense with his speed, aggressiveness and PK ability, the Oil have to be happy with this deal. Archibald won’t move the needle, but he can help the team. That’s all you want from a depth signing.

I don’t think this is the last we will hear from Ken Holland this week.