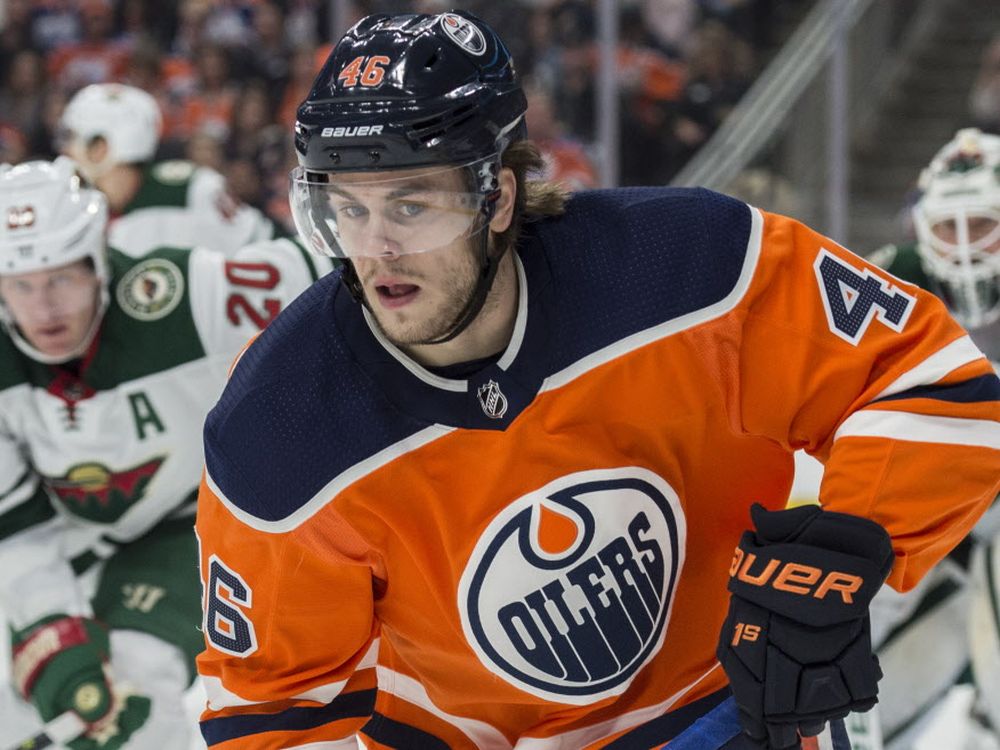 We continue our training camp preview here at The Oilers Rig today with a shift from three burning questions to three breakout candidates for the team. Every club has one or more players who come out of nowhere and perform above expectations.

Even in a down year, like the one the Oilers just suffered through, players can emerge and become bright spots for their club. Jujhar Khaira was just that a season ago for the Oilers, turning from a maybe prospect to fan-favorite in the bottom-six forward group.

Edmonton has a number of holes still to be filled on the roster, meaning a number of players could be put in positions to succeed like they never have before. That means there are ample breakout candidates on this roster heading into training camp.

Here’s a look at my top three breakout candidates for the Oilers heading into camp 2018.

1.) Matt Benning: Benning enters his third season in the NHL looking to jump from being a solid third-pairing option to being a top-four defender for the club. Edmonton needs him to do just that, as Andrej Sekera won’t be available for most of the coming season.

Benning has good mobility, can move the puck, has a decent shot and shows well in almost every possession metric. He’s not a sexy defender by any means, and he won’t put up 30 points a season, but he’s extremely solid and can help with the transition game.

Arguably the biggest reason why Benning could evolve into a top-four defender is new assistant coach Trent Yawney. Yawney has had great success developing young defenders for quite some time, and Benning certainly has the skills to flourish in this league.

If he’s given the opportunity and responds to the challenges placed in front of him by Yawney, he could breakout and fill a big hole for the Oilers on the blueline this winter.

2.) Jesse Puljujarvi: No one could have imagined, after he fell to Edmonton in the 2016 NHL draft, that we’d be talking about Puljujarvi being trade bait two years later. Sadly, that verbal found its way to the forefront earlier this off-season. Luckily, Puljujarvi wasn’t traded and spent his summer working hard back in Finland.

Puljujarvi looks lean, he’s looked terrific on the ice this summer and it looks like he’s got the backing of GM Peter Chiarelli based on comments from earlier this summer.

Edmonton will have at least one spot open in the top-six this fall, and it is very possible Puljujarvi is the man who takes that job. He’s an extremely smart player, has great size, skill and speed. He’s the complete package, but has yet to put it all together at the NHL level to this point.

Is this the year Puljujarvi, very much expected to be an impact player, breaks out? The job is in front of him, he’s had a great off-season, and the organization believes in him. All of that points to Puljujarvi being a strong candidate for a breakout this winter.

3.) Pontus Aberg: He missed practice in Florida and was a healthy scratch shortly after being acquired from Nashville at the trade deadline. At that moment it looked like Pontus Aberg had already blown his chance to win a key role with the Edmonton Oilers.

But then he came back. Not only did he return to the lineup, but he scored three points against Carolina that night, and kicked off a four game point scoring streak. He went quiet after that, and was again a healthy scratch for the final two contests of the season. A strange, but brief, tenure in Edmonton to be sure.

Aberg, however, has speed and he has skill. He proved to be a quality scoring option in the AHL, and he totaled eight points in 16 games with the Oilers after the deadline. He’s often the forgotten one, but this speedy winger will enter camp with every chance to earn a job and potentially minutes on a skilled line.

Can Aberg turn his promise into production? It remains to be seen, but he is flying under the radar right now. He’s got the tools to be a real top-nine forward in the NHL. Can he breakout and do it this winter? It appears he’ll get the chance, which lands him on this list.