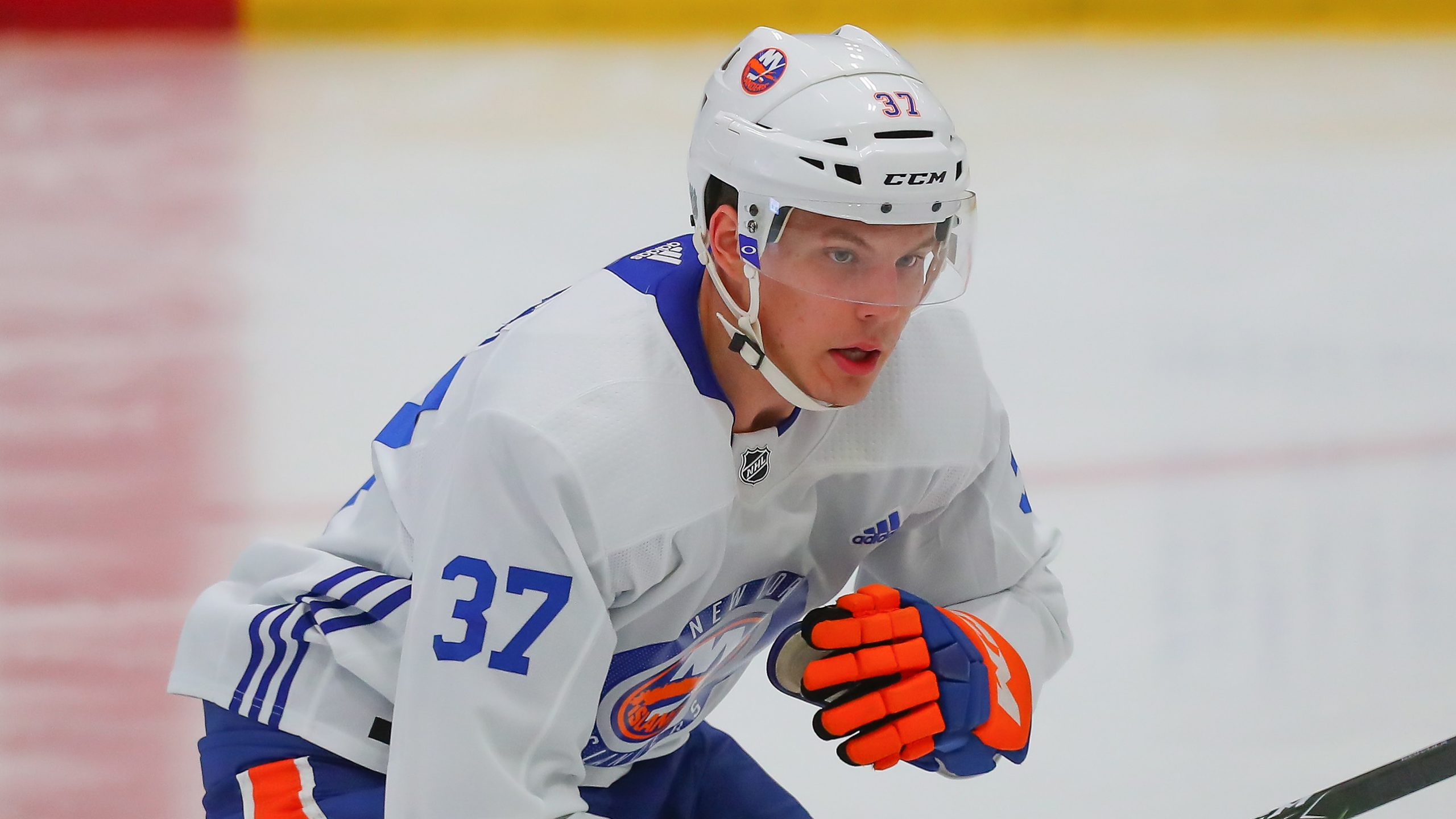 PHILADELPHIA, PA — It will be a debut he won’t soon forget.

Otto Koivula made his NHL debut on Saturday as the Islanders rallied from a three-goal deficit to beat the Philadelphia Flyers 4-3 in the shootout.  The 21-year-old played 7:14 and centered the team’s fourth line with Michael Dal Colle and Ross Johnston.

“I played my first exhibition game against Philly here and now I played my first NHL regular-season game here, so it’s an unreal feeling right now. I can’t wait for the next one,” Koivula said.

Before the game, Trotz wouldn’t tip his hand about whether or not Koivula would finally make it into the matchup with the Flyers, but it appeared it might come on Saturday when Thomas Greiss tried to give the rookie a solo lap during warmups. Koivula is on his fifth call-up from AHL Bridgeport with the Islanders still dealing with injuries.

Otto Koivula made his NHL debut tonight here in Philly! Welcome to The Show, Otto! 👏👏 pic.twitter.com/jtgGUXbKOA

The rookie took the spot of Leo Komarov, who is rarely a healthy scratch for the Islanders. It was a decision that Islanders coach Barry Trotz said he went back and forth with all day.

“I just felt it was a team that had some size and I know (Koivula) is a good player. I figured let’s take a look just because we have a lot of guys who have stepped up,” Trotz said. “He’s a very intelligent player. People tend to forget he could have played junior hockey last year and he’s a big body. He’s an intelligent player and he has good hands. As he grows into his body he’s going to get quicker and stronger.

“He’s going to be a load to handle down the road.”

Koivula had two shots on net and went 0-for-2 in the faceoff circle on Saturday night. He didn’t take any special teams time, which is where Komarov comes in hand for the Islanders.

The veteran forward has played an important role on the Isles’ penalty kill. which was felt on Saturday.

“We started taking a couple of penalties and the penalty killers were taking penalties, and we didn’t have Leo. Guys had to step up there,” Trotz said. “He’s important on the penalty kill. He brings guys in the fight, so those are difficult scratches to make. The intangible guys.”