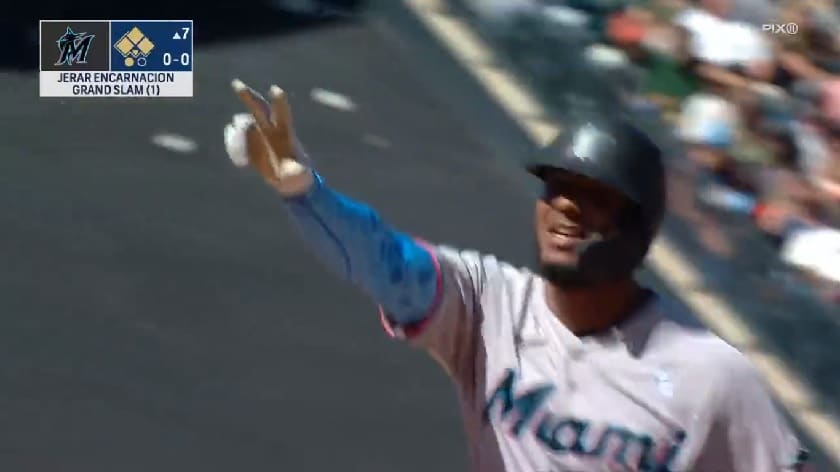 Baseball seasons are like Survivor. Outwit, Outplay, Outlast. 90 percent of the battle is the first two. The Mets have Buck Showalter for the “Outwit” part, and Billy Eppler has put the pieces in place for the Mets to Outplay the rest of the National League more often than not.

Outlast? Well, obviously this is a 162 game season, so outlasting everyone is about health and conditioning through a long season, especially one with a short spring. But for the purposes of Sunday’s game against the Marlins, the Mets simply had to outlast Sandy Alcantara. Outwitting him, outplaying him, and certainly outpitching him seem out of the question with the season that he’s having. But what the Mets needed to do was outlast him step by step to get to that Marlins bullpen and have a chance. Chris Bassitt tried like hell to do that as he matched zeroes with Alcantara for six innings, and when the Mets scratched out a two out run in the 6th on a Francisco Lindor RBI single, it seemed like the Mets really had a chance to overcome one of the best pitchers on the planet.

But Bassitt gave up two singles and a walk which sandwiched an out, and Buck Showalter brought in Seth Lugo to face Jerar Encarnacion, who was playing in his first ever game and had already threw a seed from deep right field to nail Tomas Nido trying to stretch a single into a double. Encarnacion was the person that Colin Hay envisioned when he sang “six foot four and full of muscles.” But Howie Rose was talking early in the broadcast about how Encarnacion’s bat had yet to catch up to the rest of his skills, so surely Seth Lugo could take care of him with the bases loaded to keep the Mets in the lead, no?

A GO AHEAD GRAND SLAM IN HIS MLB DEBUT FOR JERAR ENCARNACION!!

Jerar just smiled and gave Seth Lugo a vegemite sandwich. (Your definition of vegemite may vary.) His grand slam was the difference in a 6-2 Mets loss, and proved that Encarnacion is going to be a problem for years to come,. Hopefully, it doesn’t also prove that Seth Lugo might be a problem right now, but the Mets could really use him to return to his form from 2018 and 2019. His strike percentage was at 61% coming into the game, near the bottom on the Mets, and today he threw 13 strikes out of 22 pitches. His first pitch strike percentage was at 57.5% coming into the game, and throwing a first pitch ball to Encarnacion along with falling behind 3-1 didn’t help him today. Lugo by no means has been terrible this season. In fact his WHIP of 1.12 is a solid bounce back from the last two seasons when it was 1.325. But if he doesn’t find a little bit more command (maybe putting him in with the bases loaded wasn’t the best idea), then it will cement the Mets need for a reliever or two come trade deadline time.

But that’s long term. As for today, I wasn’t expecting a victory against Alcantara. It was possible had it not been for the 7th, but the Mets are still in great position to take 3-of-4 from the Marlins as they are currently at 9-7 during the June stretch that started with the California road trip. They still have a cushion despite the Braves defeating the Cubs today. But the happiest being in Citi Field today was the hawk that SNY spotted and featured during the last inning of their telecast. Had the Mets come back to win, they probably would have hunted the hawk down and put it in a cage to make it their good luck charm and market it on t-shirts and what not. I’m all for a good luck charm but the hawk is probably happy that it can live its life in peace.

I hope his dizziness isn’t still affecting him in some way.