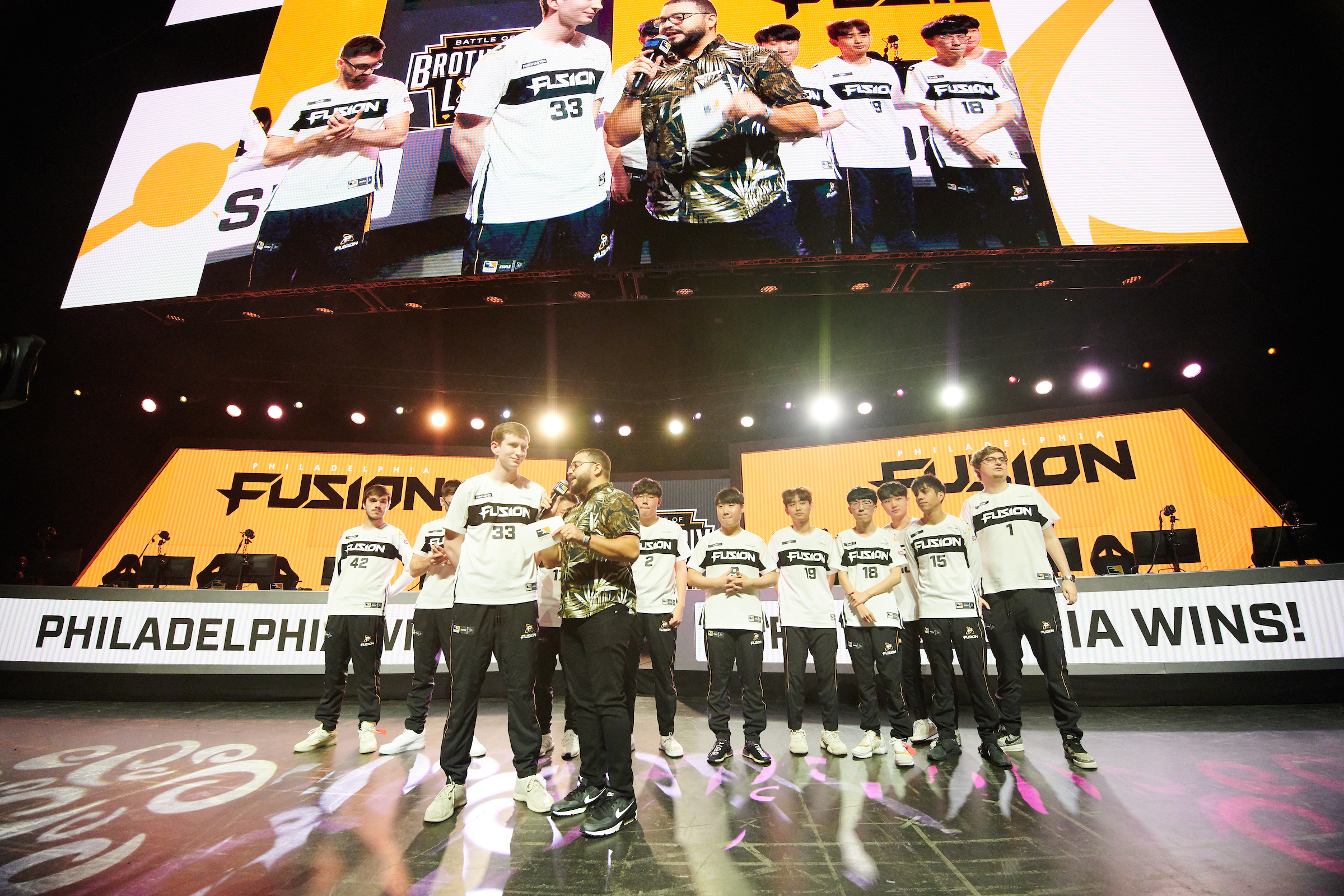 The Philadelphia Fusion held their inaugural homestand at The Met Philadelphia on Broad Street over the weekend.

The Fusion are an esports team that competes in the Overwatch League, a league that has twenty teams filled with professional Overwatch players.

Overwatch is a six-on-six first-person shooter game that is objective oriented. The game is heavily team-based, which means the six players have to be in sync during the game.

The city showed their support for the Fusion, with the Met being near full capacity on both days of the homestand. The crowd was very engaged and excited to cheer for their hometown squad, making it an energetic atmosphere all weekend.

Fusion won and are undefeated at 2-0 for the season right now #OWL2020 pic.twitter.com/cgqCigtH0X

“The Philly crowd is exactly what everyone told me it would be,” Fusion assistant coach Christopher Graham said.

“We got a lot of booing against the other teams. I knew we were going to get cheers, but I’m glad we got a lot of booing. It was nice to have all the Florida Mayhem players walk one by one, so we could just boo them all. That’s exactly how it needs to be,” he said with a laugh.

The Fusion were founded in 2017, but this season is the first that home stands were put into effect.

The Overwatch League held its championship last September at the Wells Fargo Center, but this was the first Fusion-based Overwatch event.

The Fusion opened the 2020 season with a 3-1 win against the Washington Justice. Overwatch is a first-to-three series, with teams needing to win three maps to get a point towards the final score.

In addition to the Fusion’s matches over the weekend, both days had an extra match that started the event. On Saturday, the Mayhem started their season with a victory over the Houston Outlaws.

Then on Sunday, the Fusion and Mayhem faced off after the Washington Justice started the day with a 3-0 victory over the Outlaws. The match was expected to be closely contested, but the Fusion dominated from start to finish, sweeping the Mayhem 3-0.

“Our mentality couldn’t be better. This weekend really couldn’t have gone better. The whole event was crazy, and the results were perfect,” Graham said.

“Both teams we play next week went 2-0 in their first week, so we know that they’re going to be tough games. With New York, there’s a lot of history between our team and their team not only as cities but in Overwatch as well.”

“We knew it was important this week to come in and get wins in front of the home crowd, and now we’ve got to go beat the teams at the top,” Graham explained.

In regards to the Mayhem, they were disappointed by this weekend’s outcome, but know that they have room to improve.

“We didn’t play as well as the opposing team, and that’s why we lost,” Mayhem head coach Kim ‘Kuki’ Dae-Kuk said through a team translator.

“The biggest takeaway from this is that we were not a strong enough team yet. The Fusion are a very strong team for now. What we can tell you is that we’re still a growing team, in terms of our skills and just need to keep working,” Kuki said.

Overwatch is played competitively throughout the world, leading to most of the league’s players originating from other countries. This led to many first-time visitors to Philadelphia, including Beom-Jun Lee of the Mayhem.

Lee, who goes by Gargoyle in Overwatch and is originally from South Korea, was impressed by the city.

“The buildings were impressive, and there is a lot to see in the city,” Lee said. “Compared to Florida, it is very cold, and architecturally all together. It’s a very different experience from Florida.”

As previously mentioned, the Fusion will take on the New York Excel and the Toronto Defiant next weekend. The Overwatch League weekend action will be in Washington, D.C. for the first of five home stands the Justice will have this season.

The Fusion, however, won’t return to the Met for another homestand until May, hitting the road for the majority of their schedule.

Nevertheless, the first Philadelphia homestand was seen by everyone involved as a success, which is a promising sign for an organization that has its own stadium being built-in South Philadelphia.

“I come from England where football/soccer is a huge part of the sporting culture over there. I understand that when your team wins or loses the morale of the city changes.”

“The Fusion doesn’t have Philadelphia dancing up and down yet. But when I got here yesterday, I sat in the crowd a bit and felt the atmosphere. I realized that this is actually pretty important to them,” Graham said.