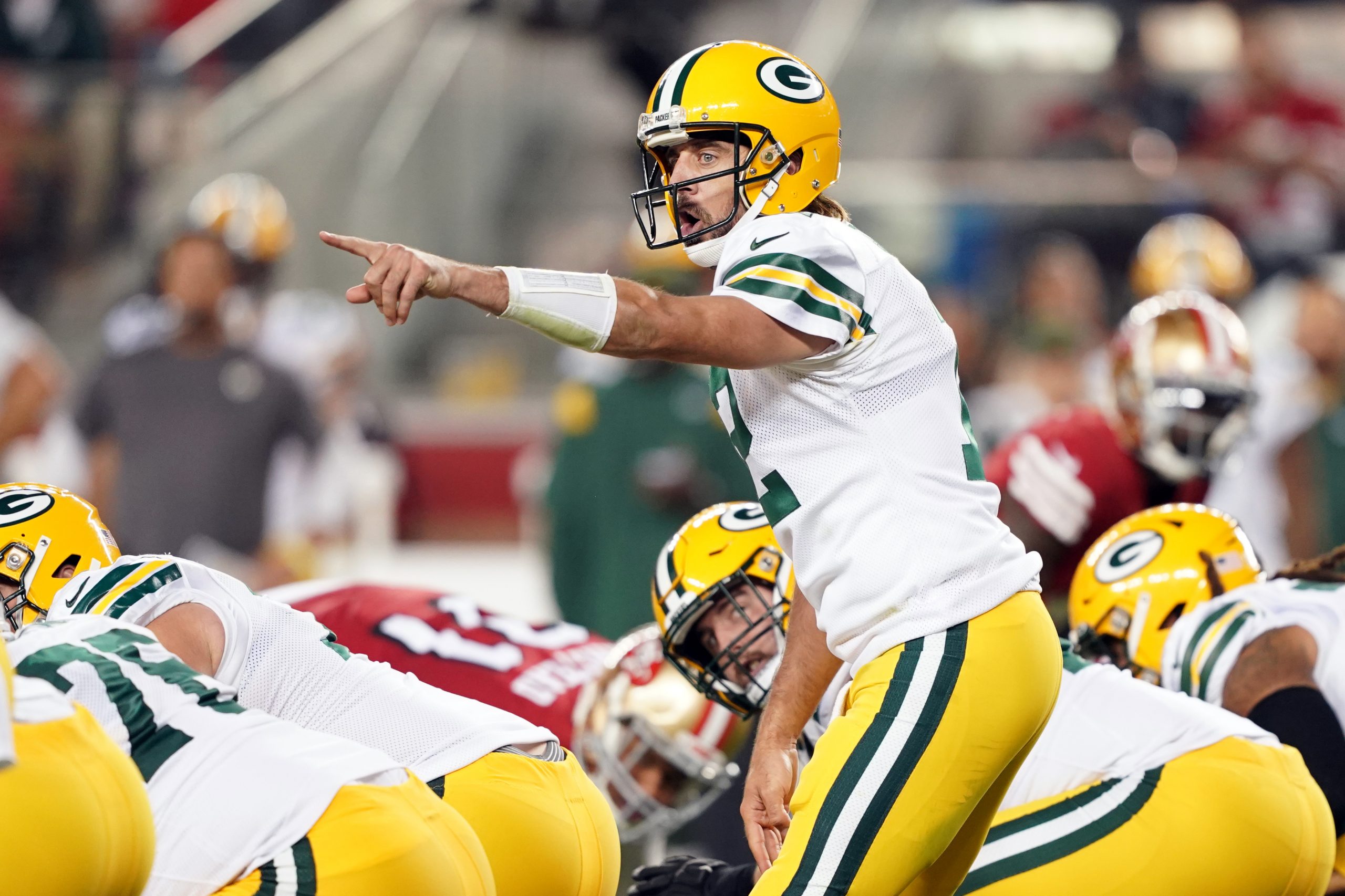 The Green Bay Packers managed a dramatic 30-28 road win over the San Francisco 49ers in Week 3 in a thrilling game that saw the lead change twice in the final minute. The game-winning drive led by Aaron Rodgers covered six plays and 42 yards in just 37 seconds while the team was out of timeouts. But the Packers wouldn’t have even had the chance to kick that game-winning field goal if not for a cadre of backups and role players who were thrust into bigger roles due to injury.

The biggest mismatch on paper was left tackle Yosh Nijman against 49ers defensive tackle Nick Bosa. The Packers were without All Pro left tackle David Bakhtiari and Pro Bowl guard Elgton Jenkins who was playing well at left tackle in Bakhtiari’s absence but was ruled out of the game due to an ankle injury.

Nijman is an undrafted free agent who had never started an NFL game before Sunday night. In fact, Nijman had taken only 14 career snaps on offense before the 49ers game. Meanwhile, Bosa was the second overall pick in the 2019 NFL Draft who made the Pro Bowl in his only healthy season in the league.

Nijman struggled early and Bosa looked dominant in the first quarter. He made several big plays and forced Nijman to take a few penalties as he struggled to cover Bosa. Bosa also knocked down a pass that Rodgers caught for a four-yard loss.

Packers head coach Matt LaFleur did all he could to help Nijman. He put tight ends on that side of the field and used the Packers best blocking wide receiver, Allen Lazard, to help chip Bosa on several plays. LaFleur also called quick passes that Rodgers got rid of in less than 2.5 seconds to neutralize the 49ers pass rush.

“We gave him some help because you’ve got to, Bosa’s such a stud. But there were times where he had no help, and I thought he held up real well,” Rodgers said.

By the end of the game, Nijman had held Bosa to no sacks and one pressure. Nijman was pleased with the support he got throughout his career. “It’s just been a journey,” Nijman said after the game. “I’ve just been trying to be diligent in my doing. I just feel like the coaches trusted me. They had confidence in me. I had confidence in myself, so I think that duo, I was able to actually go out and execute. I just knew I had my teammates, my coaches supporting me as I was supporting the team. That’s what it means. It means that’s just the belief factor. Coaches believing in me and believing in this team and just no hiccups. There might be some little things here and there, but we got the job done.”

The offensive line was dealing with a lot of turnover at nearly every position. Of the five starters against the 49ers, four of them were not starters in 2020. Only Billy Turner, the right tackle, was a regular contributor on offense last season. Second year left guard Jon Runyan, Jr. was starting his second career NFL game while rookies Josh Myers and Royce Newman were each starting their third games since joining the league.

Throughout the game, the offensive line did a good job as the team gained 100 yards rushing on 25 carries for a solid 4.0-yard average per carry. The running game was successful enough to slow down the 49ers pass rush a bit as well.

In the passing game, the offensive line held the talented San Francisco front seven to one sack and just two quarterback hits.

The offensive line wasn’t the only unit that was forced to make adjustments due to injuries. Starting cornerback Kevin King missed the game due to illness. That meant that rookie first round draft choice Eric Stokes had to step up and make his first NFL start.

The Georgia alum played 70 snaps and was in on five tackles while breaking up a pass. Stokes was flagged for a couple of pass interference calls although one of them was extremely questionable. He is still learning the NFL game, but he has outstanding speed and is showing improvement each week.

The Packers are also playing without their best pass rusher, Za’Darius Smith. So, Preston Smith and Rashan Gary have stepped up their game while Jonathan Garvin has been getting some pressure in his first significant work on defense at the edge rusher positon.

During the game, starting inside linebacker Krys Barnes was lost due to injury and Ty Summers and Oren Burks had to get more snaps to fill in the gap. Summers played his first 20 defensive snaps of the season while Burks played 25. Both got the job done despite not knowing they were going to see extensive action in this game.

In the NFL, the cliché is “next man up” when injuries hit. One thing that separates quality teams from the average is the ability of their reserves to get the job done when they need to play due to injuries to the starters. Against San Francisco, the Packers learned that their depth players can help the team pull off an upset road win against a quality opponent.