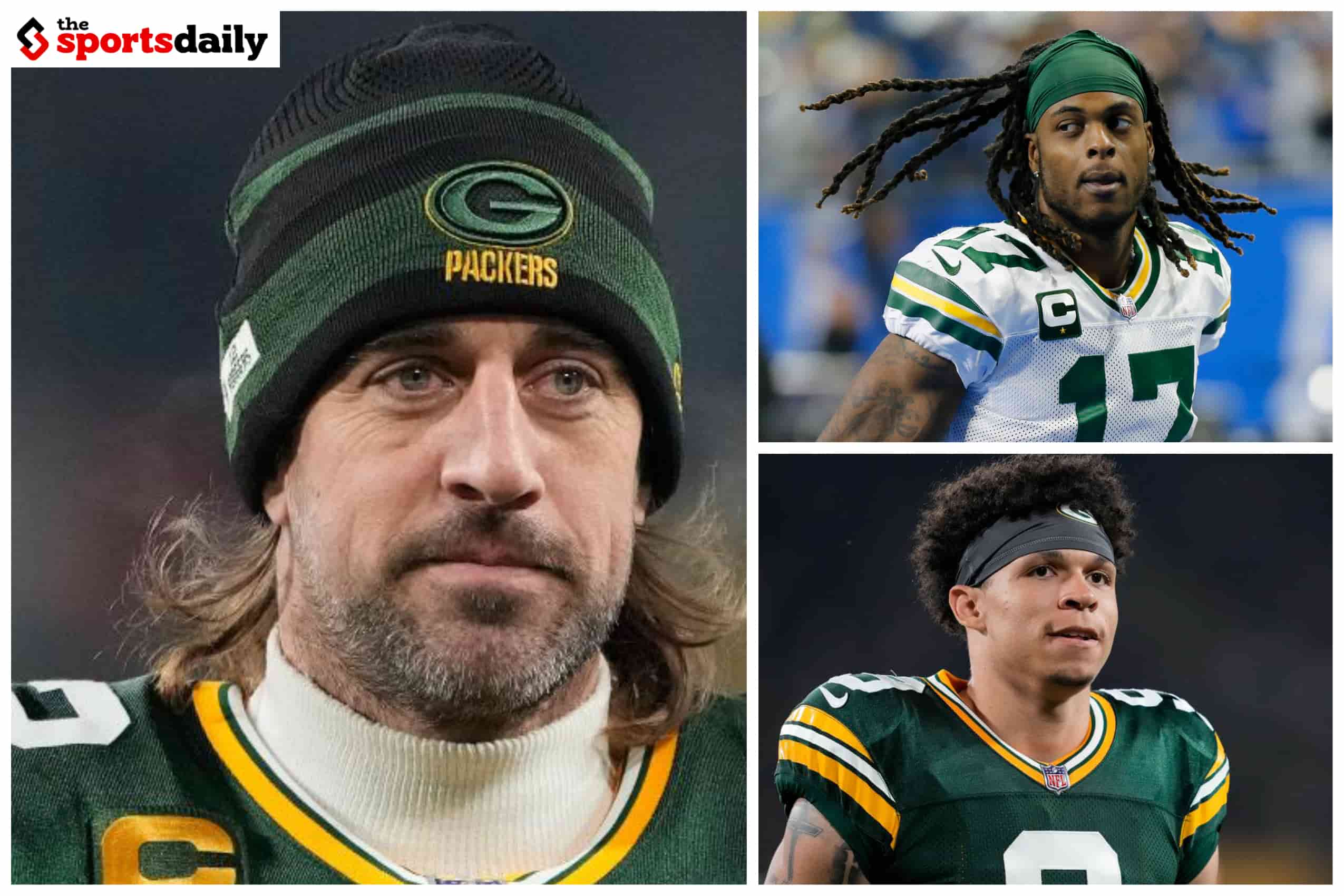 Green Bay Packers quarterback Aaron Rodgers recently spoke of his rookie teammate Christian Watson, who despite having a solid start to life in the NFL has yet to put up any eye-catching numbers.

Watson claimed his first career touchdown against the Patriots in Week 4, but the 23-year-old had somewhat of a slow start to life after being picked in the second round of the 2022 draft.

The North Dakota State product has so far caught six passes for 51 yards after three games played. The wide receiver was ruled out through injury against the Bucs in Week 3, and returned to the side with just 18 snaps in Sunday’s victory.

However, talisman and current MVP Aaron Rodgers has been quick to defend Watson, and with the Packers, who are strong -360 favourites in NFL betting against the Giants this weekend, leaning on a whole host of rookies this year including fellow wide receiver Romeo Doubs, there is certainly a settling in period.

Rodgers likened Watson’s introduction to the team to five time Pro-Bowler and two time All-Pro Devante Adams, who had a similarly slow start to life in Wisconsin.

Congrats to Christian Watson on his 1st career NFL TD, but please watch Romeo Doubs throughout this play.

First off, he executed a perfect block leading to the TD. Secondly, watch his excitement and energy as he watches his fellow rookie score his 1st TD.

Speaking on the The Pat McAfee Show, the 38-year-old said: “Look, I tell you, he’s got special speed. He really does. He’s got incredible stride length.

“When you watch some of the film back, it’s similar to watching Davante his rookie year. You know there were games where I didn’t give Davante a ton of looks, but you go back and watch the film, and you’re thinking, ‘Man, this guy is open often.’

“It’s like that from time to time with Christian. There’s a few routes, I mean not as much as Davante, I just think Davante was a little more polished route-runner as a rookie, but there are a few times where I might need to give him a second look even when things don’t look great from the start because he does have that different type of speed. But we’re finding ways to use him, I think, and again, we have to have patience.”

Despite Rodgers getting acclimatised to a largely new receiver corps, the Packers remain a formidable contender in the NFL this season after going 3-1.  They become the 32nd and final side to play outside of the US when they make the trip across the pond to face the New York Giants on Sunday in London.